Opening statements are scheduled Thursday in the retrial of a former Navy helicopter squadron commander accused of trying to rape a junior officer in her San Diego home. 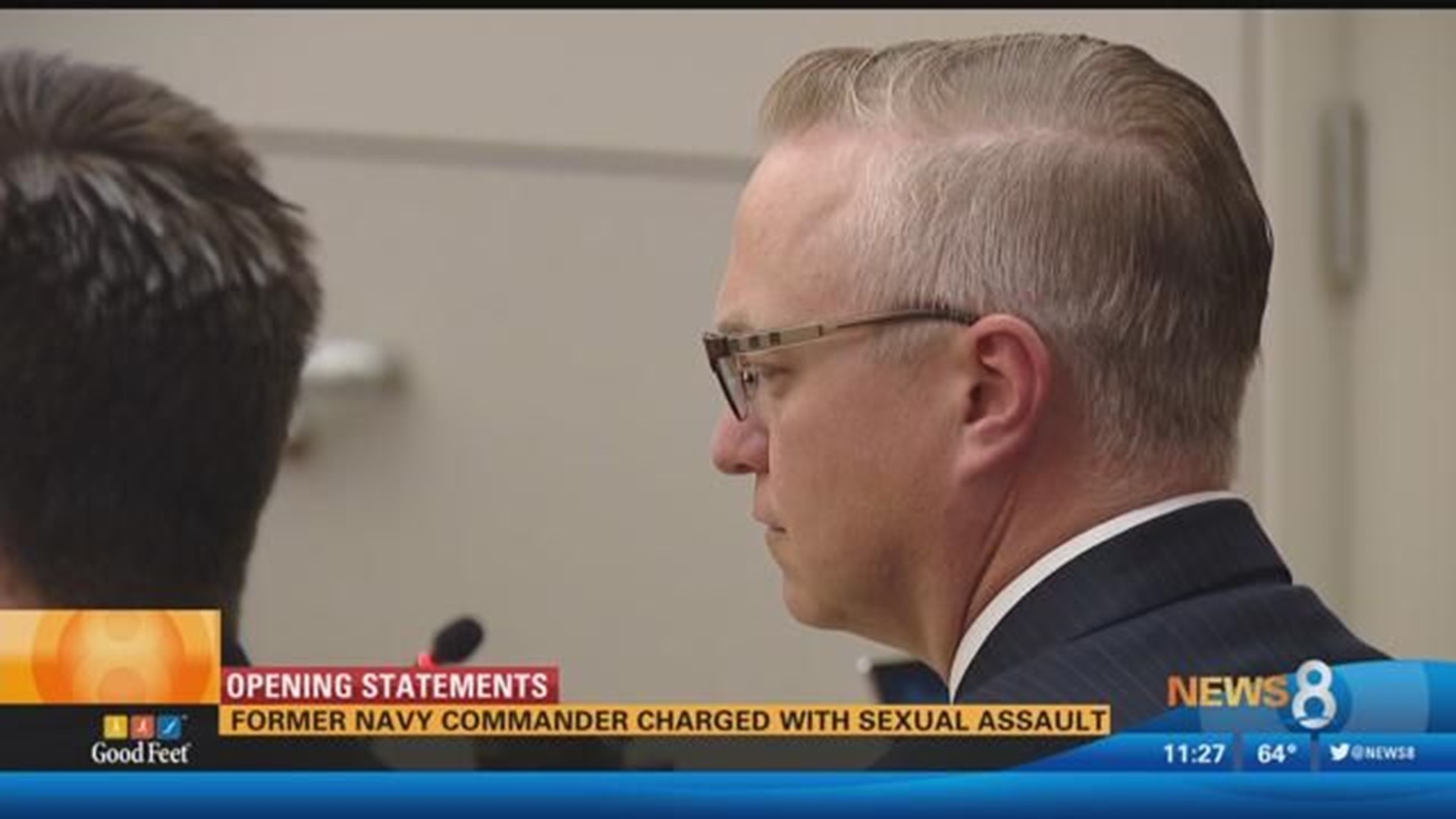 SAN DIEGO (NEWS 8/CNS) - Opening statements were delivered Thursday in the retrial of a former Navy helicopter squadron commander accused of trying to rape a junior officer in her San Diego home.

In December, jurors deadlocked on whether to find John Michael Neuhart II guilty of assault with intent to commit rape during a burglary and attempted forcible rape, voting 11-1 for conviction.

During opening statements jurors heard two differing accounts of what happened the night Neuhart is accused of trying to rape the woman - who had worked under Neuhart's command in a helicopter squadron in Guam.

"She would say one thing and then would do another," said defense attorney Kerry Armstrong. "She would say 'Get out of my house,' and then she would pull him closer and they would kiss."

Attorneys showed surveillance footage, which the court ordered News 8 not record, from the night of September 12, 2016 starting at the Manchester Grand Hyatt.

Armstrong talked about the victim saying she was never attracted to Neuhart, but says the video says otherwise.

"It shows the two hugging, holding hands, kissing with pecks, kissing with making out, if you will, for a couple hours there at the Hyatt" said Armstrong.

Attorneys said both Neuhart, the married father of six, and the female victim, a Navy lieutenant and helicopter pilot, had a lot of drinks.

When discussing the ride from the hotel to the alleged victim's house, attorneys gave conflicting reports of Neuhart's sexual advances.

"The driver hears [the woman] say 'Stop' at least 10 times," said Deputy District Attorney Jennifer Tag. "The first time she says 'Stop' it's forceful enough, in the driver's opinion, that he that he thinks she is talking to him, and he stops the car."

Armstrong, on the other hand, says it was a romantic ride.

"Mr. Neuhart will tell you that he asked [the woman], because she kept saying 'No. Stop,' several times during the ride - he asked her something to the effect of 'Does no mean no tonight?' and she replied, 'No it doesn't mean no, basically no means yes,'" said Armstrong.

Coming up in the trial, jurors will hear from DNA experts, doctors involved - and the neighbor who called 911 after hearing screams is set to take the stand on Monday.

Neuhart - who is still in the Navy - faces life in prison if convicted of the most serious charge of assault with intent to commit rape during a burglary.