The parents of a murdered Poway teen are marking five years since her death with renewed efforts to keep parolees from re-offending. 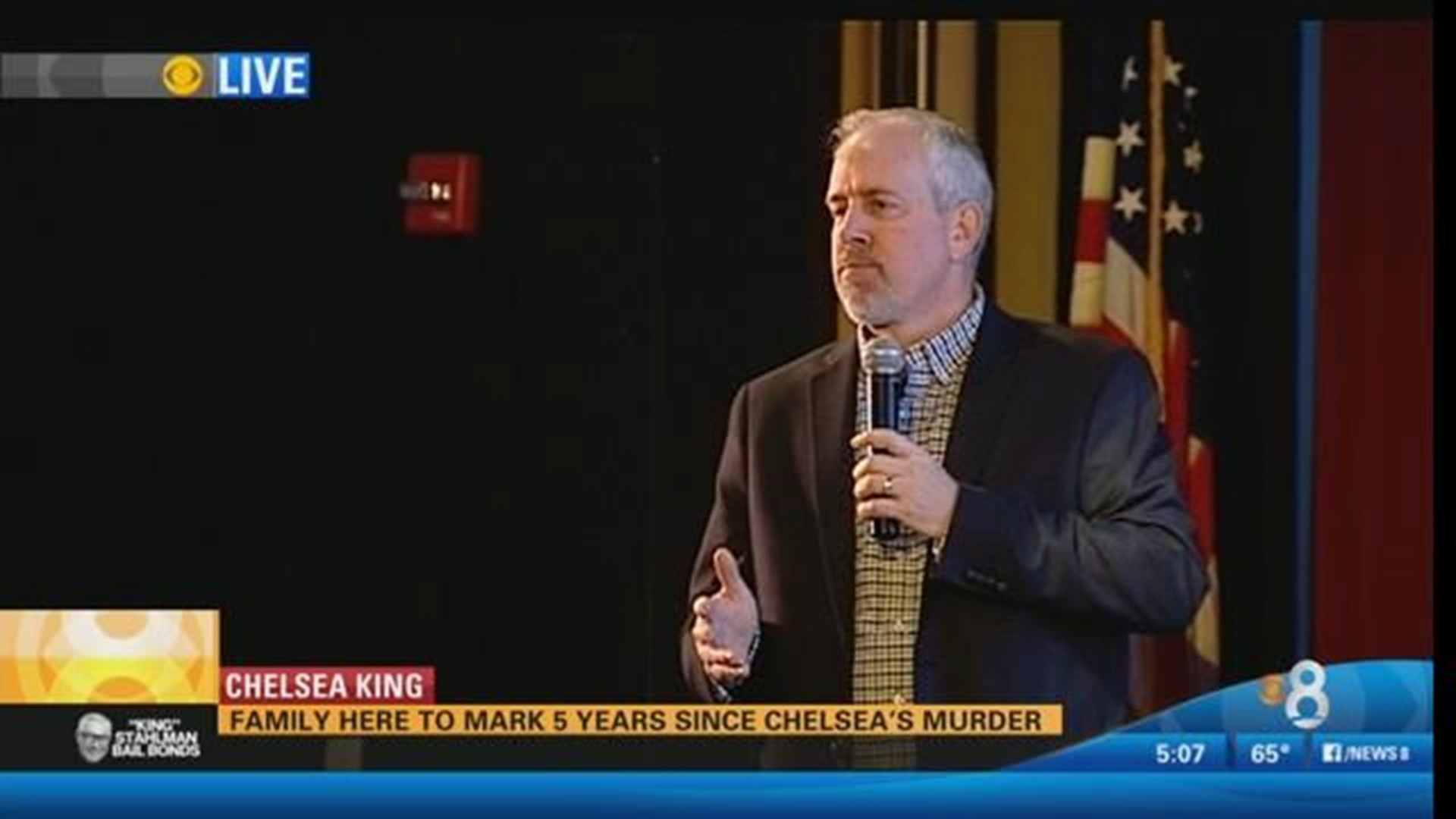 POWAY (CBS 8) - The parents of a murdered Poway teen are marking five years since her death with renewed efforts to keep parolees from re-offending.

Chelsea family visited Mount Carmel High School Thursday to highlight their work, which protects the children from violent sexual predators. Her father Brent King also spoke to students at Poway High School, where she was a beloved student.

"It's a paradox to be here. It's painfully beautiful. I feel her everywhere at Poway High School. I miss her so much. I also feel her so much," he said.

The Kings are in town making presentations at eight high school and middles schools Thursday and Friday, turning pain into purpose after Chelsea's 2010 death at the hands of convicted sex offender John Gardner. The 17-year-old – a scholar and standout athlete – was raped and killed while jogging in the hills above Lake Hodges.

The King family is also promoting a scholarship program in Chelsea's name, and the annual Finish Chelsea's Run 5K event.

"Chelsea made a big impact on the San Diego community. It's a powerful thing to look back and say why did this kid mean so much? She lived life in a way that was spectacular," Brent King said.