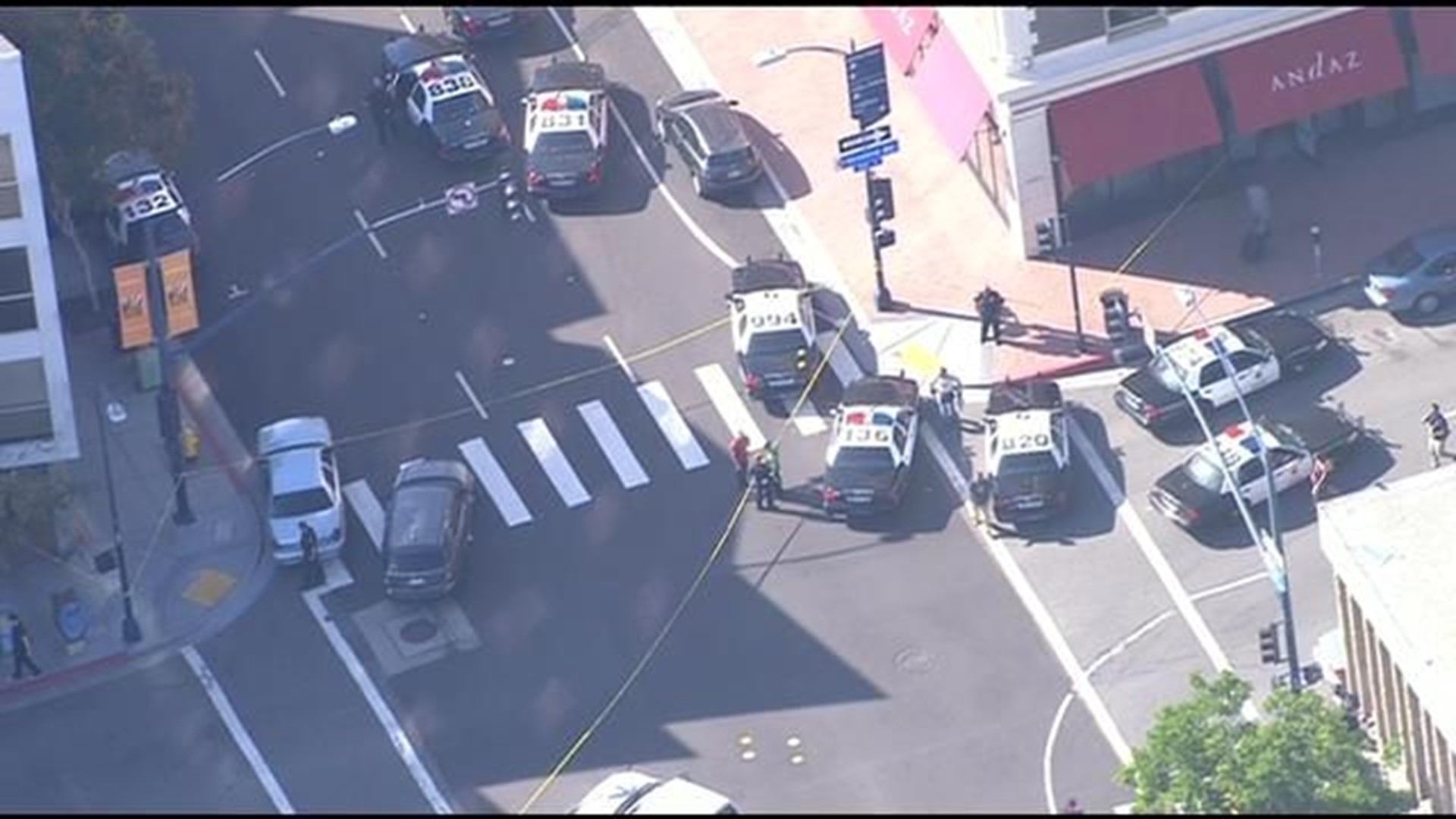 The San Diego Police Department said two officers fired in self-defense Tuesday, killing a man when he allegedly pulled a gun on them as they chased him through the Gaslamp District.

39-year-old Lamontez Jones, who was later found to be the subject of an outstanding armed robbery warrant out of Virginia, bolted when one of the officers tried to contact him about making a disturbance and interfering with traffic near Horton Plaza about 2 p.m., according to San Diego police.

Fearing for their lives, the officers opened fire on Jones, who fell onto the roadway, Nisleit said. He then began to sit up and raise the weapon again, prompting them to shoot him again.

Nickolas Wheeler, 19, was stopped at the light on F Street when police shot and killed the 39-year-old suspect. The video shows the suspect on the ground, reaching for his gun, when six shots are fired, followed by three more.

"They just killed this dude on the street. I didn't know what was going on right away," said Wheeler.

One witness said police did what they needed to, to protect tourists and families in the bustling Gaslamp.

"They definitely did what they were supposed to do, and I think they handled it very well," said Wheeler.

Medics took Jones to UCSD Medical Center, where he was pronounced dead.

Police shut down the intersection where the shooting occurred along with nearby traffic lanes to allow detectives to gather evidence.

The officers involved in the shooting did not activate their uniform- worn cameras before or during the encounter, the captain told reporters in response to a question on the topic. It was unclear why they failed to follow that department procedure, which is supposed to take place prior to all citizen contacts.

One of the officers has been with the SDPD for 30 years and the other for 25 years, police said.

Virginia authorities had warned that Jones should be considered armed and dangerous, police said, but that was apparently unknown to the officers at the time of the shooting.

This is the second time since April that officers didn't activate their body cameras during an officer-involved shooting. According to policy, they're required to be on during a call.