An investigation is underway Sunday into an alleged arson attack at a mosque in Escondido. 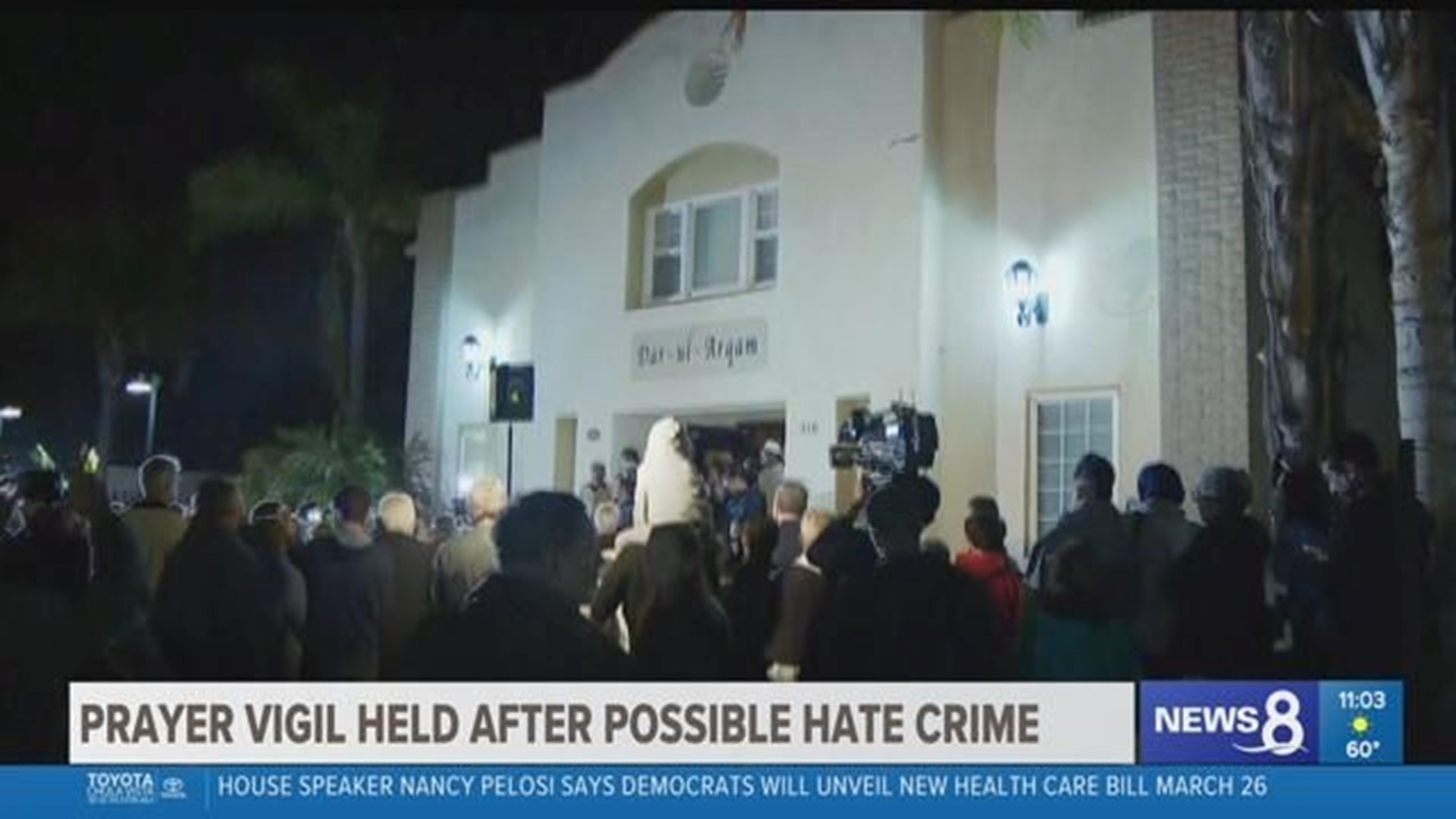 ESCONDIDO (NEWS 8) – Police Monday were searching for an arsonist suspected of starting a fire at an Escondido mosque and leaving graffiti referencing deadly attacks at two mosques in New Zealand.

The fire was reported around 3 a.m. Sunday at the Islamic Center of Escondido on West Sixth Avenue near South Escondido Boulevard, according to Escondido police.

Seven people were inside the building when they noticed a fire had been set to the outside of the mosque, Escondido Police Lt. Chris Lick said. They were able to get the blaze out with a fire extinguisher and called 911. None of the people inside saw who set the fire.

According to police, the fire caused minor damage to the exterior of the mosque. When crews arrived, they also found graffiti with a hate message spray painted on the wall.

Graffiti was left on the building making reference to the terrorist attacks that killed 50 people at two mosques in Christchurch, New Zealand, earlier this month, Lick said.

Detectives were investigating the incident as an arson and a possible hate crime, according to police.

Agents from the FBI and BATF are also assisting with the investigation, according to a statement by Escondido police. The statement also said uniformed officers would be providing additional patrols in the area of the mosque.

No injuries were reported and no information on suspects was available.

"Our message to community is to make sure they keep a watchful eye out," Lick said. "If they see something suspicious, especially around a house of worship, they should call police."

Anyone with information about the investigation is encouraged to contact the Escondido Police Department.

The Islamic Society of North County organized an "interfaith prayer and security" vigil outside the mosque Sunday night.

A press release on the vigil read in part:

Once again, we will stand together in love and prayer as we show our unified support for the members of this local Mosque and for the Muslim community at large. All are welcome to attend.

Editor's note: A previous version of this story indicated that the prayer vigil would be held at the mosque but was later moved to be on the corner of a nearby intersection instead.

Damage to an exterior wall of the Islamic Center of Escondido can be seen on the left side of this photo.