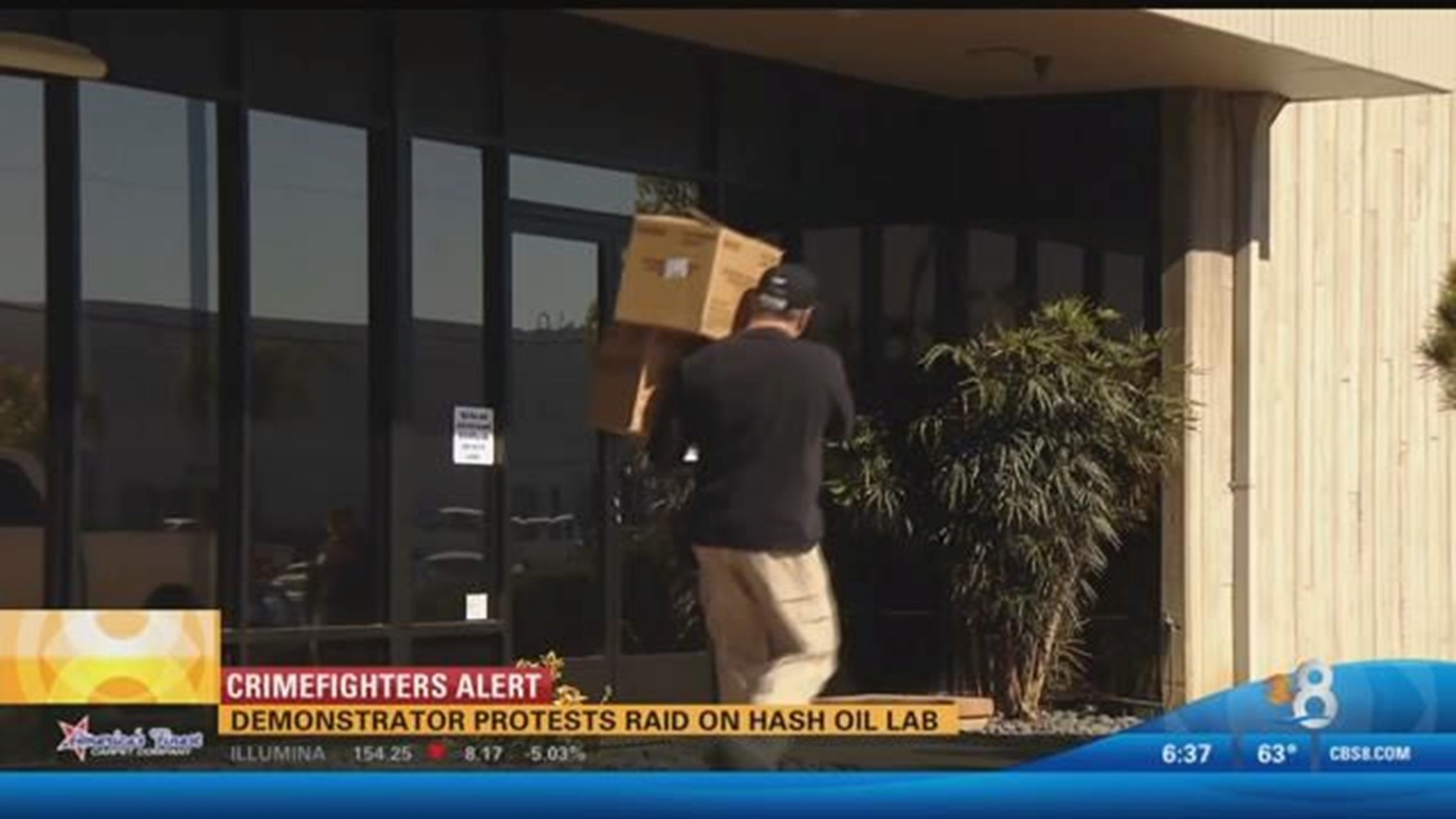 Police say that they had obtained information regarding a hash oil lab operating at Med-West Distribution, located in the 8200 block of Engineer Road. Police raided the building with the assistance of the San Diego Fire-Rescue Hazmat Unit, who were brought in to determine whether or not the environment is safe for investigators to work in.

Police say that the process used by the company to manufacture hash oil is both illegal and dangerous. Police also say that Med-West violated state distribution laws which require that medical marijuana products exclusively be sold to licensed medical marijuana dispensaries.

"I think what we're witnessing is the end of prohibition," said Lance Rogers, Attorney Med-West Distribution LLC. "We're a little baffled as to why it is that they're being raided by the SWAT team, DEA and Hazmat."

Med-West says that they first started discussing issues with the city last April, but they thought those issues had been resolved. Med-West's attorney maintains that the oils produced by the company are legal under California state law.

“In the state of California, we have a situation where it's completely legal to buy it, but police want to shut down the people that make it. But, what we're seeing is the ongoing debate about where those activities leading up to how the marijuana brownie, patch or lotion ends up in a dispensary where seriously ill people buy it from," said Rodgers.

During the course of the investigation, one demonstrator arrived at the scene to protest the police raid.

"This is a terrible act of cruelty perpetrated by Bonnie Dumanis in an attempt to seize assets and shut down the medical cannabis distribution system for people who are ill,” said Terrie Best, Chair of the San Diego Chapter of Americans for Safe Access.

Med-West says that they are cooperating with investigators and have temporarily shut down their operations. The company wouldn't comment on specifics due to the ongoing criminal investigation.

Police say two Med-West employees were detained for questioning after the raid and were later arrested on charges related to the illegal manufacturing and distribution of hash oil.

"Every year it's something different. It used to be that they would shut down all the dispensaries. So now, it seems they're changing their tactic and going after the people that put quality products in these dispensaries. But we suspect they'll take everything from this facility. Marijuana, cash and we'll see where it goes from there," said Rodgers.

Although the Hazmat team was called, the building was determined safe for investigators.