Gun sales rising in wake of violence at the US Capitol 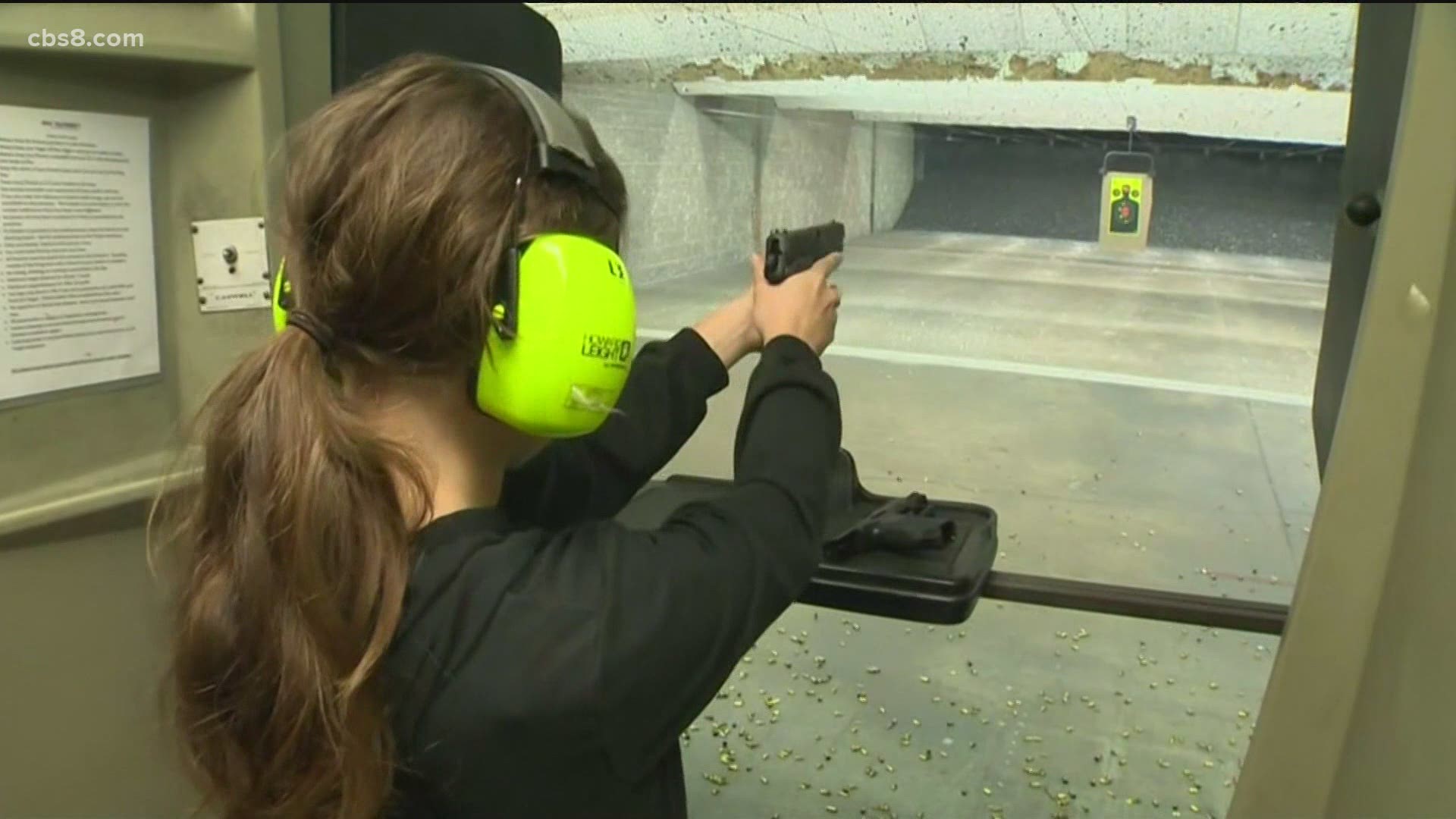 SAN DIEGO COUNTY, Calif. — As the possibility of President Trump's removal from office increases, so do concerns of more violence in the days ahead of the upcoming inauguration of President-elect Joe Biden.

Security has been ramped up in Washington D.C. while the FBI has placed all state capitols on alert for extremist activity.

In the meantime, firearms sales have also risen considerably just since the insurrection at the U.S. Capitol last Wednesday.

From the onset of the coronavirus pandemic to the ongoing civil unrest, 2020 was by far the strongest year on record for gun sales in the United States, a trend that is clearly continuing as 2021 gets underway.

"We woke up and we just had a lot of different sales online," said Geneva Solomon, co-owner of Redstone Firearms.

In the wake of the storming of the Capitol, gun stores throughout Southern California and the nation have experienced a surge of interest, especially among first-time gun buyers.

"All of a sudden, the text messages, the phone calls, the emails began to skyrocket," Solomon added.

In the days following the violence in D.C., the stocks for Smith & Wesson and other major gun manufacturers spiked sharply.

#FBIWFO is seeking public's assistance in identifying those who made unlawful entry into US Capitol & assaulted federal law enforcement on Jan 6. If you have info, report it to the #FBI at 1-800-CALL-FBI or submit photos/videos at https://t.co/NNj84wkNJP. https://t.co/ngr4gbraNr pic.twitter.com/Wbve6pq9hH

"Gun sales are political items," said Don Gussler, the owner of Gussler's Firearm Transfers & Repairs in Santee, which has seen its business more than double since the start of the pandemic.

"People are not comfortable. They don't feel like they are protected enough, so they end up taking matters into their own hands," Gussler added.

One of those people is Kimberly Bailey, who bought her first firearm after the violence in Washington.

"I think that the biggest concern is to know you are protected," Bailey said. "You hope that you'll never have to use it, of course."

The fear of possibly more violence in the days leading up to Biden's inauguration is creating more concerns.

With the move to impeach President Trump gaining momentum, the FBI has issued a bulletin to all governors nationwide warning that extremists are threatening to storm state capitol buildings throughout the nation if Trump is removed from office early.

Governor Gavin Newsom Monday said that security has been heightened in Sacramento in response.

"Everybody is on high alert in terms of making sure everybody is safe and protected," Newsom said. "So that people's free speech will be advanced but that there's no violence."

In Washington D.C., security has also been ramped up.

The Secret Service will take charge of the inaugural venue starting this Wednesday, a week earlier than planned. In the meantime, thousands of National Guard troops have already been deployed to the city.

Newsom also said Monday that he planned to activate the National Guard "as needed" to support law enforcement in California.