Are more loosened immigration policies on the horizon? 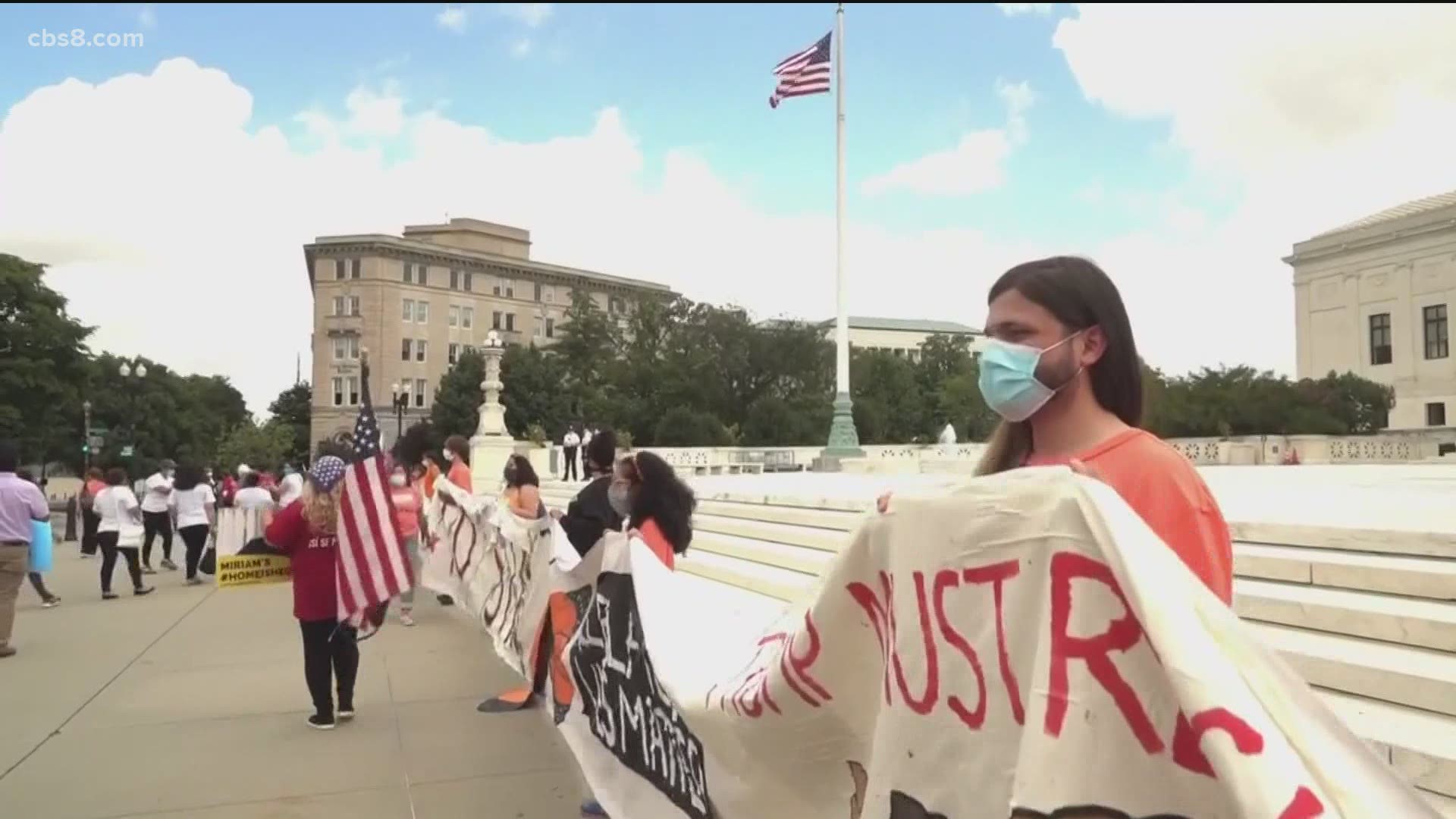 SAN DIEGO — Many in San Diego’s Latino community said they’re hopeful that a Biden administration will grant immigrants more rights, including a path to citizenship, but not everyone's celebrating quite yet.

“We need to make sure there's accountability, transparency, and a process by which the administration is consulting with those that will be directly affected," said Pedro Rios, who serves as the Director of the American Friends Service Committee.

Rios, an immigration advocate, said there is a clear sense of excitement for more loosened immigration policies.

“That there's a possibility of restoring the asylum process as well as reinstating DACA,” he said.

And CBS News has learned that reinstating the DACA program will be the most immediate reversal of Trump policies.

The President-Elect has also said he'll stop construction of the border wall, and expand opportunities for legal immigration, under visa programs, but Rios said that's a promise Democrats have failed to deliver.

“There’s still a lot of memory that under Biden and Obama, thousands of deportations took place,” he said.

Both President Trump and President-Elect Biden appealed to the Latino vote.
In fact, exit polls show more Latinos voted for President Trump in 2020 compared to 2016. It's that divide that political analysts said may lead to greater change over the next four years.

“In this election, for the first time Latinos are the second largest racial and ethnic group and I think that creates the political pressure that may lead to a resolution of this long standing policy dilemma,” said UCSD Political Science Professor Thad Kousser.

Today is the day! Hermanas, are you ready to SUIT UP and VOTE? Together, we can make a difference! Today is the last day to make your voices heard. Remember, every vote matters, every vote counts! #LatinasVote #LatinaWarriorVoter pic.twitter.com/ZpvZdcECMP