There are 16 states that have passed or are considering bills to limit or eliminate the procedure this year. 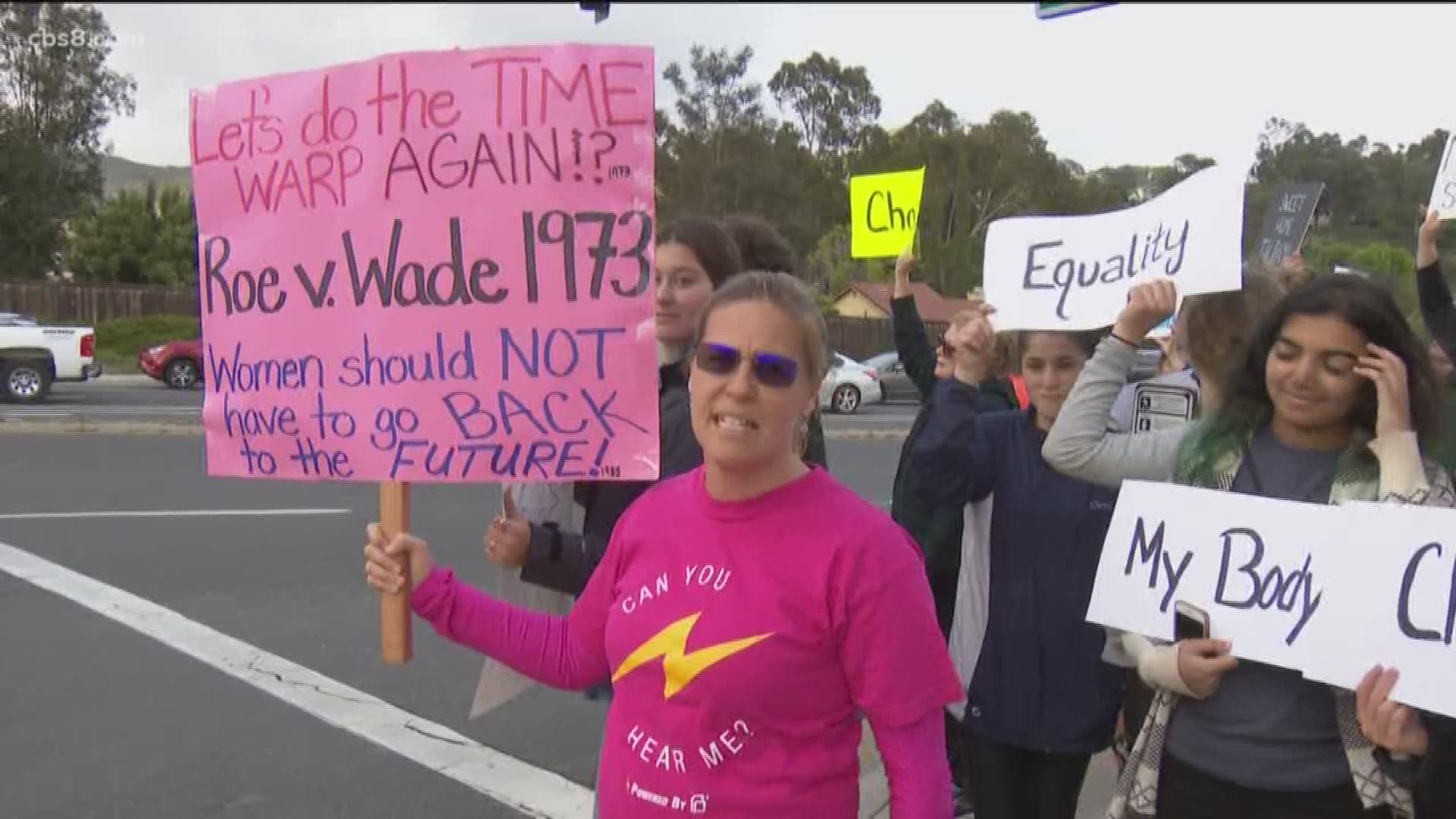 SAN DIEGO — Demonstrators across the nation came together Tuesday to protest a series of abortion bills being passed across the country.  A number of rallies were held in San Diego and across the country as part of a National "Day of Action" against the laws.

There are 16 states that have passed or are considering bills to limit or eliminate the procedure this year. So far eight states including, Georgia, Alabama, Mississippi, Utah, Arkansas, Missouri, Kentucky and Ohio have passed bills aimed to limit the abortions.

Alabama's Senate passed a near-total ban on abortion last week, which was signed by the state's Republican governor making it the nation's most stringent abortion law.

"To the bill's many supporters, this legislation stands as a powerful testament to Alabamians' deeply held belief that every life is precious and that every life is a sacred gift from God," Gov. Kay Ivey said in a statement after signing it into law last week.

A "heartbeat" bill was signed into law a few weeks ago in Georgia. The bill bans abortions once a fetal heartbeat is detected. That can be as early as six weeks -- before many women know they're pregnant.

Organizers for the "Stop the Bans" rally say they will continue to fight the restrictions.

"I just firmly believe that a woman should be given a choice to make a decision of whatever she chooses," one activist said.

Hundreds of community members and activists gathered around noon for a rally on the steps of the Edward J. Schwartz courthouse in Downtown San Diego. Many held signs and some dressed in costumes from the Hulu hit show "The Handmaid's Tale."

Demonstrators also took to the streets in Poway on Tuesday evening with a clear message to law makers: "Stop the bans on abortions."

"We want to be able to make the decision ourselves and not have the government controlling our body," said one woman.

The protests are part of a nationwide effort to fight the new laws that have yet to go into effect. There were more than 50 organizations in almost all 50 states participating in "Stop the Bans" rallies on Tuesday.

Those in favor of the bans say they're trying to spark a court battle that could lead to the Supreme Court reconsidering Roe v. Wade, which was a landmark decision in which the Court ruled that the Due Process Clause of the Fourteenth Amendment to the U.S. Constitution provides a fundamental "right to privacy" that protects a pregnant woman's liberty to choose whether or not to have an abortion.

Editor's note: A previous version of this story did not include that the Alabama ban was signed by Gov. Kay Ivey.