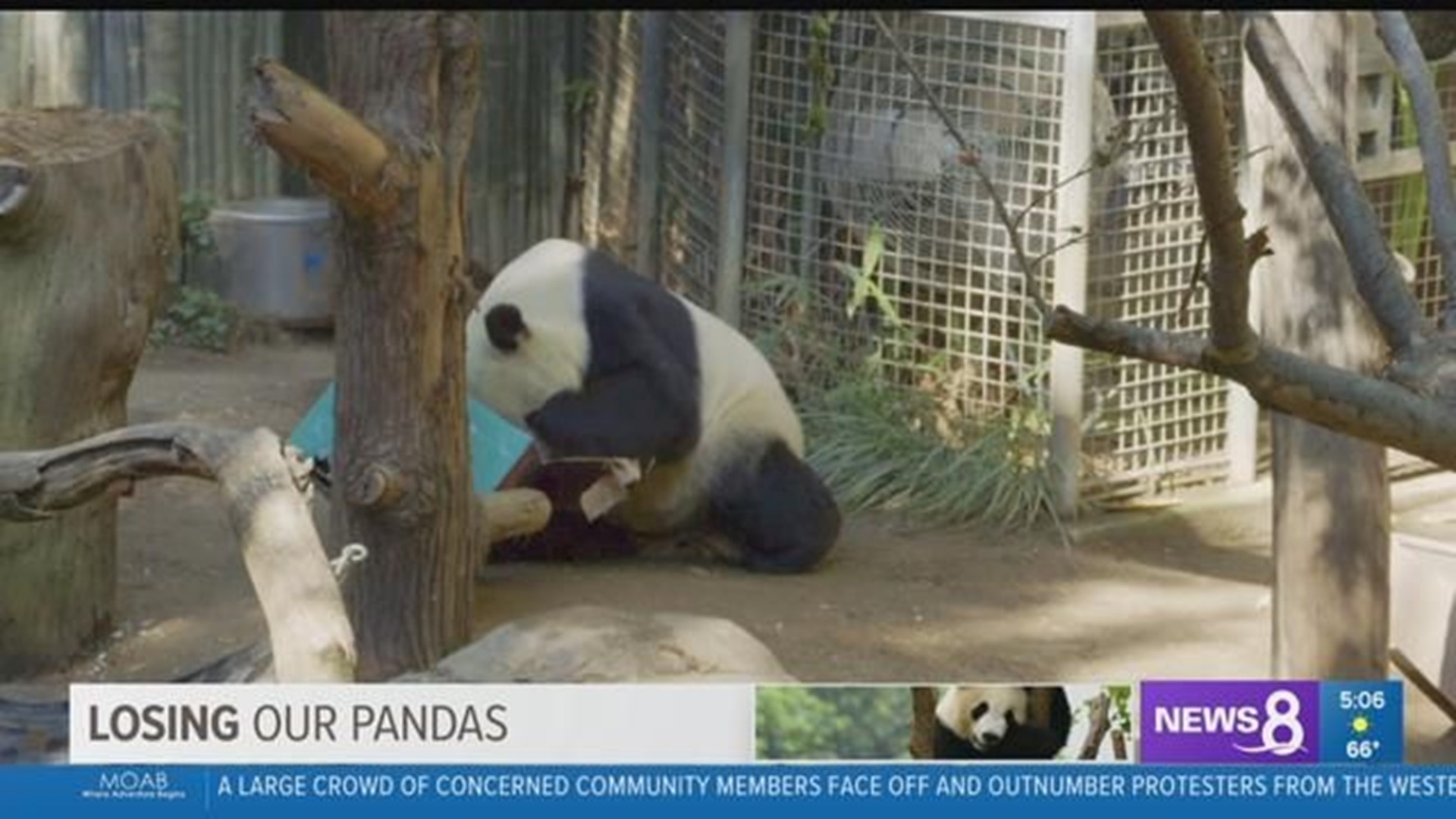 SAN DIEGO (NEWS 8) – Two giant pandas are headed back to China in April, according the San Diego Zoo.

The San Diego Zoo developed an agreement with China in 1996 to house two adult pandas and their offspring. The extensions to that original agreement have expired and 27-year-old female giant panda Bai Yun and her son, six-year-old Xiao Liwu  will be leaving San Diego next month.

“The San Diego Zoo was honored to be chosen by conservationists in China to work with them to develop a new model for species conservation,” said Douglas G. Myers, president/CEO, San Diego Zoo Global. “The panda program we began together demonstrates how powerful these collaborative efforts can be. We are extremely grateful to China for sharing the pandas with us and offering us the chance to serve this species in a leadership role.”

Zoo guests can continue to visit Bai Yun and Xiao Liwu at their home in Panda Canyon until April 27. Details of the panda celebration that will occur for a couple of weeks in April will be shared as they are developed. For now, panda fans all over the globe are invited to share their memories of pandas and their hopes for the species on their social media channels—using #pandas4ever.

“We understand that pandas are beloved around the world, including by our staff, volunteers and millions of annual guests,” said Dwight Scott, director of the San Diego Zoo. “We are planning a fitting celebration next month for Bai Yun and Xiao Liwu that includes a big thank you to the Chinese people for their continued partnership and our combined conservation accomplishments in helping to save this amazing species.”

In 1987, two giant pandas came to San Diego for a 100-day visit at the zoo. Following that visit, the San Diego Zoo developed the agreement with China to bring the pandas to San Diego.

The future of the panda exhibit is unknown.

This throwback footage from the News 8 archives shows the adorable pandas at the world-famous San Diego Zoo. This video was produced after the first San Diego panda baby Hua Mei was born in 1999.