Researchers carrying out unprecedented efforts to save an ailing young killer whale in the U.S. Northwest released live salmon into waters in front of the free-swimming orca but didn't see her take... 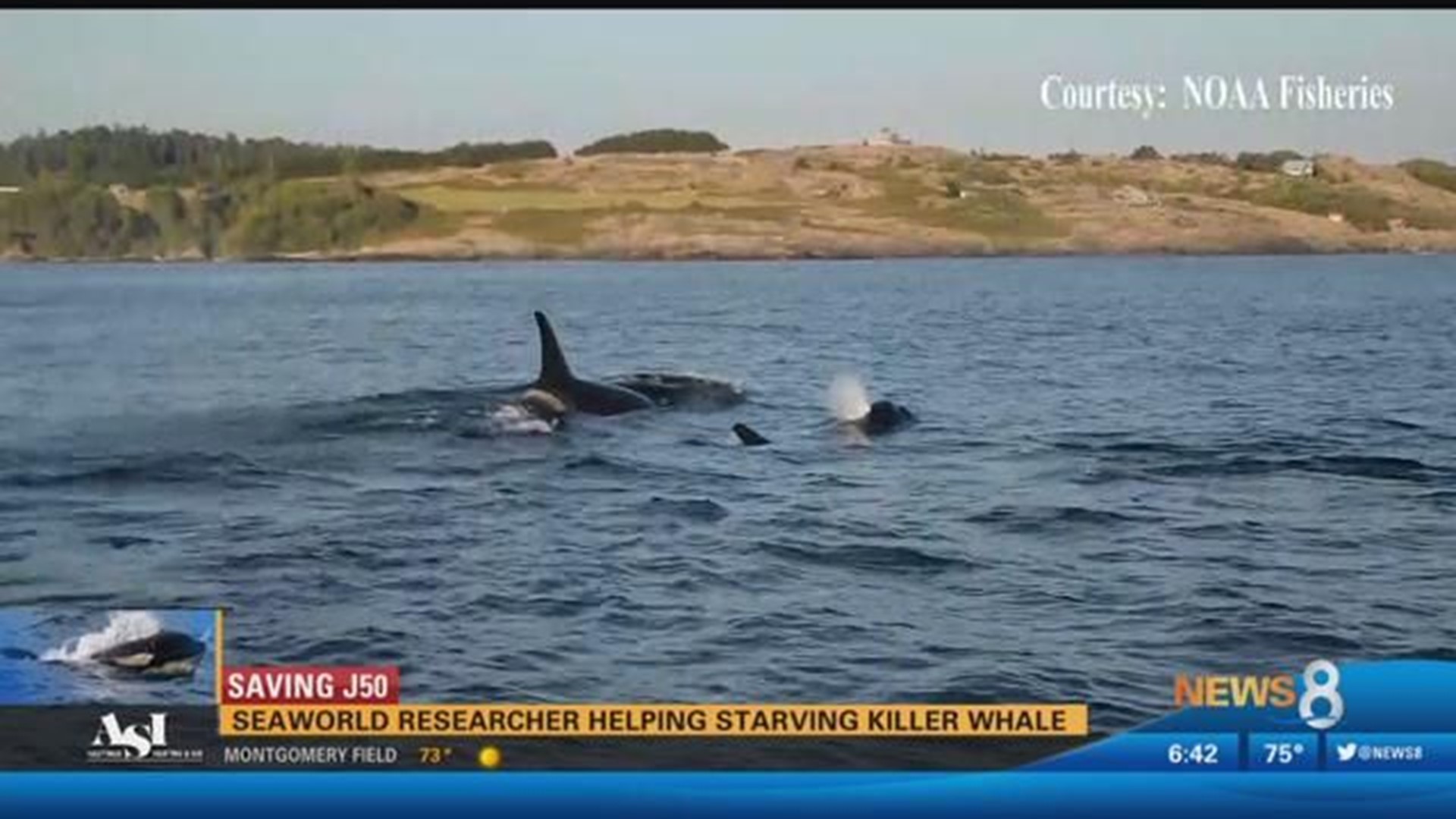 SEATTLE (AP / NEWS 8) — Researchers carrying out unprecedented efforts to save an ailing young killer whale in the U.S. Northwest released live salmon into waters in front of the free-swimming orca but didn't see her take any of the fish.

The operation that dropped eight salmon from a boat last week is part of an extraordinary response effort to save the 3 ½-year-old critically endangered whale called J50, who is malnourished and in poor body condition.

A veterinarian gave the animal a closer look Thursday and also injected her with antibiotics using a dart.

Researchers want to see whether they can dose a live salmon with medication and feed it to the whale. But they first need to test whether it will take the fish.

Dr. Hendrik Nollens is SeaWorld’s vice-president for animal health and welfare. He is also a member of a national ocean and atmospheric team of whale experts tasked with helping J-50. He was in the Pacific Northwest as the team collected fecal and breath samples from the orca.

Those samples were then studied in San Diego. Parasite eggs were found in the samples studied, but that may not be the exact reason J-50 has host 20 percent of her body mass.

Brad Hanson, wildlife biologist for NOAA Fisheries, told reporters that the team will wait for the orcas to return to the inland waters of Washington state to evaluate the next step. The whales were last seen heading west toward more open waters.

The fish-eating whales have struggled for years because of lack of Chinook salmon — their preferred food source — toxic contamination and disturbance from vessel noise. They are down to just 75 animals, the lowest in more than three decades.

Hanson said he saw J50 "slogging along" with her pod mates off Washington state's San Juan Island, about 100 miles (161 kilometers) north of Seattle. She appeared tired from swimming into the current and was even moving backward as other whales sprinted by her.

Her body condition is quite poor, he said, and she doesn't look "very vibrant." She isn't socializing, such as splashing, but experts aren't seeing other things worsening, Hanson said.

For the feeding attempt Sunday, members of the Lummi Nation, a Native American tribe, and others moved their boat about 100 meters in front of J50 and other whales.

Keeping ahead of the pod in challenging currents, they scooped out salmon from a tote on the back of the boat and pushed it through a blue tube into the water.

Hanson called it very successful even though they didn't see J50 take fish. He said some of the whales responded to a salmon but it wasn't clear whether it was a fish that came off the boat.

"This type of thing has never been tried before," he said.

According to Dr. Nollens, much of the work being done is only possible because of SeaWorld’s extensive history with killer whales. “We could successfully turn her around. She could contribute four, five maybe even six calves into a population that is declining.”