Some San Diego Unified School District students are getting another day off on Tuesday, but not for a holiday. Their parents are upset over what they say is an inappropriate sex education curriculum. 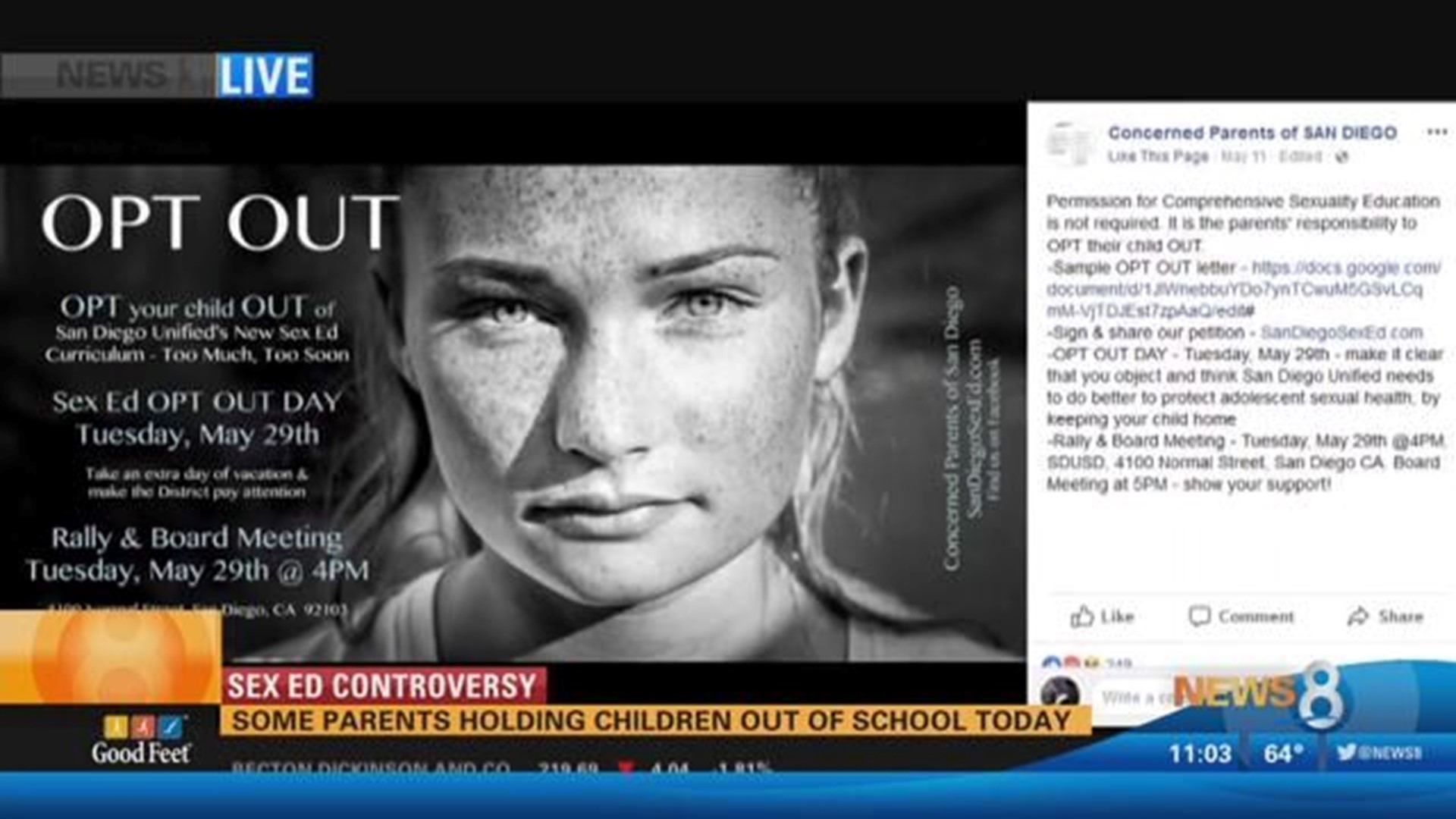 SAN DIEGO (NEWS 8) - Some San Diego Unified School District students got another day off from classes on Tuesday, but not for a holiday.

Their parents are upset over what they say is an inappropriate sex education curriculum. They chose to keep their kids out of school and made their feelings known at a rally outside district headquarters Tuesday afternoon

The "opt out" day was promoted on a Facebook page, "Concerned Parents of San Diego." A post on the page asked parents to keep their kids out of school Tuesday as a way to send a message to the district.

Officials have defended the lesson plan saying that it’s backed by the CDC and is age appropriate. Parents have called it "graphic and inappropriate" and say it is "too much, too soon" for sixth graders.

The course is for sixth graders covers a variety of topics including:

"We're going to ask them to suspend this new curriculum because it's not a curriculum for the adolescent brain, it's an adult curriculum," said mom Angela Beaver.

Lessons for sixth and eighth grade and high school students were implemented last year, and the district provided an opt-out letter. But stated out of tens of thousands of students, only 196 or less than 1 percent chose to opt out.

Back in February concerned parents also rallied outside the district asking the board to change the curriculum but the district did not respond.

"It was by the community for the community, so we know that this is absolutely appropriate for our students," said Isabella McNeil from SDUSD. "And we give parents the right to decide whether they want their child to participate or not."

An online petition has also been created calling to suspend the curriculum.

SDUSD sent the following statement to News 8 on the matter:

We encourage all parents to learn the facts about sexual health and how we teach it. We’ve created a website to make it easy for parents to get the information they need. Our education program was constructed with input from parents, faith leaders and community residents to comply with Assemblywoman Shirley Weber’s California Healthy Youth Act. After being informed about the program, less than 1 percent of parents chose to exclude their children from learning about sexual health when the curriculum was implemented district wide last school year.

Anyone who wants more information on sexual health should visit www.sandiegounified.org/shep