Sex offenders not required to post signs on Halloween

With Halloween right around the corner, children are looking forward to trick or treating. 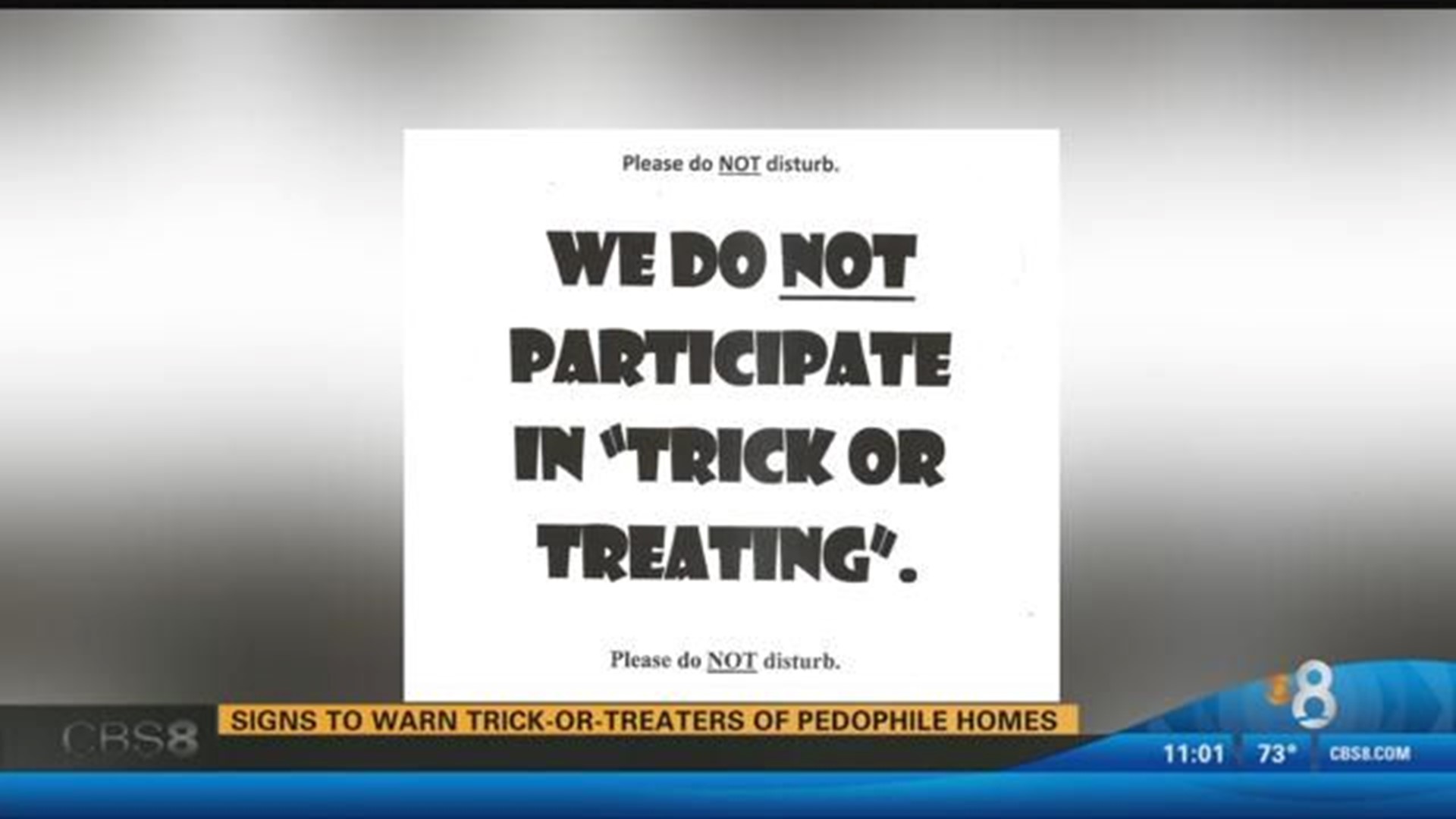 SAN DIEGO (CBS 8) – A compromise was reached Monday afternoon at the Southern District of California regarding whether to halt one of the restrictions enforced by the California Department of Correction and Rehabilitation (CDCR) during “Operation Boo”, an annual program that enforces special Halloween restrictions for sex offender parolees.

State attorneys decided the sign requirement would not be enforced this Halloween.

Earlier this Month, the CDCR was hit with a federal lawsuit filed on behalf of a San Diego County sex offender parolee by Janice Bellucci, who is the founder of California Reform Sex Offender Laws. She challenged what she called an unconstitutional requirement that forces sex offenders to place a sign on their door saying, “We Do Not Participate in Trick or Treating.”

“CDCR’s sign requirement is a solution without a problem,” said Bellucci. “There are no reported cases of a child being sexually assaulted by a sex offender on Halloween while trick or treating.”

Operation Boo also prohibits sex offender parolees from opening their front door to trick-or-treaters or decorating their homes during the holiday. Offenders are also required to remain inside their homes from 5:00 p.m. to 5:00 a.m. The lawsuit did not challenge those restrictions.

“Several million tax-payer dollars are being wasted by CDCR in its efforts to enforce Operation Boo,” said Belluci. “In addition, CDCR’s requirement to post a sign, places in significant danger, all sex offender parolees and members of their families.”

Operation Boo has been underway for 22 years.