As Florida continues to recover from Hurricane Irma, a San Diego group stepped in to take a few hundred paws from area shelters. 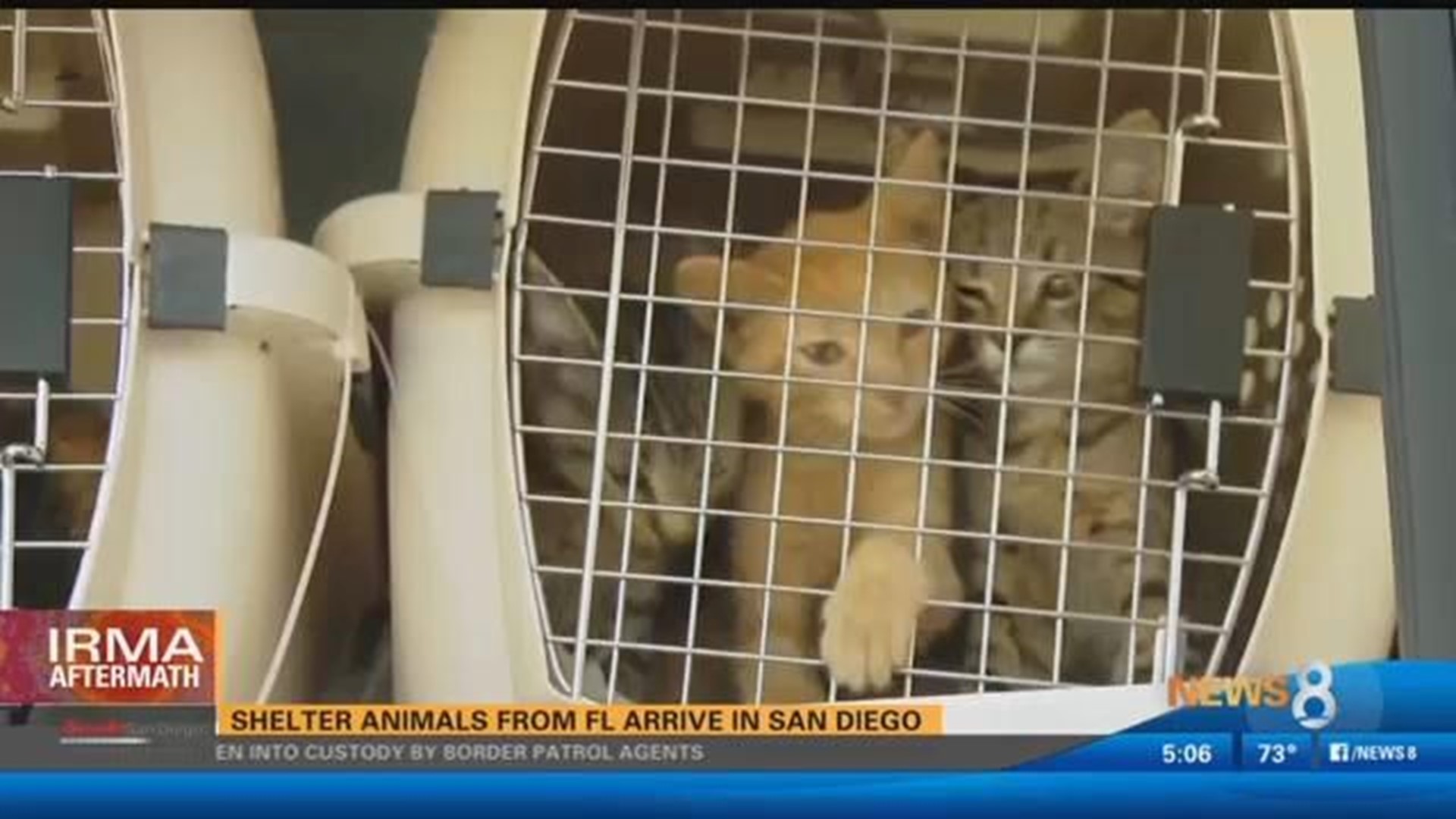 SAN DIEGO (NEWS 8) — As Florida continues to recover from Hurricane Irma, a San Diego group stepped in to take a few hundred paws from area shelters.

The San Diego Humane Society teamed up with Wings of Rescue to bring nearly 200 dogs and cats from shelters affected by the storm to San Diego to find new homes.

The animals came from shelters in the hard-hit Naples area but had to fly out of Fort Myers, Florida, because there is still so much hurricane damage.

After a quick break and refuel in Texas, the couple hundred pets made it safely to their new home.

At Gillepsie Field in El Cajon, the animals pulled up on the Pet Express.

Volunteers cheered upon their arrival then got to work unpacking pet after pet.

As nearly 200 dogs, cats and a bird came from Hurricane Irma-devastated areas in Florida.

"It's the only way the pets are going to be alive," said Wings of Rescue volunteer Erin Robbins. "We're clearing them out of shelters, so these shelters can take in the displaced pets."

Although the animals were loud after arrivals, Robbins said that wasn't the case on the 6-hour flight from Fort Myers.

"Everybody always asks me if it's a really noisy flight [but] it is not," she said. "They really don't make a sound. It's quite quiet and it's very peaceful. It's like all of a sudden they finally relax and they know we're going to a better place."

The volunteers unloaded a lot of precious pet cargo.

San Diego Humane Society Director of Communications Elizabeth Pezsi said the large amount of animals will put them at capacity for a while.

"At the San Diego campus we will actually go through and assess each of the pets," said Pezsi. "We will document their IDs and their information will determine which of them can be available for adoption very soon.

"We're excited and we're very eager to make sure that they're relaxed and ready for adoption in the next week or so."

The chartered flight was funded by GreaterGood.org and Wings of Rescue. PetSmart charities supplied the crates.