The teenage boy who was the last person to interact with San Diego Police Officer Jeremy Henwood recounts the officer's final act of kindness, minutes before he was gunned down and killed. 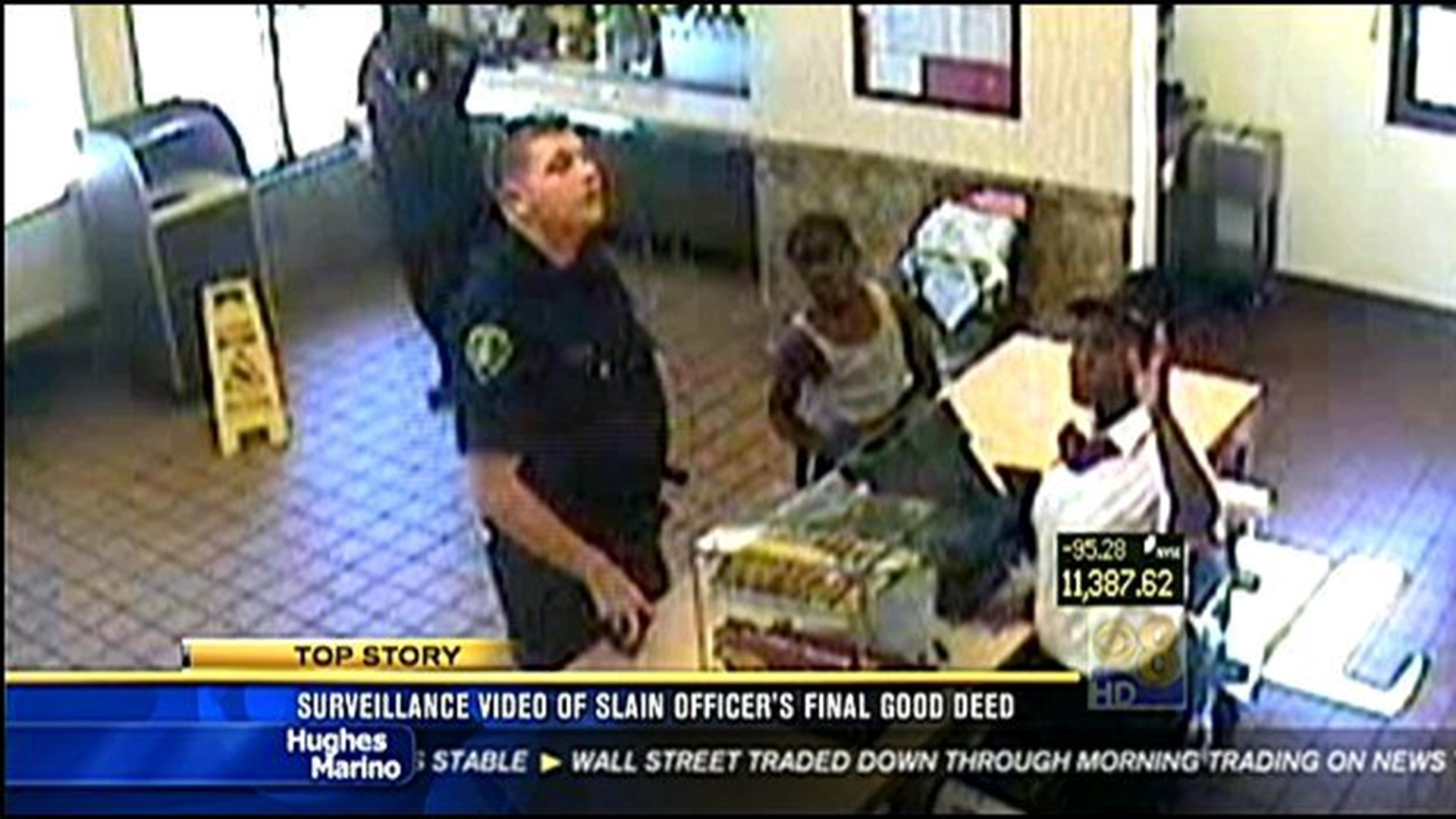 SAN DIEGO (CBS 8) - The teenage boy who was the last person to interact with San Diego Police Officer Jeremy Henwood recounts the officer's final act of kindness, minutes before he was gunned down and killed.

13 year old Daveon Tinsley reflected, "If I could just rewind time," while watching the surveillance video from McDonald's for the first time since the officer was murdered.

It was around 5:25pm on Saturday, August 6th. Daveon says he only had 90 cents, but needed a dollar to buy 3 cookies at the McDonald's on Fairmount Avenue in City Heights. That's when he saw Officer Henwood walk into the restaurant. Daveon says the officer looked friendly and approachable. "He walked inside, and you see me walk up... I was looking around... How am I going to do this, and I went up to him and just asked him," Daveon told News 8.

Daveon asked Officer Henwood for 10 cents to buy the cookies, but instead of giving Daveon a dime, the officer simply bought the cookies for the boy.  As they waited for the officer's sweet iced tea and the cookies, Daveon says Officer Henwood sparked up a conversation with him. "He was like what do you want to be when you grow up? And I said an NBS star. He said that takes hard work," Daveon recalled.

Daveon's father Jerry told News 8, "He took the time to have a conversation with my son and  that means a lot, because he paid it forward.. For 2 to 3 minutes, he bettered something in his (my son's) life he will never forget." Jerry Tinsley, a retired Navy veteran, says he was overwhelmed when News 8 showed him the surveillance video for the first time, "Wow, really seeing this and knowing what happened to the fellow officer and marine, it's amazing, it was bringing tears to my eyes."

Less than 5 minutes after Officer Henwood left that McDonald's restaurant, he was ambushed and shot while on routine patrol by suicidal gunman Dejon White. "It's just crazy," Daveon said, "Why did he have to die like that , after he did a good thing for a little kid.. after that.. the last good deed he had to do and then his life was taken."

Daveon says, though Officer Henwood is gone, he will live on as his role model and inspiration, telling News 8, "It's going to help big because I'm going to think about the guy who lost his life and the family that loved him so, he tells me to work hard, I'm going to work hard."

The San Diego Police Officers Association has established a trust fund for Police Officer Jeremy Henwood's family. Donations can be mailed to:

Checks can be made payable to the San Diego Police Officers Association (SDPOA). Please write "Officer Jeremy Henwood" in the memo line. All donations will go directly to the family.

You can also donate online by clicking here.