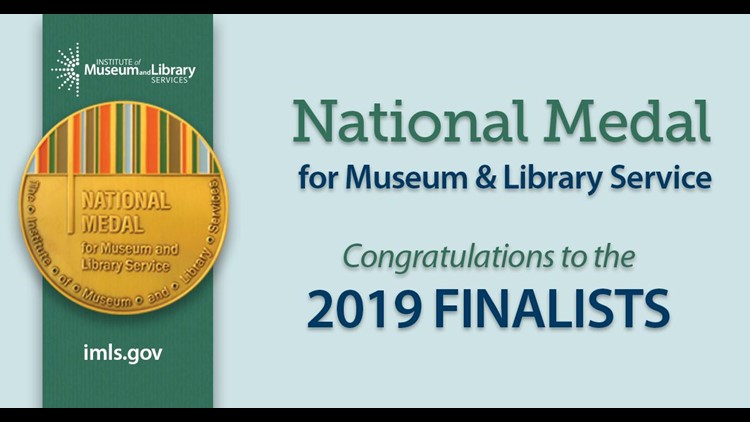 The IMLS named the Barona Cultural Center and Museum and the New Children's Museum as finalists for the award. Libraries and museums from 18 other states were also nominated as finalists.

All 30 libraries and museums were nominated for their noteworthy and innovative contributions to their local communities, according to the IMLS. Local residents can share their experiences at either museum with the IMLS at its Facebook page, facebook.com/USIMLS, or its Twitter account, twitter.com/us_imls, by using the hashtag #IMLSmedals.

"The 30 National Medal finalists showcase the tremendous ability of libraries and museums to serve as vital community resources," IMLS Director Kathryn Matthew said. "The Institute of Museum and Library Services is honored to recognize these leading institutions."