University of California medical center officials say they are rescheduling hundreds of surgeries and appointments for cancer patients as they prepare for a three-day strike by UC workers planned f... 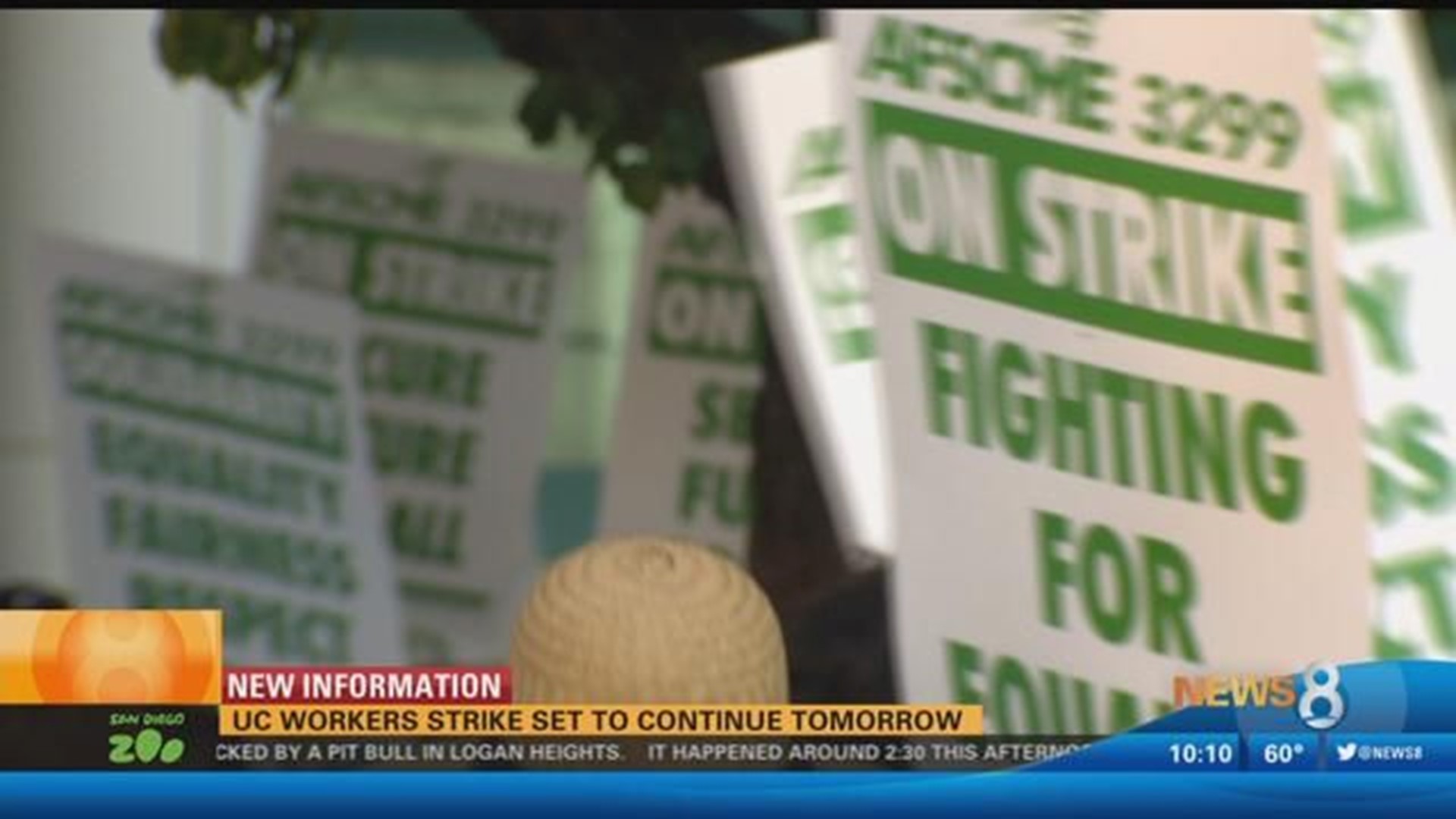 Service workers represented by Local 3299 of the American Federation of State, County and Municipal Employees voted overwhelmingly last month to authorize a strike if no progress were made in negotiations.

UC officials have repeatedly criticized the union for calling the strike, accusing it of rejecting an offer of "fair, multi-year wage increases and excellent medical and retirement benefits."

In light of the impasse, the university system last month imposed contract terms on the union for the 2017-18 fiscal year, including 2 percent pay increases. The UC's latest contract offer to the union included annual 3 percent raises over the next four years, according to the university.

The union denounced the move to impose contract terms, responding by issuing a notice of a strike set to last until Wednesday.

"We've bargained in good faith for over a year to address the widening income, racial and gender disparities that front-line, low-wage workers at UC are living every day," AFSCME Local 3299 President Kathryn Lybarger said. "Instead of joining us in the effort to arrest these trends, UC has insisted on deepening them -- leaving workers no option but to strike."

UC officials said in a statement that they "strongly disagree with AFSCME's decision to strike, which will negatively impact patients, students and the UC community."

"We are doing everything in our power to limit disruptions on our campuses and medical centers to ensure our patients get the care they need and our students the services they deserve," according to the UC.

The UC insisted that its service workers -- including custodians, gardeners, food service workers and facilities maintenance staff -- are compensated at or above the market rate, "and in some cases, by as much as 17 percent higher than comparable jobs."

University officials said the union is demanding a 6 percent annual wage increase, "which is twice what other UC employees have received."

They said their final offer included, in addition to the pay raises, a lump-sum payment upon contract ratification, health benefits consistent with those of other workers and continuation of pension benefits for existing employees. New employees would be given a choice between a pension or a 401(K)- style retirement plan.

Lybarger, however, accused the university of "subverting" the bargaining process by imposing contract terms on workers.

"Administrators are already showing us that we can expect more unequal treatment if we don't stand up, fight back and hold UC accountable to its hollow claims of `pioneering a better future,"' Lybarger said.

According to the union, the strike will involve 9,000 service workers, but they will be joined by more than 15,000 Patient Care Technical workers.

The American Federation of State, County and Municipal Employees (AFSCME) has scheduled a statewide strike from May 7-9, affecting the University of California and its health systems. Supporting the strike in sympathy will be the University Professional & Technical Employees (UPTE) and California Nurses Association (CNA) from May 8-9.

All UC San Diego Health hospitals and clinics will remain open. Some patient care, however, will be temporarily impacted. Elective surgical cases, in the short-term, have been rescheduled. The emergency and trauma departments were placed on bypass on May 4.

Patients who may be affected by the strike will be contacted by our patient care teams. We apologize in advance to our patients and their families who may be impacted.

UC San Diego Health’s first priority, now and always, is to provide our patients with safe, high-quality medical and surgical care. We serve many of the region’s sickest and most fragile patients. It is a responsibility we embrace seriously and completely.