Firefighters showed up to the eagles point apartments in Escondido as flames re-kindled in a car early Wednesday morning. 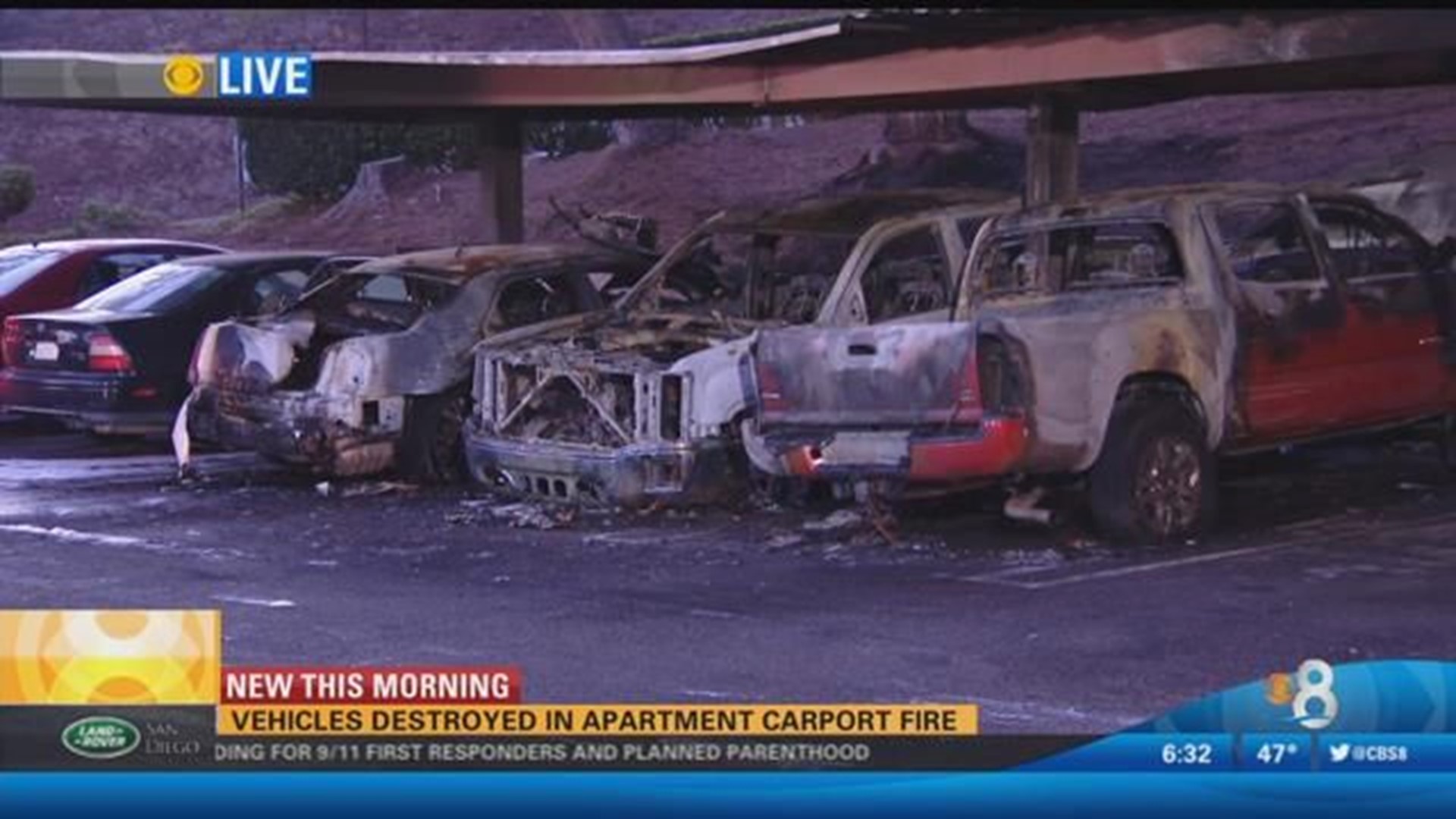 Firefighters were called the scene at the Eagles Point Apartments in 1500 block of E Grand Avenue around 4:30 a.m. Crews said when they arrived they could smell toxic fumes.

After the flames broke out, heavy fire and smoke filled the air and a GMC pickup truck was the first to catch fire. Then, flames spread to a Chrysler sedan and a Toyota Tacoma truck. All vehicles were a total loss.

Norm Rutherford said he normally parks in the spot where the fire ignited, but his car is in the shop.

"It woke me up about 1:15 a.m. because people were running around. Someone pulled a fire alarm and the first thing I saw was Channel 8 at 4:30 this morning," Rutherford said. "I've never seen anything like this before. I've been here for 10 years in the same unit."

It took firefighters about 20 minutes to put out that fire, but they had to return a second time, because the fire ignited again in the Chrysler due to leaking gas.

No injuries were reported. Investigators said the fire was most likely not an accident and the cause is under investigation.