Woman reunites with stranger who saved her life

A year ago on Tuesday, Jessica Hoover was jogging at Carlsbad beach not thinking she would collapse from a heart attack. It was man vacationing from Phoenix on his bike who changed her life. 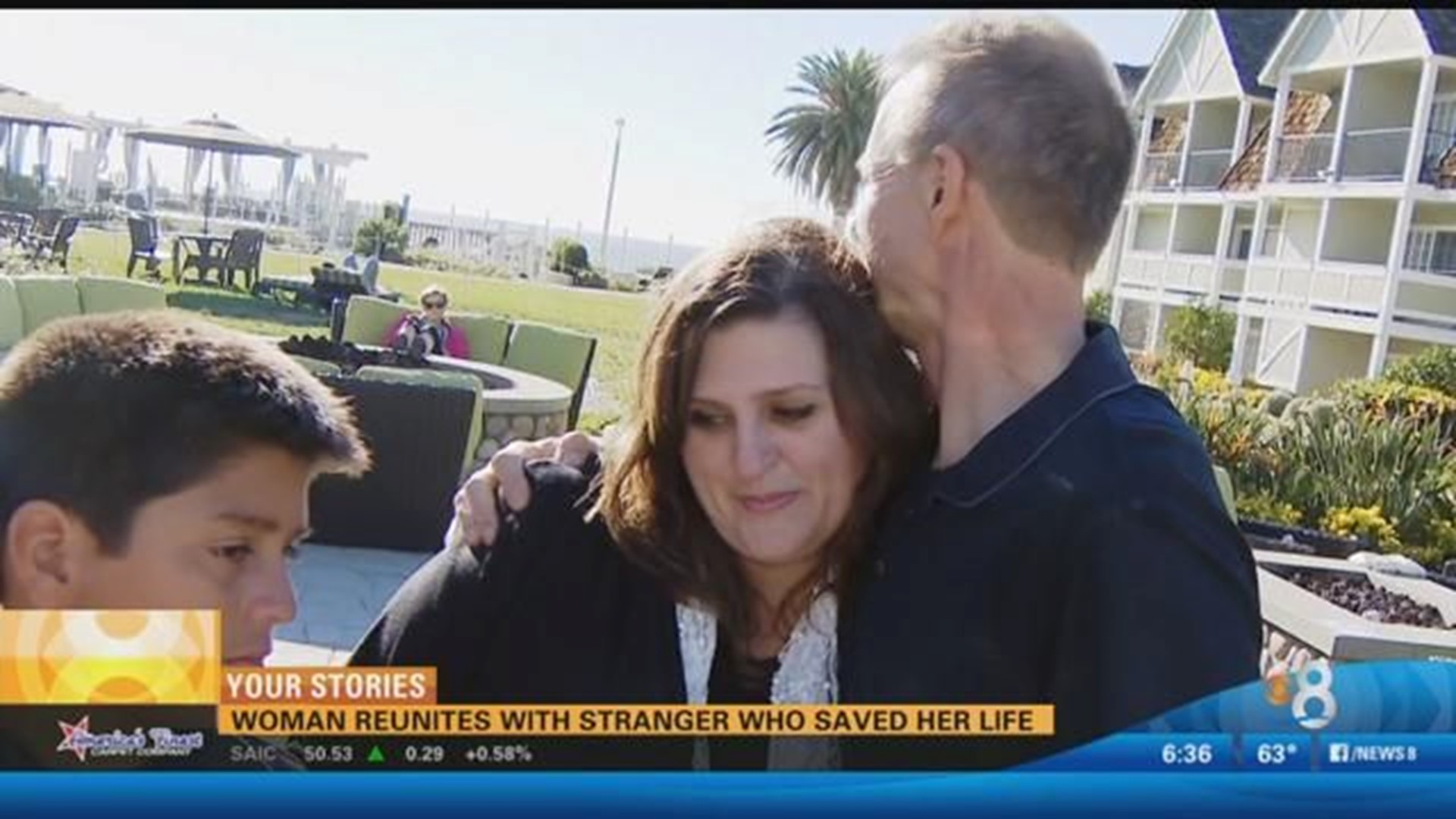 SAN DIEGO (CBS 8) - A year ago on Tuesday, Jessica Hoover was jogging at Carlsbad beach not thinking she would collapse from a heart attack.

It was man vacationing from Phoenix on his bike who changed her life.

"It's our one-year anniversary. Isn't in amazing? It was a day just like today," she said.

She had gone to Carlsbad beach to jog alone when she stopped breathing.

At the moment she began to have a heart attack, passerby David Raasch stopped to help.

"I sort of clicked into autopilot. It was a beautiful sunny day like this and I was riding my bicycle down the road and [saw] a woman lying on the sidewalk," said David Raasch.

David, a retired heart specialist from phoenix, did CPR until paramedics arrived.

"What are the chances that someone's going to ride passed me who's a medical professional," said Hoover.

Months passed and David never knew if Jessica survived until she called.

The two kept in touch and reunited where it all began in an emotional moment, especially for Jessica's youngest son meeting his mom's hero.

"I see your tears there and many a night I cried. Just thinking about how wonderful it is to give somebody the gift of life," said Raasch.

Jessica now suffers from congestive heart failure, but is thankful a total stranger stepped in.

"Today is the day I should have died," she said.

The two plan to meet here at Carlsbad beach every year to commemorate that lifesaving moment.

Jessica is a single mom of four unable to work full time due to her heart condition.

Anyone can help her family with mounting medical costs through her Go Fund Me Page.