The Cohen family find themselves close to the escalating violence in the Middle East. 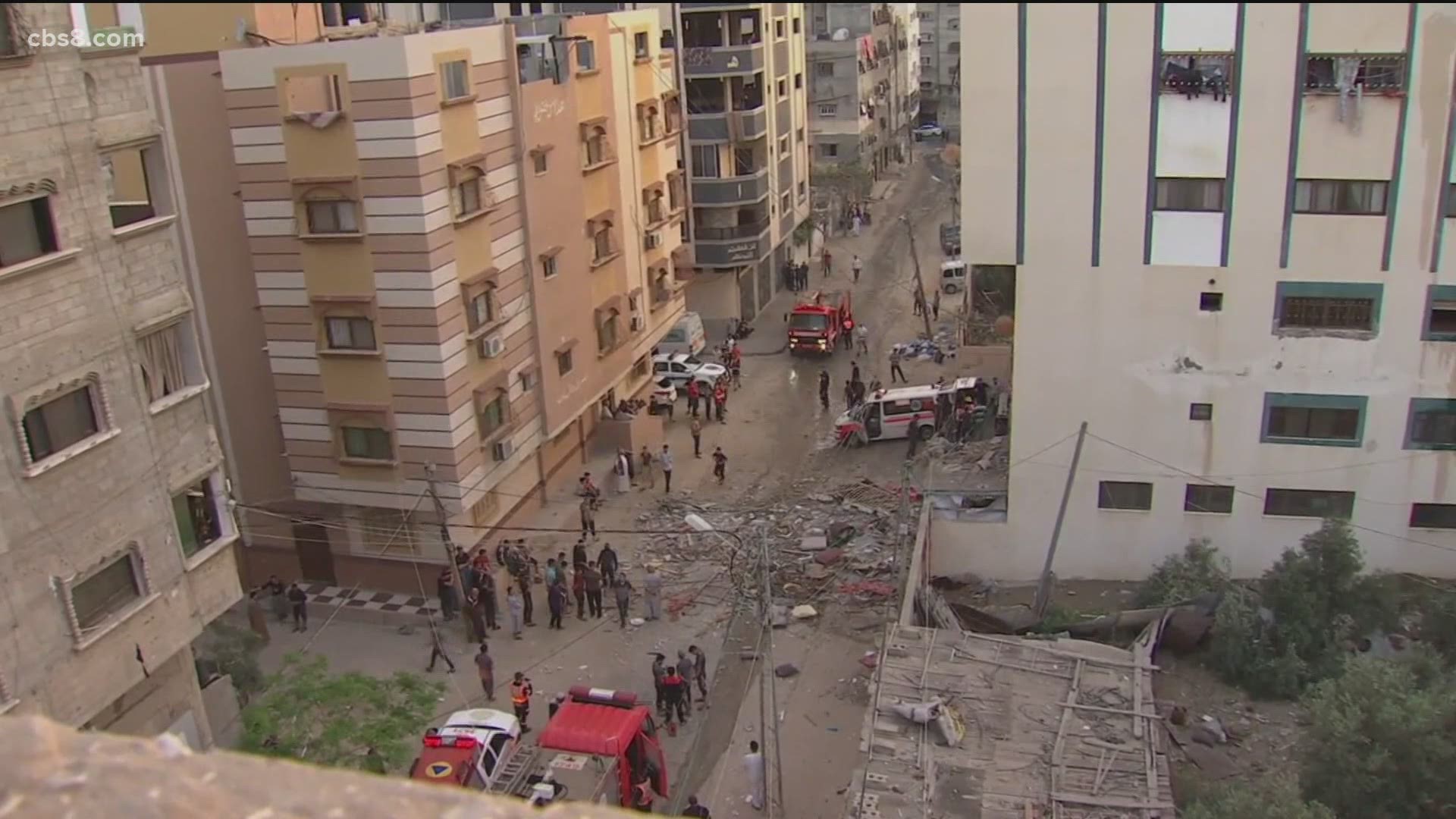 NETANYA, Israel — The death toll continues to rise in the Middle East, as Israel and Hamas continue to launch attacks against each other in some of the worst fighting in years.

At least 60 people have been killed, including more than a dozen children.

Former News 8 morning anchor Dan Cohen has been living in Israel with his family for the past six months.

They had to shelter in place last night when Hamas starting launching missiles into Tel Aviv.

The Cohen family live about 30 minutes north of Tel Aviv, but they could still hear the missiles in the distance, experiencing rocket sirens for the first time.

They are 10 hours ahead over there, so when we spoke to him, it was about 24 hours after the rocket launches. He says it was much quieter tonight.

As Hamas shot hundreds of rockets from the Gaza Strip towards Tel Aviv, Cohen had to shelter in place with his wife and three young children.

"Last night we were sitting at dinner just sitting outside an all of a sudden sirens go off," said Cohen.

His wife, Paige, comforted their 4-year-old, Hannah, as sirens blared outside.

"That was the first time hearing rocket sirens. Then were heard it we got it and moved inside. Everyone kind of hunkered down next to brick walls," said Cohen.

He said when they were finally able to go home, he slept with the windows open and one ear out just in case. He said the next day was much less eventful.

"We went to the beach today, my son rode his skateboard outside, so there isn't this paralyzing fear among the people here," said Cohen.

He said they didn't hear any sirens tonight.

The Cohen's are staying in a town called Netanya just north of Tel Aviv, but his extended family and grandmother are in Tel Aviv.

"My 98-year-old grandmother was sitting in a stairwell and had to ride it out," said Cohen.

He says the Arab - Israeli conflict is nothing new, but there was peace for years before last night as Hamas hasn't fired rockets into Tel Aviv since 2014.

"I would just say to all in San Diego. Please pray for the peace of Israel. Its important now more than ever," said Cohen.

He says they still feel safe staying there for now.