There's a shop in the South Bay that's causing some confusion because of its labeling. 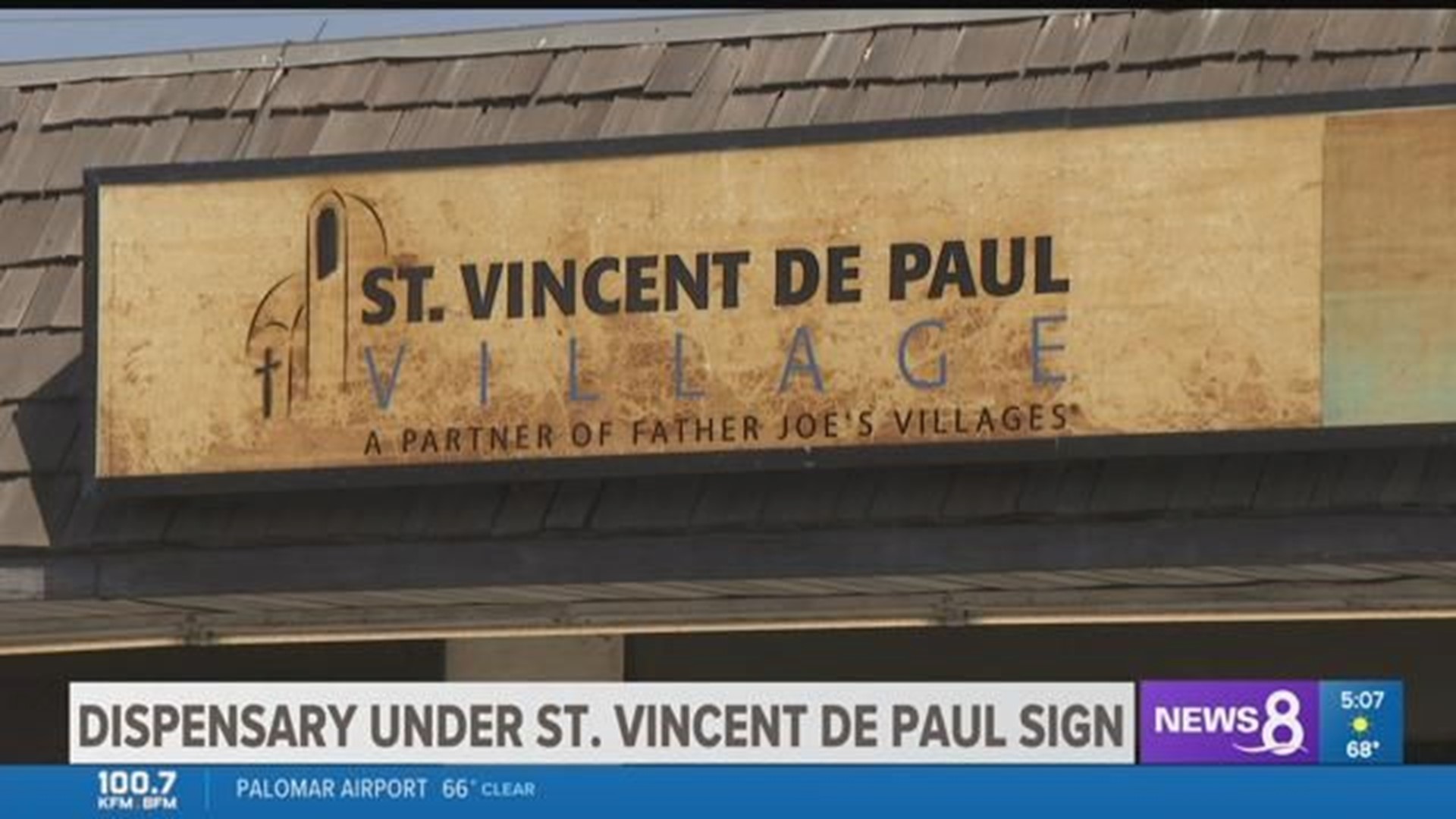 SAN DIEGO — There's a shop in the South Bay that's causing some confusion because of its labeling. From the outside, it looks like a thrift shop owned by St. Vincent de Paul - part of Father Joe's Villages but inside all the products they sell are related to pot.

News 8's Steve Price reports from Chula Vista with more in this Your Stories Report.

The thrift store in that location raised money for St. Vincent de Paul Villages which helps the homeless get back on their feet with services that include alcohol and drug addiction treatment.

The store closed over a year ago, but the sign never came down.

So, imagine St. Vincent de Paul's surprise when they heard the business that took over their location at 897 Broadway in Chula Vista is a marijuana dispensary operating right under the sign bearing their name.

St. Vincent de Paul's declined to speak on camera to News 8 about the issue, but said they had no idea their sign was still up and over a dispensary. They say they've already contacted the property manager to have their sign taken down.

"They should have taken the Father Joe sign off before they put [in] the dispensary, it looks kind of bad,” said Chula Vista resident Frank Sanchez.

Dispensaries are currently illegal in Chula Vista so the store called South Bay Meds is operating without a license.

Linda Taylor, a Chula Vista resident, says she’s frustrated by the fact that pot shops seem to be popping up all over the city.

And they're not hiding the fact their open for business. Look in the back of any San Diego Reader magazine and you’ll see advertisements for several dispensaries in Chula Vista.

“I wish they would shut them all down if you ask me, but I don't make those decisions,” said Taylor. “So, whatever floats their boat.”

Chula Vista residents will be voting on a cannabis tax in November; and, if approved, permits will be issued to make pot shops legal, but shops currently open will not be eligible for a permit.