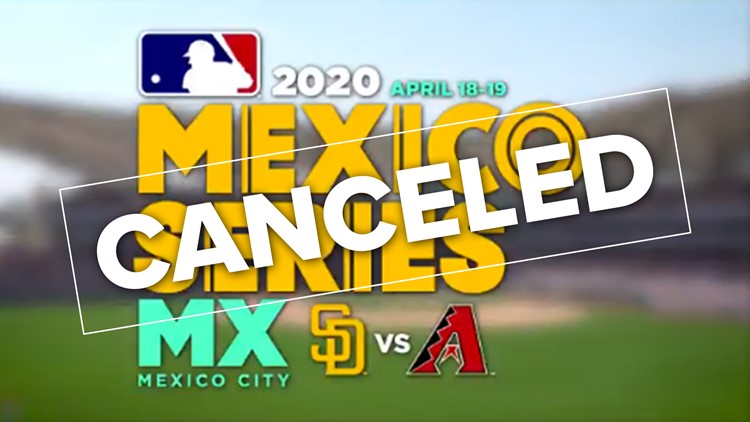 SAN DIEGO — Major League Baseball has announced the cancellation of the Mexico City series between the Padres and Diamondbacks due to the delayed start of the season.

The series was supposed to take place on April 18-19 at the Alfredo Harp Helu Stadium.

The series in Mexico City would have been the second time in three years the Padres had played in Mexico. The team took on the Dodgers in Monterrey during the 2018 season.

Major league Baseball has also canceled the series between the Mets and the Marlins that was supposed to take place in San Juan, Puerto Rico.

The games are expected to be rescheduled in the home team’s cities.