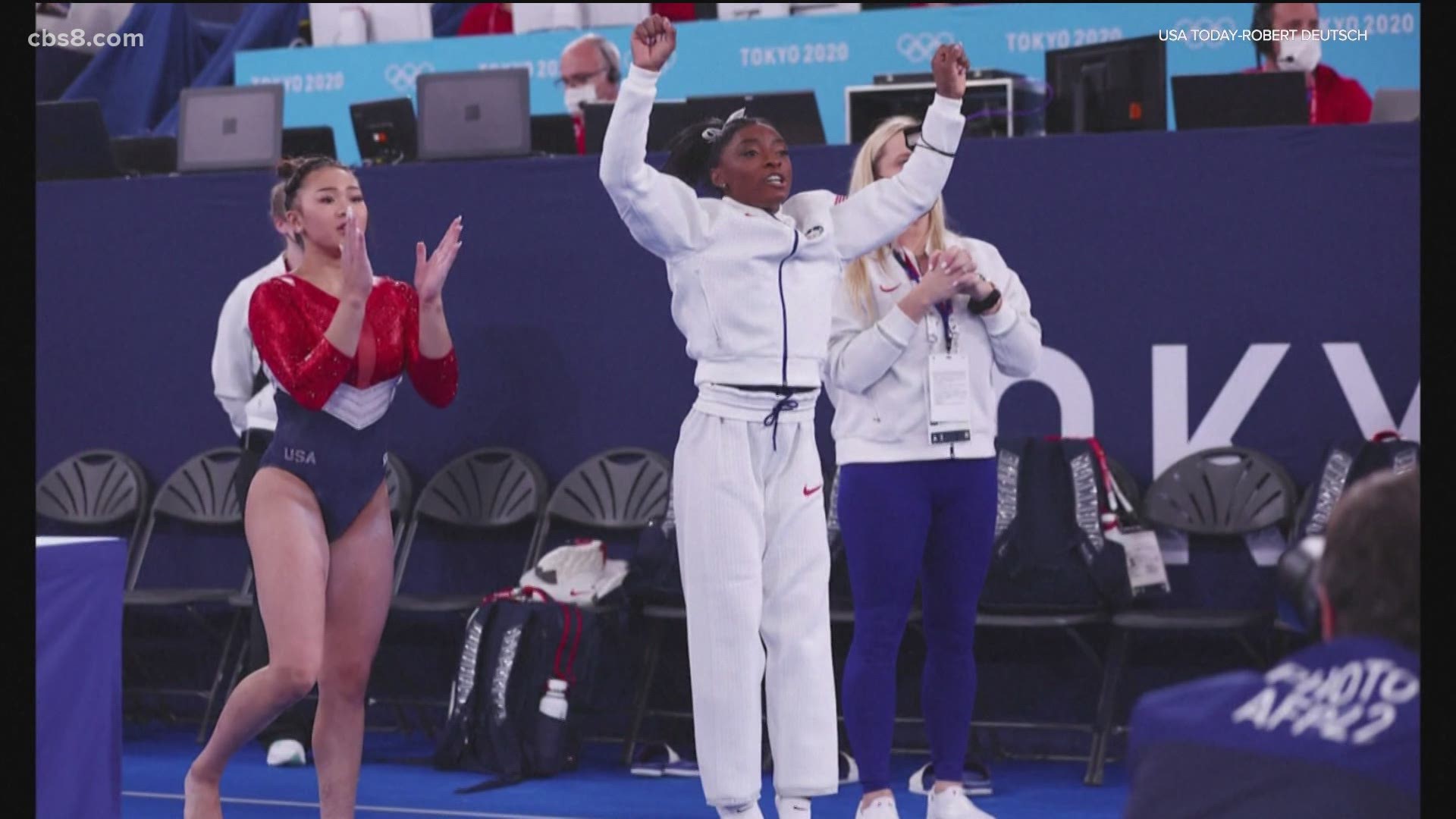 SAN DIEGO — A shocking turn of events at the Olympics Tuesday as United States gymnast Simone Biles withdrew from group competition to focus on her mental health.

After completing one vault with fewer twists than expected and a shaky landing, Biles left the competition floor.

She returned to cheer on her teammates, then addressed the media about her decision to withdraw saying,

"No injury, thankfully," Biles said. "And that's why I took a step back because I didn't want to do something silly and get injured."

On Monday, the four-time gold medalist wrote via Instagram in part:

"I truly do feel like I have the weight of the world on my shoulders at times."

“You have to be in the right mental space because there is so much room for error,” said Paige Conroy, program director for San Diego Gymnastics.

Conroy said when it comes to training, mental health is just as important as technique, saying it's a topic her athletes know all about.

“It's the biggest part right next to the physical aspects," she said. "Your mental health matters.”

“It just shows you no matter how good you are, we still are the same type. We're still human beings and we all succumb to pressure,” said Lardon.

In Biles's case, she dropped out not just for her own safety, but for the sake of her team, saying she didn't want to mess up their overall score.

Dr. Lardon hopes having someone like her or pro tennis player Naomi Osaka publicly speak about mental health, normalizes it, allowing public perception to change.

“Mental illness is ubiquitous in our society and its important people can talk about it without shame because people can get treated and get better,” said Dr. Lardon.

The U.S. women’s gymnastics team did wind up winning silver.

Biles could still decide to compete in individual competition.