All 12 astronauts who walked on the moon were men. NASA's Artemis program aims to change that. 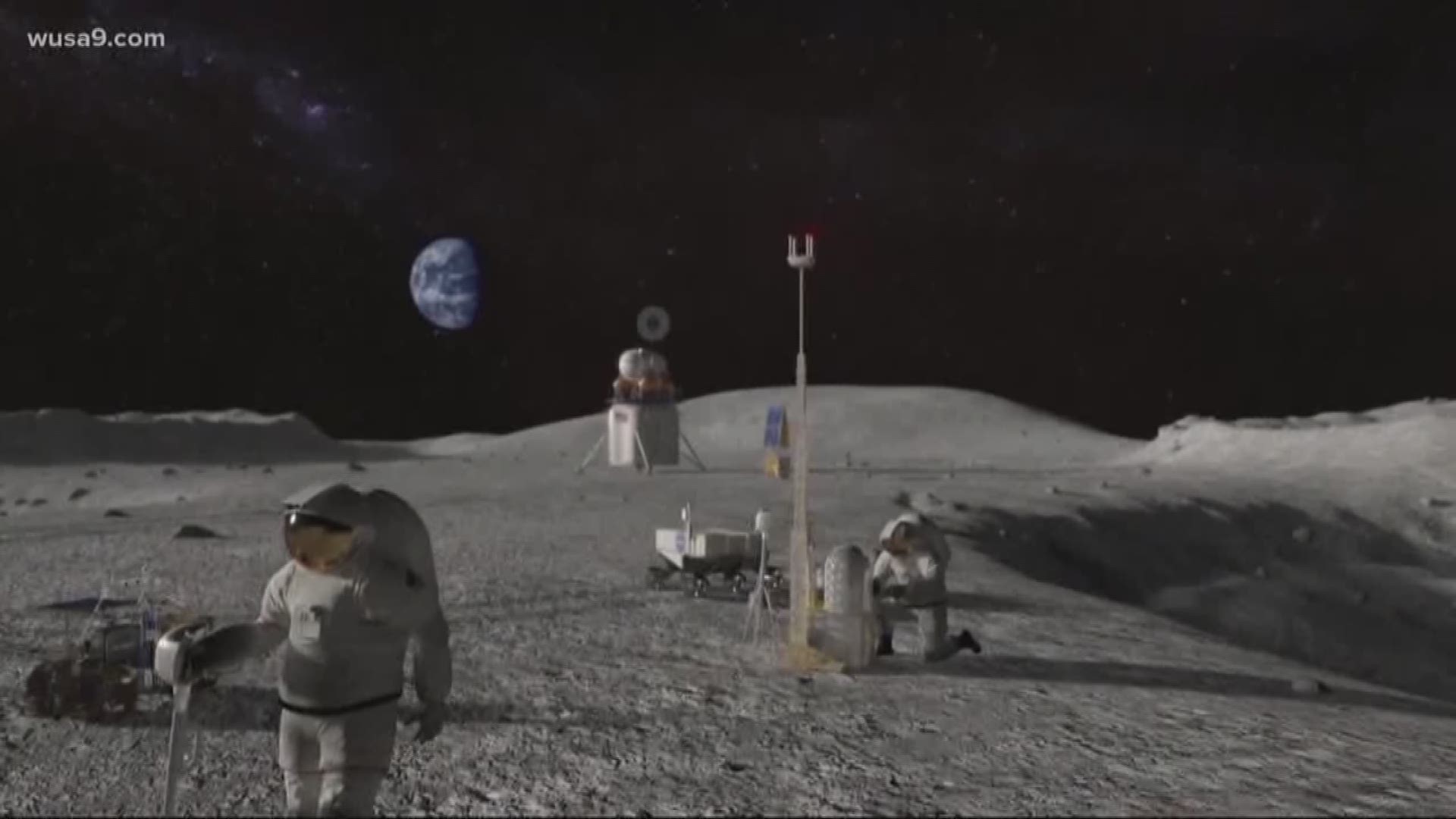 GREENBELT, Md. — “That’s one small step for man” will have an entirely new meaning in a few short years. NASA says the next footsteps on the moon will be those of a woman.

The Artemis program will allow NASA scientists and engineers to examine the moon’s surface up close-- something the 12 astronauts (all men) of the Apollo program had a mere 80 hours to do. Among the crew on the frigid lunar south pole will be “the first woman and the next man” on the moon, NASA said.

RELATED: How record heat is impacting 'Apollo 11 at 50' celebrations on the National Mall

“Scientists have learned nearly as much as is possible to learn without the lunar environment and without much contact with the surface,” said Lonnie Shekhtman of NASA’s Goddard Space Flight Center in Greenbelt, Maryland.

Neil Armstrong, Buzz Aldrin, and Michael Collins of Apollo 11 launched for the moon 50 years ago today.

NASA says the missions of tomorrow will focus on moving safely across lunar soil, building on top of it, and how to keep humans safe in space.  Further conquest of the moon is key, NASA said, to “make it possible for humans to safely and sustainable explore farther destinations such as Mars.”

President Donald Trump asked NASA to accelerate plans to return to the moon and to land humans on the surface again by 2024.

RELATED: Celebrate the 50th anniversary of Apollo 11 landing on the moon with these fun DC events

“We will go with innovative new technologies and systems to explore more locations across the surface than was ever thought possible,” said NASA Administrator Jim Bridenstine. “This time, when we go to the Moon, we will stay. And then we will use what we learn on the Moon to take the next giant leap-- sending astronauts to Mars.”