The west coast has some of the worst air quality in the world this week.

SAN DIEGO — San Diego's air quality is usually good this time of year, but not on Tuesday. Surprisingly, the problem isn't because of the Valley Fire burning in East County, but instead, the pollution is from fires that are burning hundreds of miles away.

This week, there are multiple wildfires burning across California and Oregon. Several of them are huge fires that are sending gigantic plumes of toxic smoke into the air.

Reider said the higher levels of unhealthy particles in our air were floating way above us, but our stagnant weather allowed it to settle, pushing the bad air down. Now it's going to stick around for a few days.

“We do anticipate a change in the weather this weekend with more onshore wind flow and essentially more turbulent weather in the atmosphere what will disperse the particles," said Reider.

When trees and brush burn, carbon particles and toxic hydrocarbons are released into the air. Inhaling wildfire smoke can cause coughing, lung inflammation and shortness of breath.

Dr. Asha Devereaux is a pulmonologist at Sharp Coronado. She said these conditions can be particularly tough on people with asthma and underlying lung conditions, but warns that no one should be participating in strenuous outdoor exercises.

“The more deep breaths you draw in, like going for a run outdoors in this air quality, you are going to absorb more and more into your lungs and airways," said Devereaux.

In case you're wondering, the masks most people are wearing right now to stop the spread of COVID-19 will not filter out all of the dangerous chemicals in the air, but as Dr. Devereaux put it, “Anything is better than nothing.” 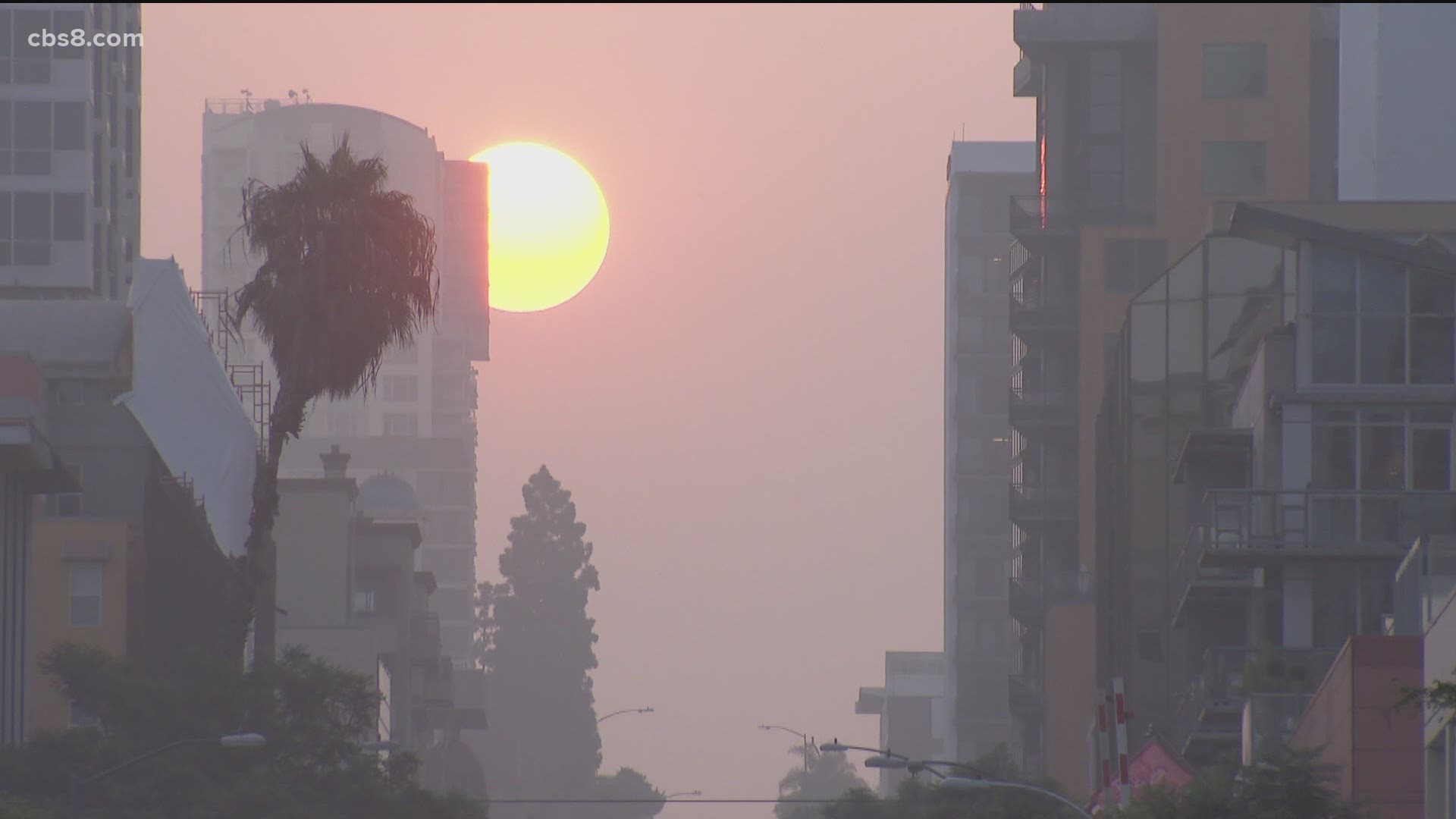