One young girl was killed along with a dog. Two other young children were taken to the hospital with severe injuries. 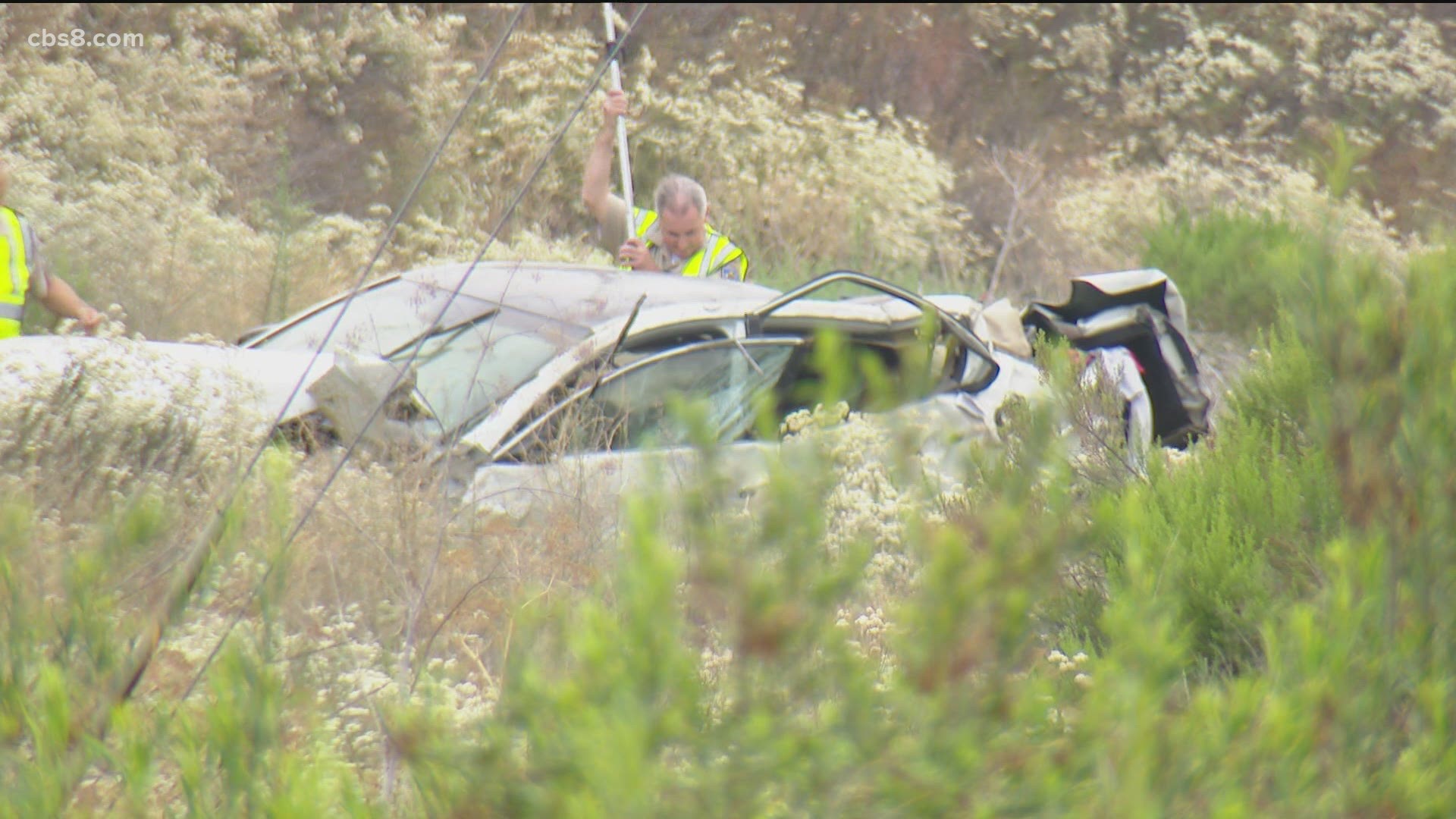 SAN DIEGO COUNTY, Calif — A young girl was killed and two children and a driver suffered serious injuries early Wednesday morning when a car crashed down a steep embankment off Interstate 15 in unincorporated Escondido.

Dispatchers received a call about 2:25 a.m. from a person who reported seeing a vehicle swerve and then tumble down a hill off the right side of northbound Interstate 15 north of Gopher Canyon Road, according to the California Highway Patrol.

The vehicle ended up at least 150 feet down the hillside, the CHP reported.

According to North County Fire Protection, a woman in her late 20s was driving the vehicle with a dog and three children under age 6 inside when the vehicle crashed.

According to CHP, alcohol is suspected to be a factor in the accident. They sayd the driver is facing multiple charges related to the incident including felony DUI causing death.

A SigAlert was issued at about 3:05 a.m. shutting down the right two lanes on northbound Interstate 15 north of Gopher Canyon Road.