The storm set new records in New York City and New Jersey, among other areas. 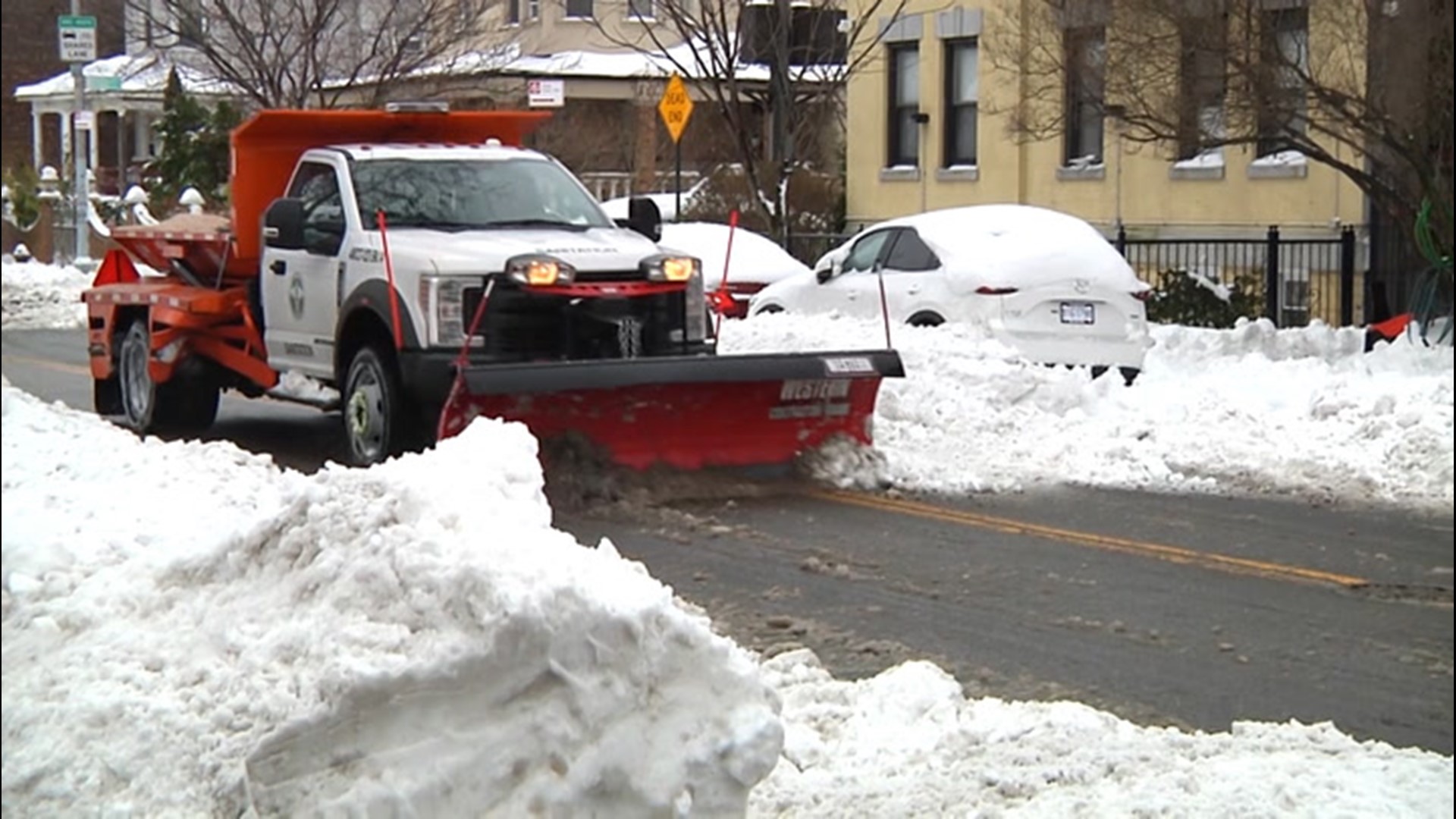 After a three-day snowstorm that may have felt like three years -- including on Groundhog Day, no less -- a heavy blanket of record-breaking, deadly snowfall has left an entire winter's worth of snow behind.

As the bull's-eye of the storm targeted the mid-Atlantic and moved into the Northeast, the multiple feet of snow that accumulated in many areas got all the headlines. However, along with that snow, whipping winds and inundating coastal floods left behind a record-breaking mess for the ages.

The most heavily concentrated center of that bull's-eye ended up being over the regions of eastern Pennsylvania, northern New Jersey and the Greater New York City area, as many places recorded snow accumulations north of 30 inches.

Within those states, many records fell or were approached, including in Allentown, Pennsylvania, where the storm's lone fatality occurred. On Monday morning, a 67-year-old woman with Alzheimer's disease left her home only to later be found dead in the snow. According to NBC 10 in Philadelphia, the cause of death was determined to be hypothermia.

By the time the storm was over on Tuesday afternoon, 27.3 inches of snow had accumulated in Allentown. More than 36 inches of snow was reported in Nazareth, Pennsylvania, according to a National Weather Service list of storm reports.

In Philadelphia, more than 450 pieces of snow equipment were deployed to clean the streets, although officials urged motorists to stay off the roads as drivers continually found themselves losing control of their vehicles or stuck. At Philadelphia International Airport, nearly 8 inches of snow forced the cancellation of at least 130 flights, according to Flight Aware.

In the Northeast, the storm refused to relent and held strong as a "Miller B" type storm, AccuWeather Meteorologist Jake Sojda said, named after a prominent meteorologist who studied winter storm setups.

"The way this tends to lead to a broad swath of so much snow, and really heavy snow for some, is akin to the atmospheric river we saw in California last week," Sojda explained. "Energy is essentially transferred from one low-pressure area in the Ohio Valley to another low-pressure area forming along the mid-Atlantic coast," Sojda continued.

"This creates an elongated area of strong easterly flow inland from the Atlantic Ocean, along which moisture can be transported, similar to the atmospheric rivers we see from the Pacific into the West Coast," he added. "This is what helped to bring prolonged snow so far west into portions of Ohio and Pennsylvania."

Farther east, the storm also coated much of New York, Massachusetts and Connecticut, spurring hundreds of snow removal vehicles into action and leaving thousands of residents temporarily without power.

In New York City, observation sites reported 17.4 inches of snow in Central Park, and more than 17 inches in Parkchester and Queens Village by Tuesday. Despite the fact that most of the snow fell on the first day of the month, the storm made for the city's snowiest February since 2014.

This one storm alone brought nearly four times more snow than all of last season did for New York, when fewer than 5 inches fell throughout the entire winter.

A 122-year-old state record for most snow from a single storm may have been broken in northern New Jersey as a result of the nor'easter. According to The Associated Press, the town of Mount Arlington ended up with 35.5 inches. If the total, which is currently preliminary, is in fact confirmed, it would best the previous state record of 34 inches measured back in a Feb. 1899 blizzard in Cape May County, located in the southern part of the state.

Power outages were not a major issue with this storm, although more than 19,000 Massachusetts residents had to wait for their lights to turn back on early Monday night. For the southern New England states, along with eastern New Jersey, fierce winds and coastal flooding presented different kinds of concerns.

The ongoing snowfall and heavy winds forced dozens of cancellations at Logan International Airport in Boston on Tuesday while gusts up to 75 mph, equivalent to that of a Category 1 hurricane, were recorded in New Hampshire atop Mount Washington.

Compared to what was dealt to the inland mid-Atlantic, the storm heavily targeted these areas due to the moisture stream, Sojda said.

"One of the differences with this storm, is that the coastal low-pressure area stalled for a while near the Jersey shore," he said. "This left parts of northern New Jersey, northeastern Pennsylvania and southeastern New York sitting under the heaviest snowfall for a longer-than-usual time for a storm like this, causing some really impressive snowfall amounts."