Dog and her newborn puppies rescued from underneath van in San Diego, owner sought

The rescued puppies will be ready for adoption in eight weeks. 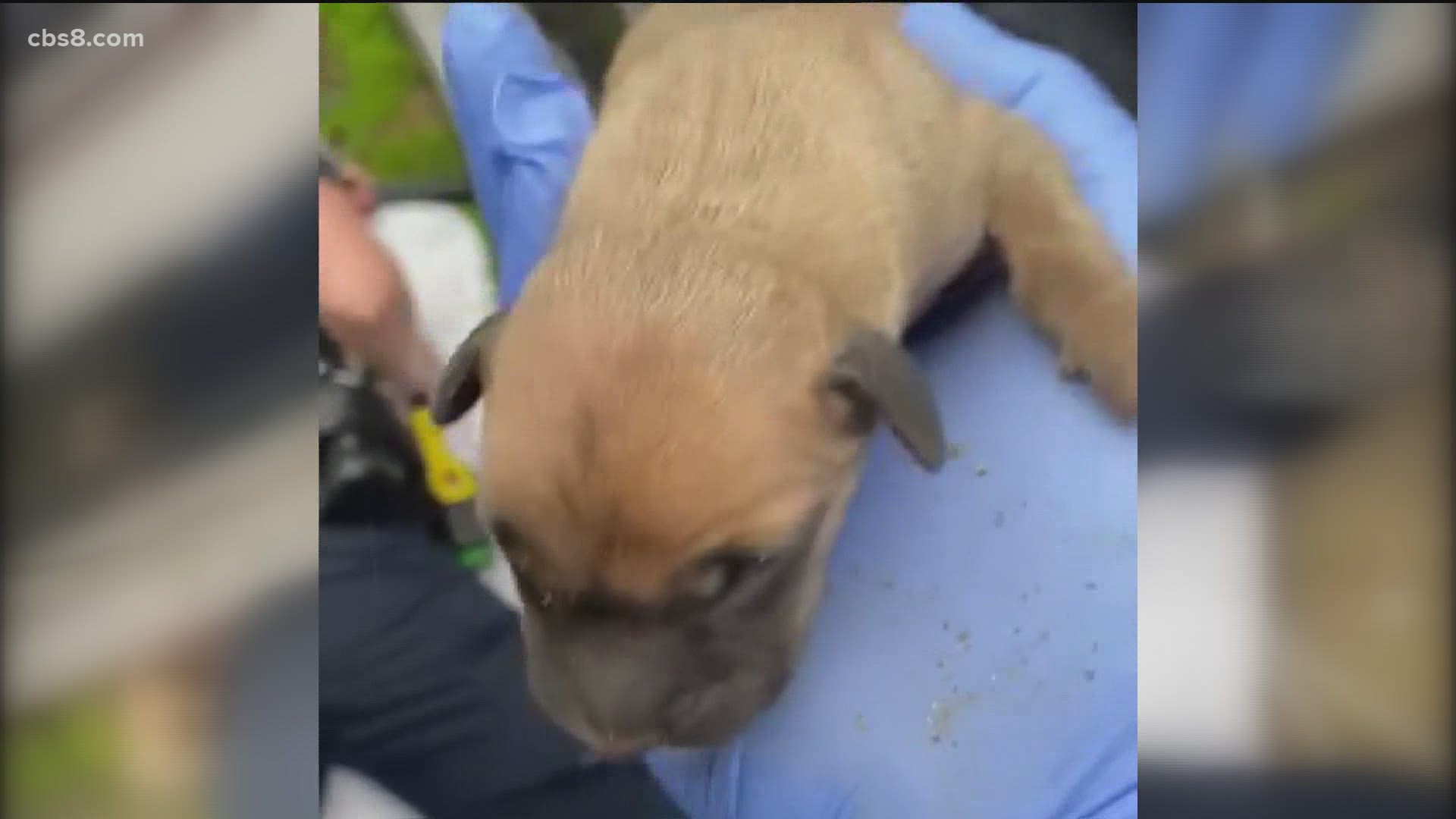 SAN DIEGO COUNTY, Calif. — A mother dog and her newborn puppies were rescued from underneath a van in San Diego Thursday and authorities placed the dog on a stray hold in an attempt to locate a possible owner.

San Diego Humane Society's Humane Law Enforcement responded about 4 p.m. to a report of a stray dog who just delivered a litter of puppies under a van in the 5200 block of La Paz Drive, near Euclid Avenue, spokeswoman Nina Thompson said.

Officers pulled out the puppies, one by one. One did not survive, but the other nine appeared healthy and were taken, along with their mother, to the humane society's Pilar & Chuck Bahde Center for Shelter Medicine, where they were examined by veterinarians, said Thompson.

Nine puppies, five girls and four boys being nursed currently. Officers who responded expected a protective mother, but that wasn't the case.

“She was really weak and I could just tell that she needed our help to get her to a safe place,” said officer Clinton Ganus.

The mother is believed to be a Rhodesian Ridgeback/Hound mix, about 3 years old. She did not have a microchip and was placed on a stray hold while a search for the dog's owner was conducted, Thompson said.

Soon, mom and pups will be looking for a foster home where they can all be together before adoption.

The puppies will be ready for adoption in eight weeks.

For more information on the mother dog and her litter of puppies, or if you have interest in serving as a foster family, contact: www.sdhumane.org. 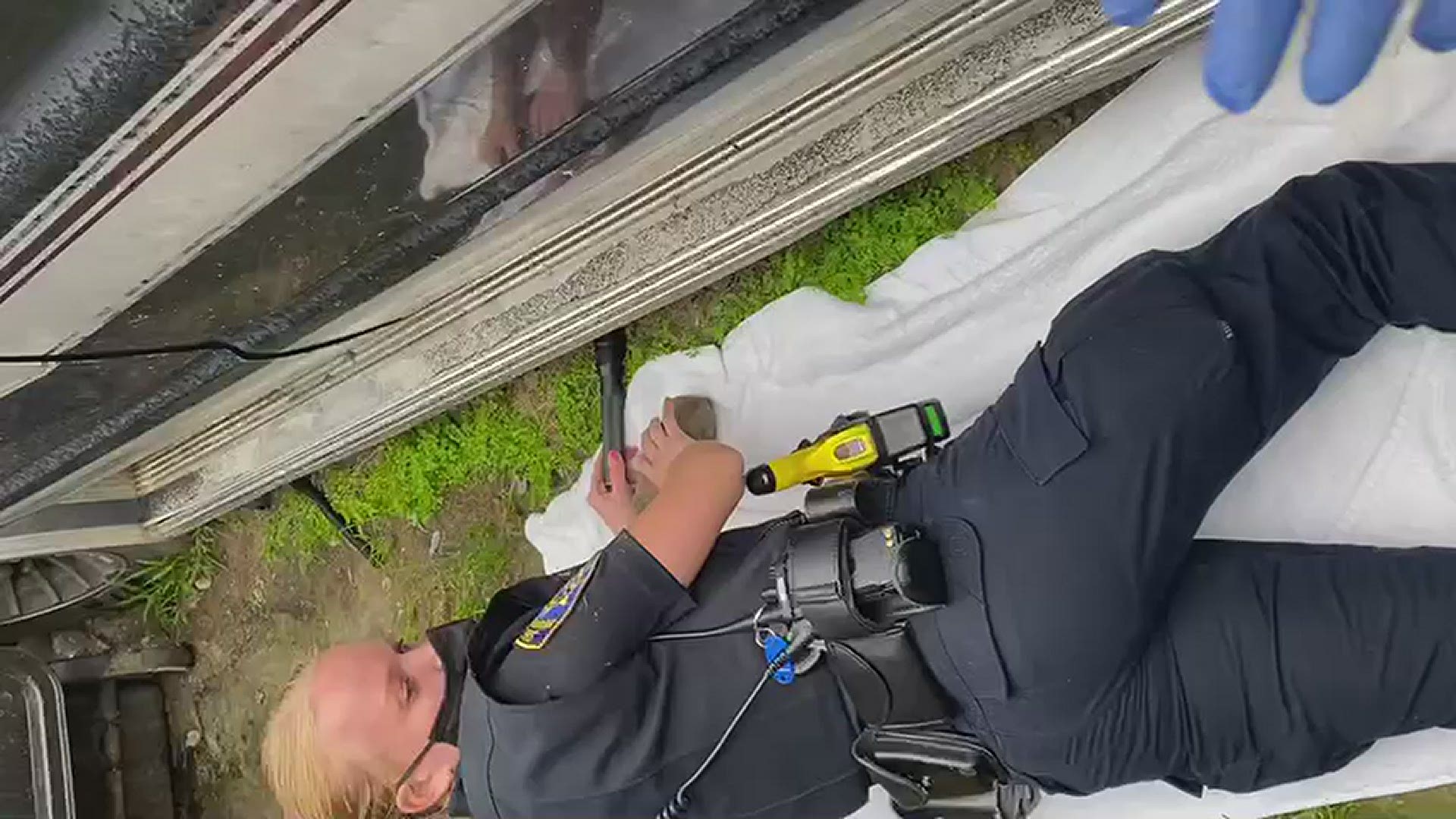 WATCH: Great apes at the San Diego Zoo and Safari Park given vaccine targeted for animals