Update: Dog once covered in foxtails is now happy, healthy and ready to be adopted!

News 8 viewers met Bellwether back in July. Since then, she's undergone seven surgeries. 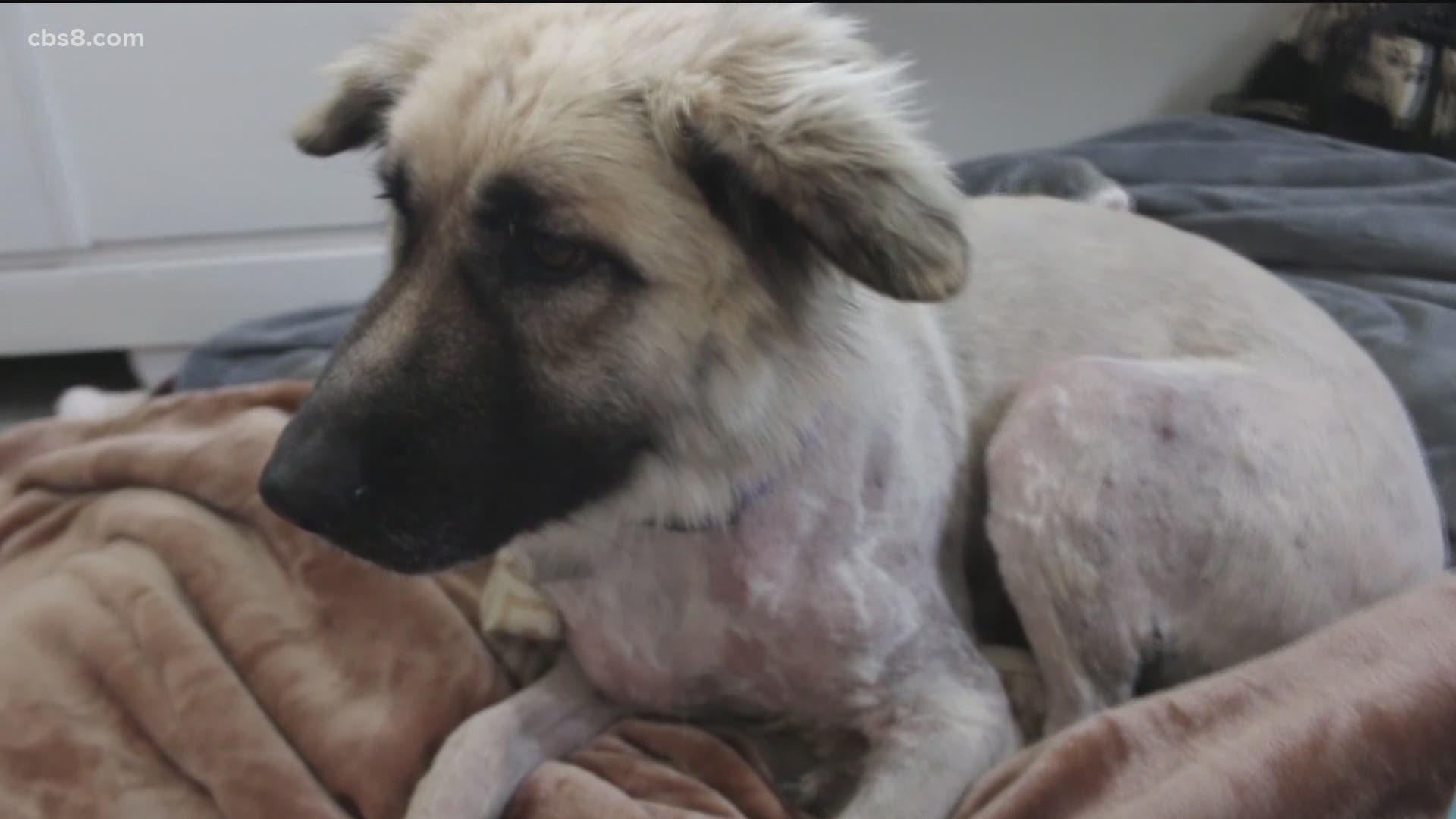 ENCINITAS, Calif. — A Shepard-mix that was once covered in hundreds of foxtails is now ready to find her forever home.

News 8 introduced viewers to Bellwether back in July. She was a stray taken in by the Rancho Coastal Humane Society.

Animal attendants discovered the sharp "spear grass" weeds all over Bellwether's body. There were hundreds all over her fur and embedded in her skin. Foxtails can be very dangerous to pets, they sometimes even cause death.

"Our vet saw them because they were black spots under her skin. Some of them were infected," said Rancho Coastal Humane Society Spokesperson John Van Zante.

Bellwether had to undergo seven surgeries to remove them, but she's now thriving. The 2 1/2-year-old pup's hair is now growing back nicely, though it's a little uneven.

She isn't camera shy, and its clear she loves people. Now that she's no longer in pain, her true personality is shining through. 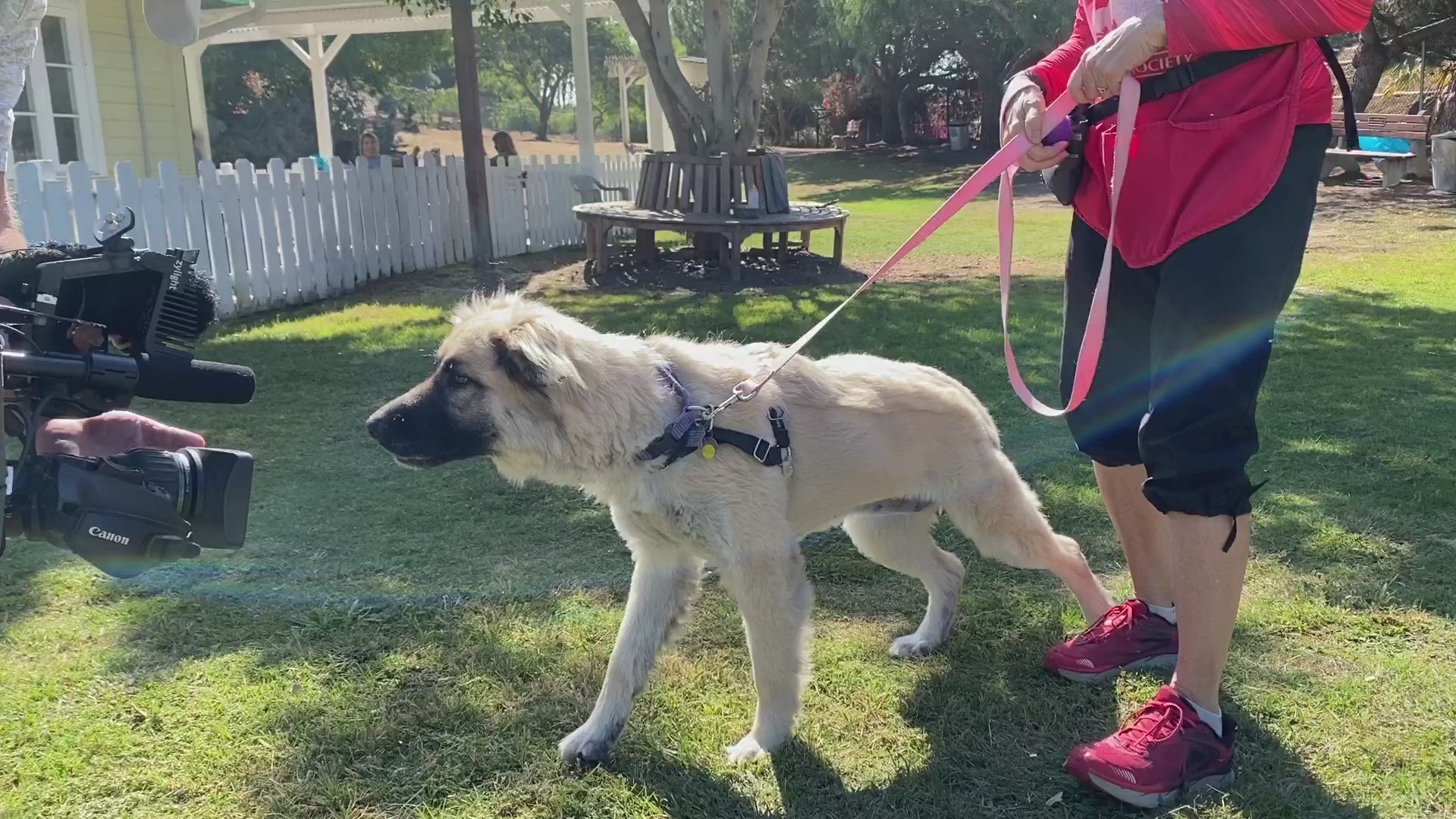 "She's loving. She shakes. She lays down. She knows how to play ball," said Van Zante.

"She's selective about other dogs, so she might never be a dog park or a beach dog, but she's definitely going to be part of the family, and an active participant in the family," he added.

A forever family is all this adorable pup wants, so she can soak up all kinds of attention.

"She's a San Diego dog now and it doesn't get any better than that," said Van Zante.

For more information about how to adopt Bellwether, click here.

RELATED: Dog recovering at Rancho Coastal Humane Society after hundreds of foxtails were removed from her body

RELATED: Dogs rescued from Hurricane Delta up for adoption in San Diego