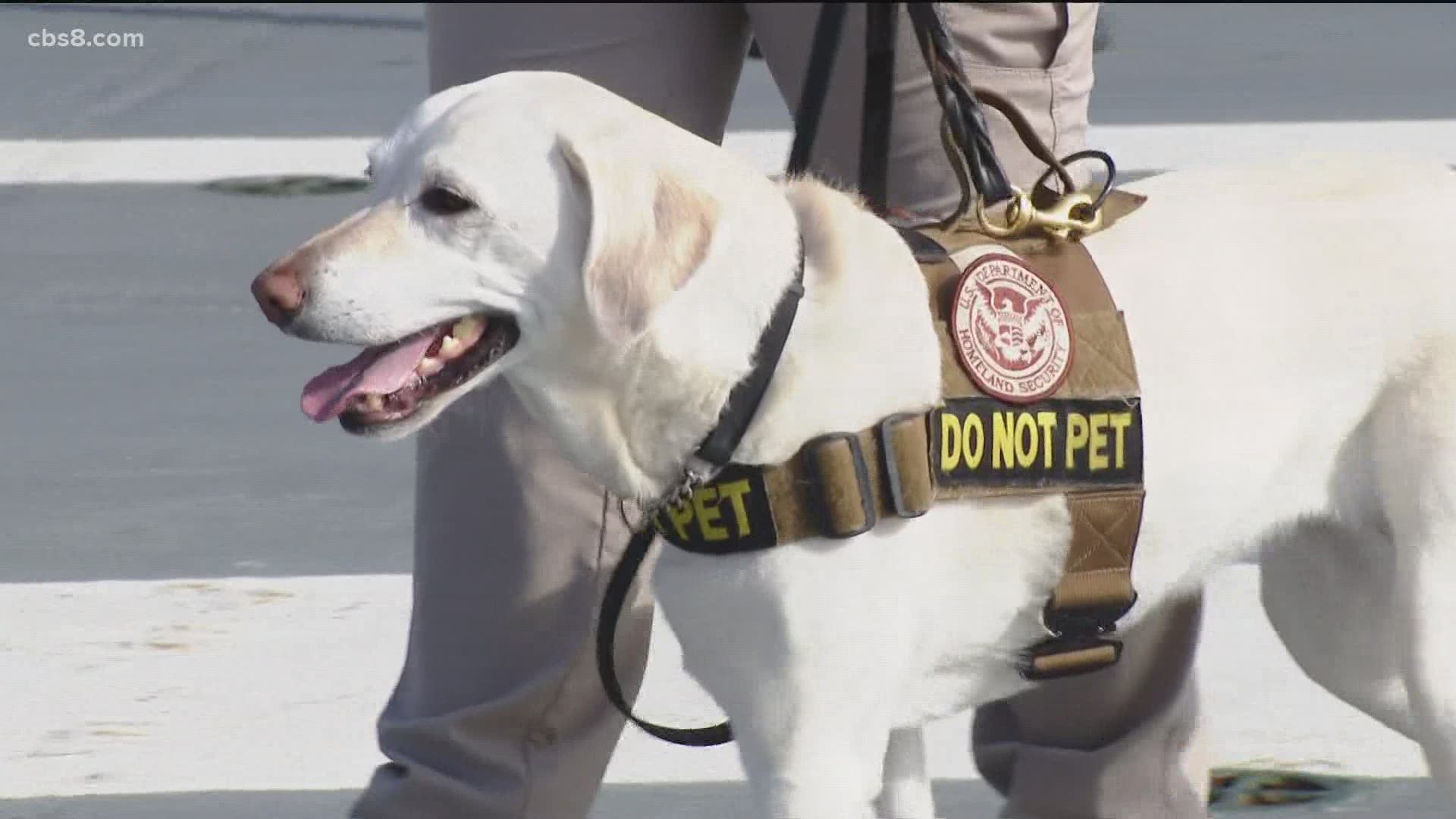 She's sniffed for explosives at several airports along the West Coast, most recently at San Diego International Airport. All in all, Fany has used her superior scent detection capabilities to support TSA security operations since 2015.

"She's my partner, and so, she's taught me so much about myself," Fany's handler, Elysa, said during the retirement celebration on the flight deck of the USS Midway Museum on San Diego Bay Monday morning.

The agency estimates that Elysa and Fany have worked more than 2,500 hours together, and that doesn't even include training to keep Fany's explosive detection certification up to par.

Fany has even worked two Super Bowls, including Super Bowl 50 in San Francisco.

So what does retirement look like for the yellow Lab?

Not so "ruff" of an assignment, just playing with toys and being a normal dog.