The history of Cinco de Mayo

In 1862, forces sent by Napoleon III were on the march to Mexico City and encountered the Mexican Army in Puebla. 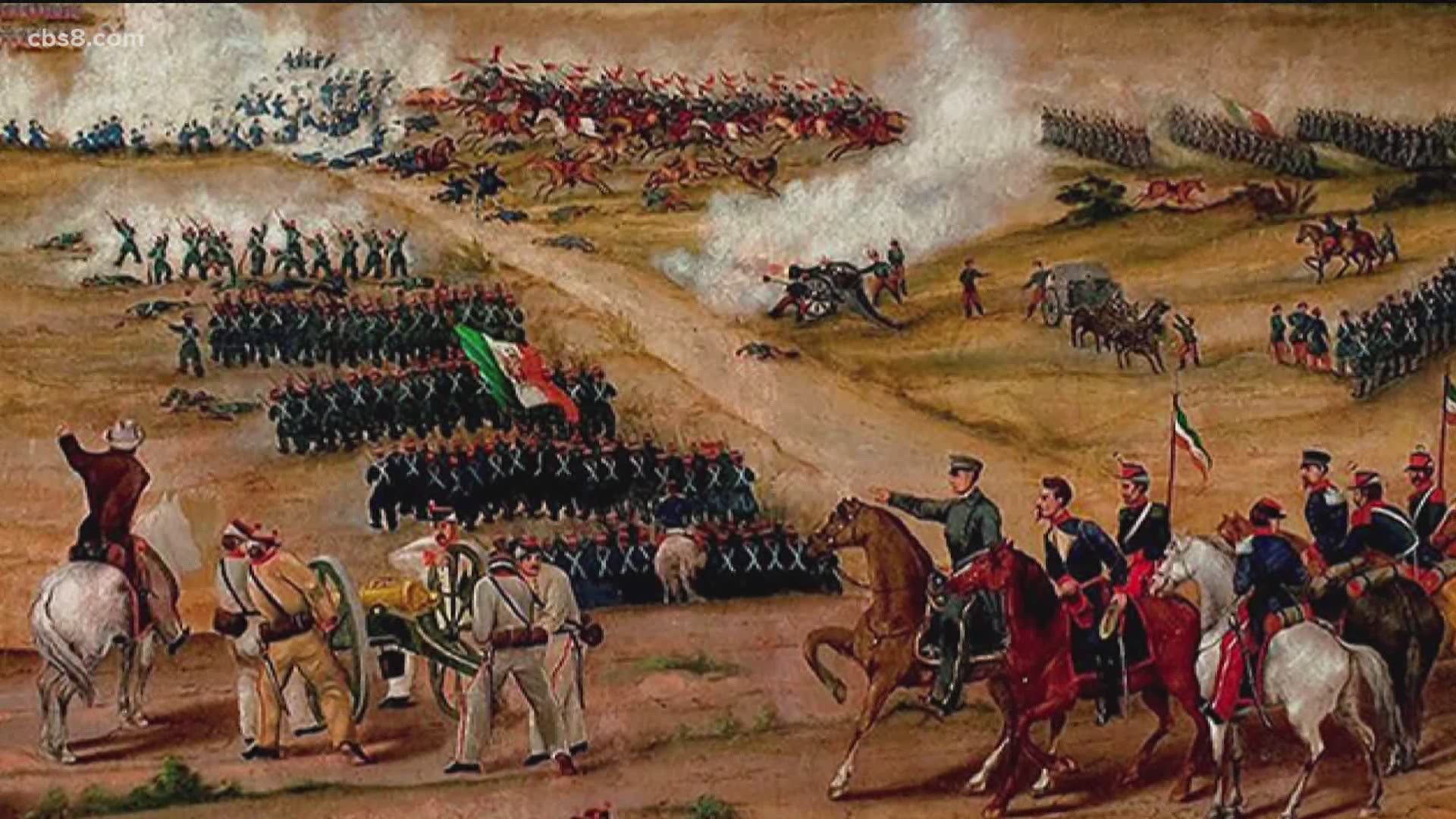 CALIFORNIA, USA — There is a lot of confusion when it comes to what the meaning of Cinco de Mayo is. So, to get the clear answer we went to an expert, Francisco Bustos, who is a professor at Southwestern College.

"It's not Independence Day, it's the great Battle of Puebla. It's where the small Mexican Army defeated the French empire," he said.

He explained why Cinco de Mayo and the Battle of Puebla is so important in Mexican history.

"Puebla is remembered very much because it was a small Mexican Army verses the gigantic French Empire Army, so that meant a lot to Mexicans," Bustos said.

In 1862, forces sent by Napoleon III were on the march to Mexico City and encountered the Mexican Army in Puebla. On May 5th, they attacked with a large fighting force, using superior weapons.

"Even though they were coming from all sides with a lot more muscle and weapons they couldn't do it, so they cut their losses," he said.

The battle was an inspiration for the Mexican Army and the people of Mexico that they could beat back the invading French.

"To beat the mighty French Empire that was huge, very huge. Something to be proud of, something to celebrate," Bustos said.

Puebla was not a turning point in the war with the French, but it showed they could be beat.

"In fact, it took years for Mexico to liberate itself from the French Army," he said.

Although the Cinco de Mayo is more of a party here in the U.S., it's also celebrated in Mexico.

"Kind of depends on where you go in Mexico. If you go to Puebla, there will be a celebration more than other parts of Mexico," Bustos said.

And when it comes to Independence Day in Mexico, it's Sept. 16, which was declared from Spain in 1810.