The color you wear on inauguration day sends a powerful message in the world of fashion and politics. 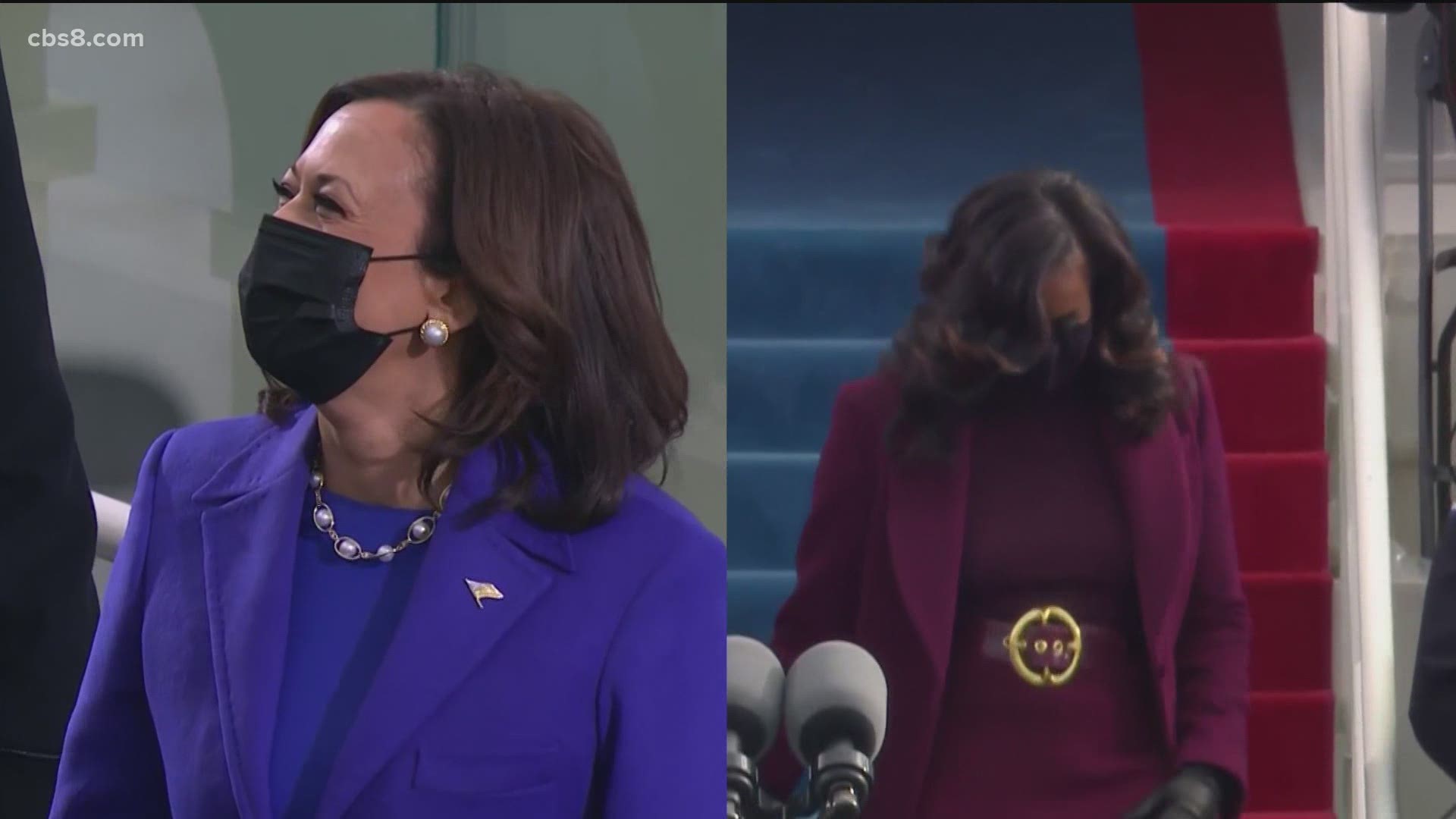 SAN DIEGO — It’s not just about looking good. The styles and colors worn at the inauguration are telling a story, acknowledging the past but looking ahead to the future.

Hillary Clinton told People Magazine she wore purple because it symbolizes unity, a combination of the colors red and blue used by Republicans and Democrats. Purple is also linked to the women’s suffrage movement and to Shirley Chisholm, who used the color during her historic campaign as the first Black woman to run for US President in 1972.

San Diego-based fashion designer O'Chea Dorsey said the clothing choices at the inauguration are strategic, especially when it comes to choosing designers.

“I think it was very structured. You know suits, I saw pant suits, and I love the color,” said O'Chea Dorsey, owner of O'Chea Fashion in Lemon Grove.

“It’s hard to put everybody in one category, but American fashion is very different. Its unique and it’s beautiful. It does set us apart,” Dorsey said.

Harris’ young nieces even got into the fashion game, donning custom-made coats similar to the ones Harris and her sister wore as kids.

Some people on social media also speculated that Former First Lady Laura Bush wore blue to also show solidarity. She’s a Republican but blue is the color of the Democratic Party.

RELATED: The symbolic meaning behind the color purple on Inauguration Day

She (First lady Michelle Obama) made me say her name with a French accent her style was so epic. I screamed, went to church, picked my hair off the floor (figuratively luvs) and just stood in awe of her. @MichelleObama pic.twitter.com/61YdZoQkBc