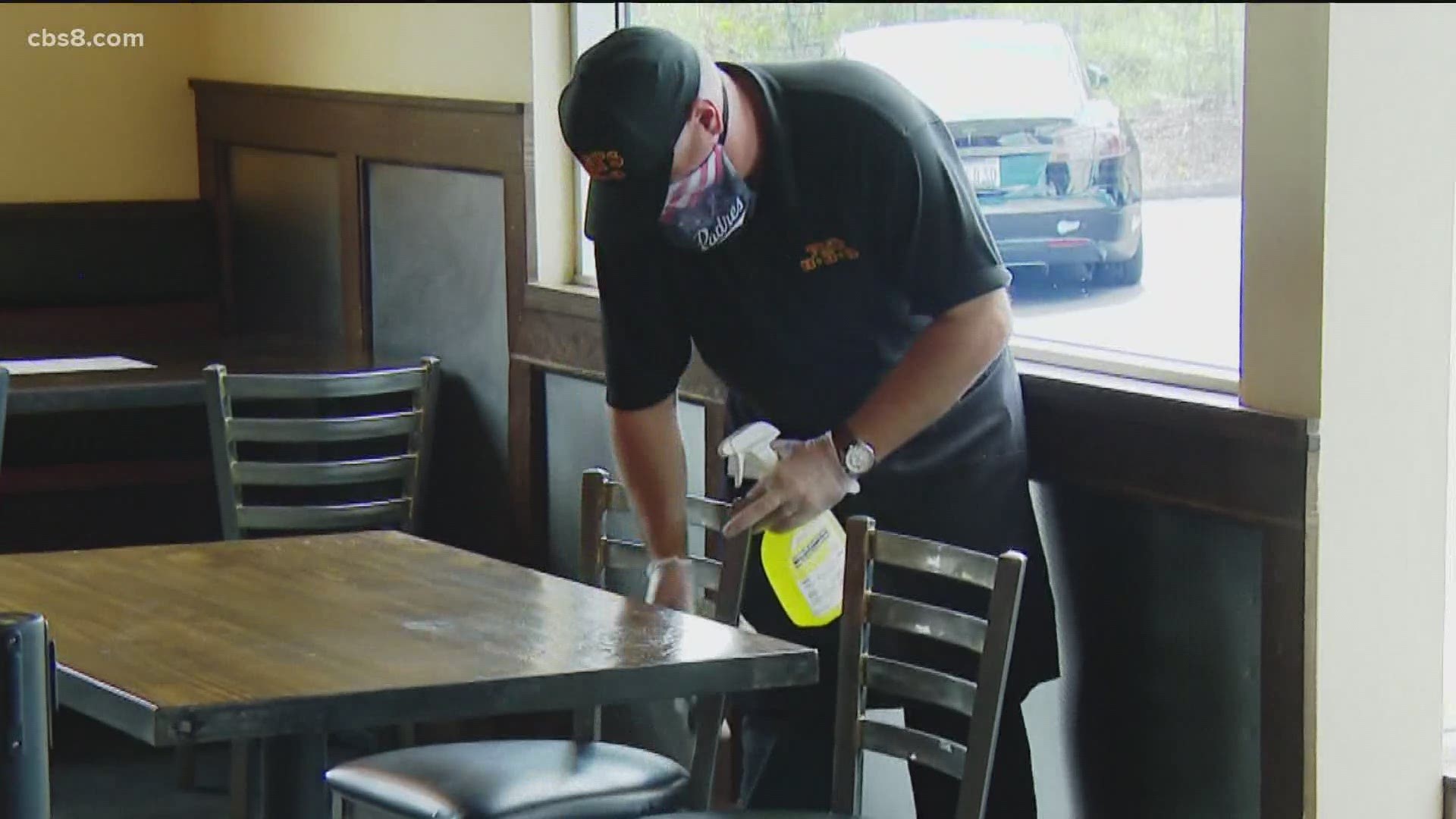 Public Health Officer Dr. Wilma Wooten said the plan was submitted late Tuesday evening and she received confirmation it was received early Wednesday morning. In most cases, the California Department of Public Health reviews county attestations within 24-48 hours. However, San Diego is the largest and most urbanized county to submit a stage two reopening plan to-date.

County officials are hopeful approval will come before the start of Memorial Day weekend.

The decision has large ramifications on local businesses. Draft and Cannonball at Belmont Park increased staffing in anticipation of the decision.

“If you told me we could open as soon as we're done with this interview, I'd run downstairs and we could open those doors,” said Ranato Deluca, Director of Operations at Belmont Park. “In a regular time frame, we have close to 400-500 staff members and now we've got about 80.”

Both restaurants have been open for take-out and curbside pickup. They spent the last two weeks going over new state guidelines and training staff on changes.

Tables were separated by at least six feet to allow for social distancing.

They plan to open dine-in service with a reduced menu immediately after the state gives approval.

“You never know when the rush is going to come [in a normal service] or anything. So, we're prepared for [reopening] in the back of the house,” said Jerry Ranson, Executive Chef of Belmont Park. “As far as the sanitation, we do that anyway. Now, this is just a refresh of what we already do.”

Belmont Park said its employees support the reopening plan and are ready to resume working. It is working to convince customers the restaurant is taking precautions and can provide a safe experience.

“We have that great advantage of that [the] iconic property that we're sitting on happens to be outdoors. So, I think that relieves a lot of that anxiety of people wanting to come out," he said.

CDPH is not expected to decide whether to approve or deny the county’s proposed “stage two plus” pilot program until after it approves the stage 2 reopening. Supervisors voted 4-1 to request the state give San Diego County permission to reopen some stage three businesses early. The county admitted CDPH expressed skepticism over the plan, but agreed to review it.

RELATED: San Diego restaurants gearing up for the possibility of dining in