Rideshare companies could pull out of California

Uber and Lyft are threatening to shutdown services in California if the companies are forced to classify drivers as employees as the AB-5 law states. 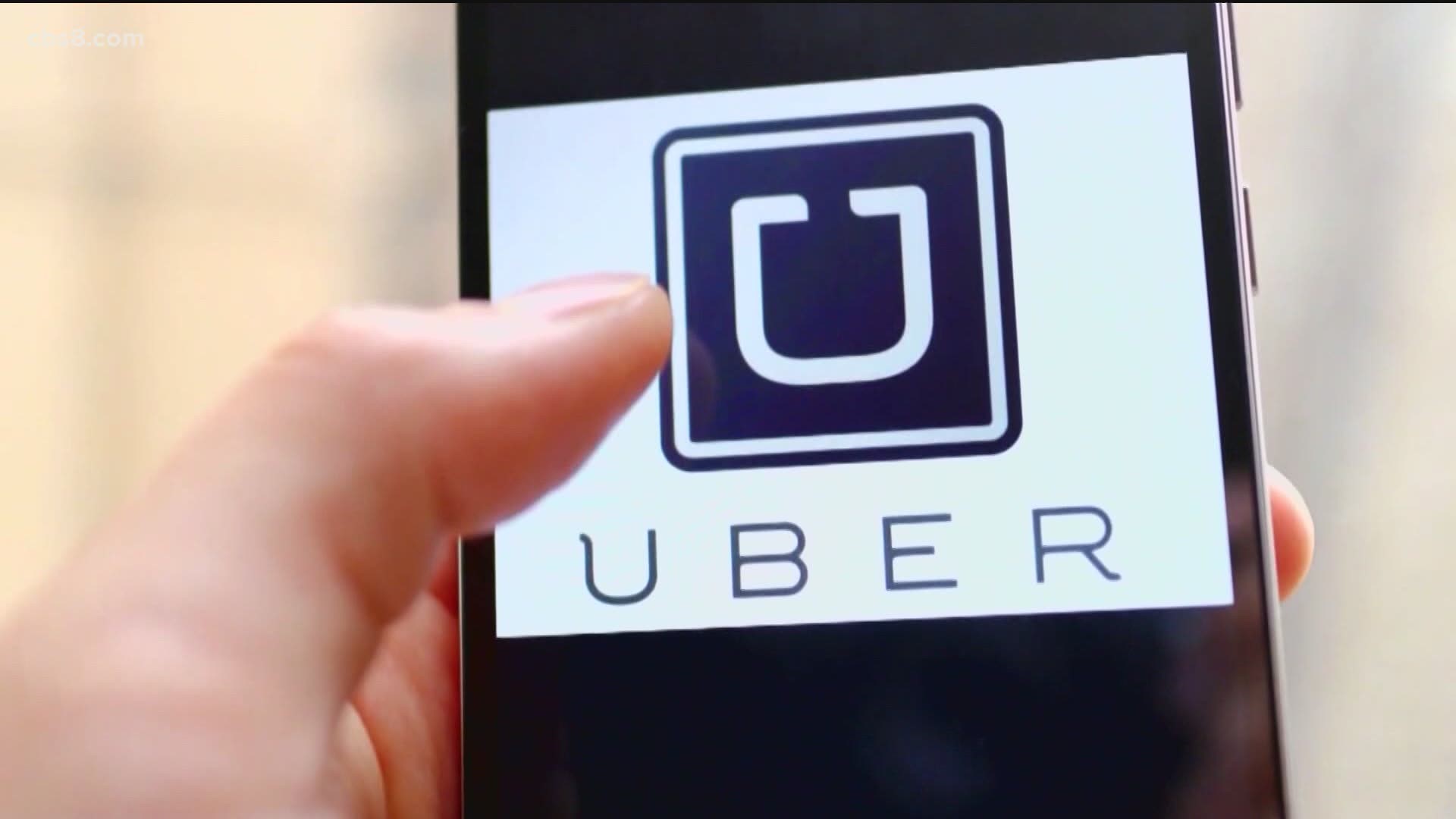 SAN DIEGO — Rideshare drivers in California may have to pump the brakes come Aug. 20 if both Uber and Lyft decide to pull out of the state.

"It's just a scare tactic that Uber and Lyft are using. This is where they started from, so I don't believe they're going to shut down in California," said Lyft driver of five years, Mike Robinson.

Robinson doesn't think that San Francisco-based ridesharing companies Uber and Lyft will shut down service in the state, but the clock is ticking. Just Thursday, a California judge denied the extension of a 10-day stay for an appeal. This comes after the judge ruled Monday that Uber/Lyft must reclassify drivers as "employees" and not as "independent contractors."

Due to that decision, both Uber and Lyft are threatening to end their ridesharing services in the state of California.

"We have the option of working during the day, middle of the day or late at night,” said rideshare driver Al Porche in San Diego.

Porche feels the judge's ruling threatens his freedom and flexibility. He does not support AB-5 that would make him a full-time employee, but instead is behind Proposition 22, along with both Uber and Lyft. Prop 22 backers report that more than 70% of drivers are for it.

Prop 22 is the California ballot measure going before voters in November that boasts it will keep app-based rideshare and delivery drivers as independent contractors and gives them control over their own hours.

"Most drivers support Prop 22. It allows us to keep our independent contractor status and flexible schedule,” Porche said.

But Robinson disagrees. He is a member of the Mobile Workers Alliance, which hopes to form into a union.

"You got to be full time to make more money," said Robinson of Loma Linda.

"This job is hard. Like you can't stay on. There's not rides constantly,” said Robinson, who completed his last Lyft ride on March 18 for health and safety reasons due to the COVID-19 pandemic.

Both Lyft and Uber filed a request for the judge to hold off on the ruling that would make drivers full-time employees.

Lyft said in a statement, "if our efforts to extend the stay are not successful, we will be forced to suspend operations in California, since we cannot flip a switch and transition our entire business model."

Uber’s statement said, "The vast majority of drivers want to work independently…our elected leaders should be focused on creating work, not trying to shut down an entire industry during an economic depression."

Robinson said because ridesharing in the pandemic is down overall, “if the companies do shutdown, I don't think it will be that big of an impact."

Business in California for Lyft is about 16% while it's 9% for Uber. The ridesharing companies have shut down previously in the city of Austin for six months in 2016, but never have the companies shutdown in an entire state. Uber and Lyft are expected to make a decision by Wednesday.