A lawsuit by the city attorneys of San Diego and two other cities and the state alleges the companies are violating Assembly Bill 5, which went into effect Jan. 1. 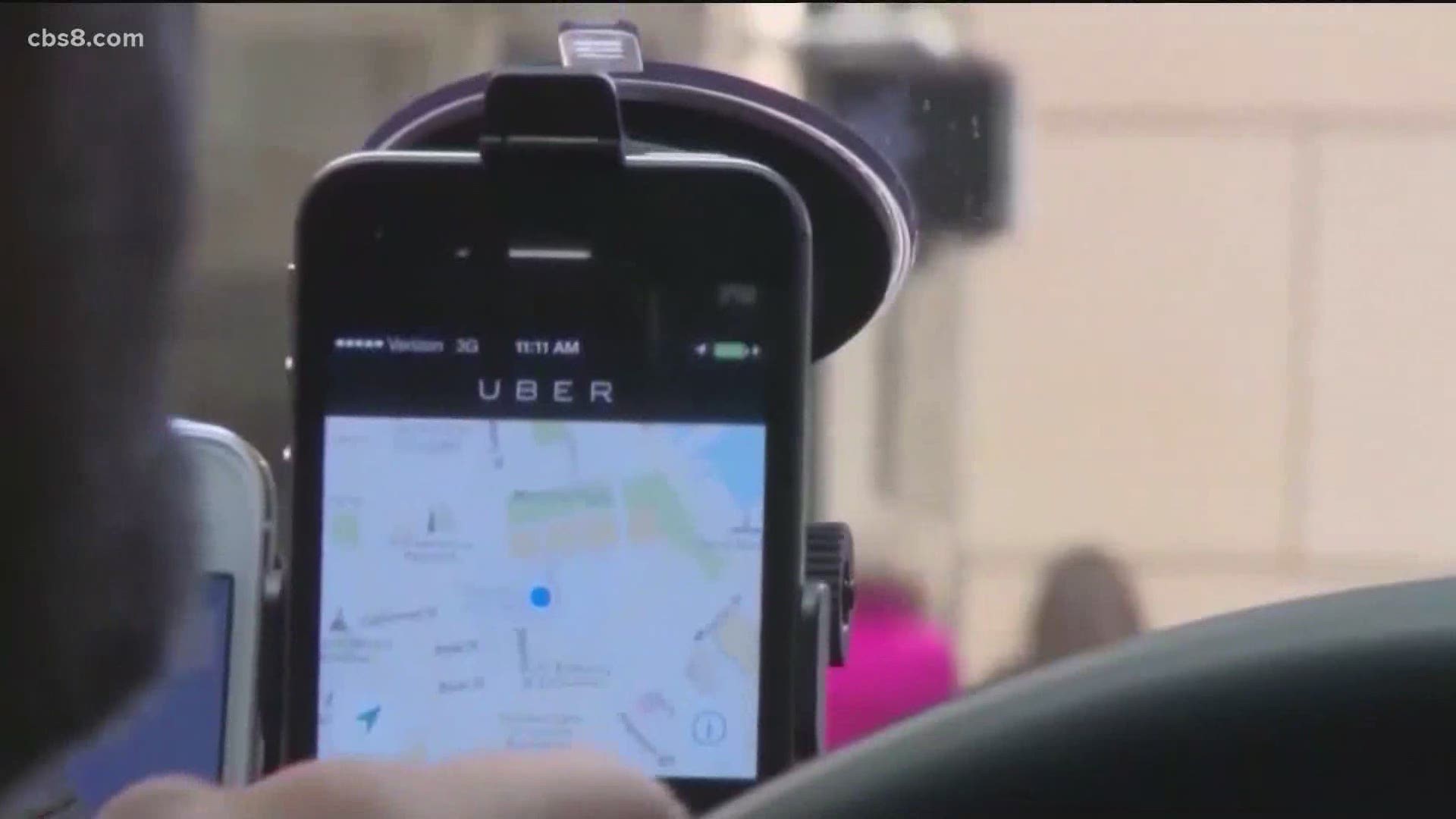 SAN DIEGO — In a ruling stemming from a lawsuit brought by the city attorneys of San Diego and two other cities and the state, a federal judge Monday granted a preliminary injunction against ride-hailing companies Uber and Lyft, requiring them to classify their drivers as employees rather than independent contractors in accordance with a new state law.

San Francisco-based Judge Ethan P. Schulman ruled in favor of California Attorney General Xavier Becerra, and the city attorneys of San Diego, Los Angeles and San Francisco in their lawsuit alleging Uber and Lyft have misclassified their drivers, preventing them from receiving "the compensation and benefits they have earned through the dignity of their labor."

The suit alleges the companies are violating Assembly Bill 5, which went into effect Jan. 1 and seeks to ensure "gig workers" misclassified as independent contractors are afforded certain labor protections, such as the right to minimum wage, sick leave, unemployment insurance and workers' compensation benefits.

He said he's been grateful to switch from driving for Uber and Lyft to delivering groceries and food during the pandemic but feels the judge's ruling could threaten his freedom and flexibility.

"We have the option of working during the day, middle of the day, late at night," Porche said.

Both Uber and Lyft issued statements indicating they would appeal the ruling, which is scheduled to go into effect in 10 days.

Schulman wrote in his ruling that "both the Legislature and our Supreme Court have found that the misclassification of workers as `independent contractors' deprives them of the panoply of basic rights and protections to which employees are entitled under California law, including minimum wage, workers' compensation, unemployment insurance, paid sick leave and paid family leave."

He is a member of the Mobile Workers Alliance which hopes to form into a union. Robinson is part of the "gig economy" workers who demand minimum wage, overtime, sick leave, and other benefits they say the law affords them.

In his ruling, Judge Schulman recognized that the injunction could have major impacts for the companies, as well as some drivers who prefer to remain independent, and wrote that "if the injunction the People seek will have far-reaching effects, they have only been exacerbated by Defendants' prolonged and brazen refusal to comply with California law."

The campaign for Proposition 22, a proposed ballot initiative sponsored by Uber and Lyft that would allow rideshare drivers to work as independent contractors, decried the ruling.

"We need to pass Prop 22 more than ever," said Jan Krueger, a retiree who drives with Lyft in Sacramento. "Sacramento politicians and special interests keep pushing these disastrous laws and lawsuits that would take away the ability of app-based drivers to choose when and how they work, even though by a 4:1 margin drivers want and need to work independently. We'll take our case to the voters to protect the ability of app-based drivers to work as independent contractors, while providing historic new benefits like an earnings guarantee, health benefits and more."

San Diego City Attorney Mara W. Elliott called the ruling "a milestone in protecting workers and their families from exploitation by Uber and Lyft, I'm proud to be in this fight to hold greedy billion-dollar corporations accountable, especially when a pandemic makes their withholding of health care and unemployment benefits all the more burdensome on taxpayers."

AB 5's author, Assemblywoman Lorena Gonzalez, D-San Diego, said, "Uber and Lyft have been fighting tooth and nail for years to cheat their drivers out of the basic workplace protections and benefits they have been legally entitled to. They have enriched their executives and their bottom line, while leaving taxpayers on the hook to subsidize the wages and benefits of their drivers.

"Today, the court sided with the People of California. I'm thankful to our Attorney General and city attorneys for demanding justice for the hundreds of thousands of rideshare drivers in California."