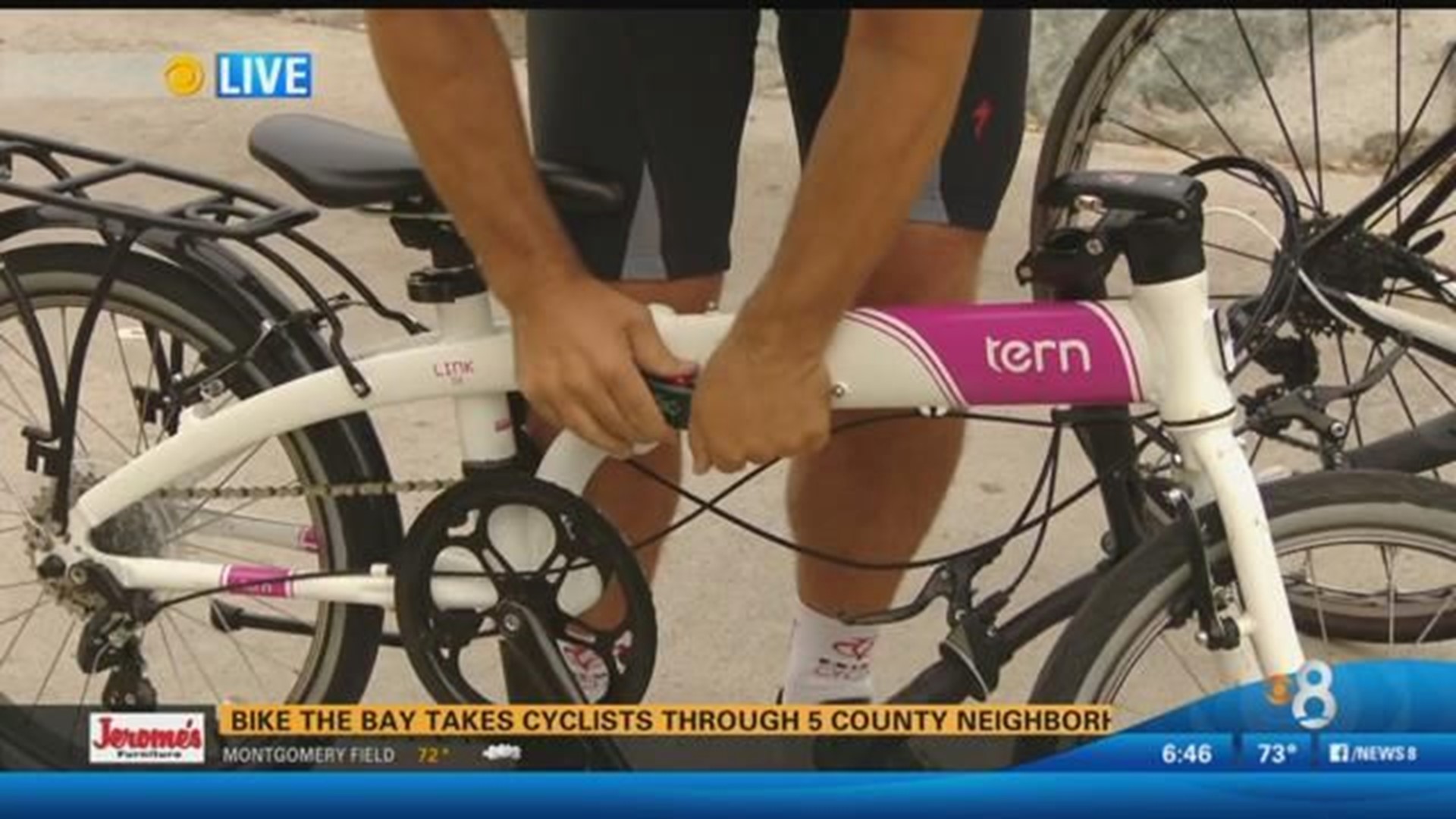 Bike the Bay presents an opportunity for folks of all bicycling levels to pedal through five San Diego neighborhoods at a casual pace. The neighborhoods include Coronado, San Diego, National City, Imperial Beach and Chula Vista.

It's the only opportunity to pedal across the renowned San Diego-Coronado Bay Bridge followed by a loop on the famed Bayshore Bikeway, which is a 25-mile ride.

The San Diego County Bike Coalition, a host and beneficiary of Bike the Bay, organizes the event to encourage biking as a fun and efficient alternative to automobiles in what it says should be the premiere bicycling destination nationwide.

“San Diego has potential to become the quintessential place to ride a bike, nationwide,” Andy Hanshaw, Executive Director of the Bike Coalition, said.

The event begins with two waves of riders, one at 7 a.m. and another at 8a.m., at Embarcadero Marina Park South on Harbor Drive in San Diego.

For registration, course maps and other information, click here.