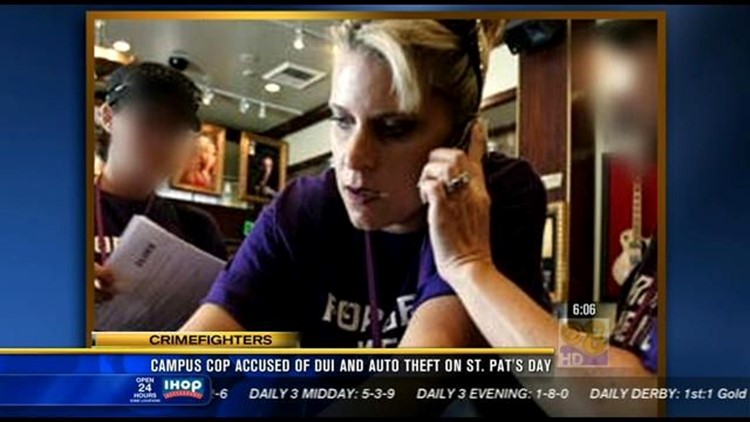 SAN DIEGO (CNS) - A woman employed as a campus police officer at Patrick Henry High School was on paid leave Tuesday following her arrest for allegedly stealing a shuttle bus and driving it while drunk at the end of a St. Patrick's Day party at an East County restaurant-bar.

Peckham, an 11-year employee of the San Diego Unified School District, had been socializing at the nightspot with a group that had arrived via a bus with a designated non-drinking driver, according to Caldwell.

Following their holiday outing, the revelers boarded the chartered vehicle and were preparing to leave when the driver became concerned about Peckham's allegedly unruly and disruptive behavior. Seeing several sheriff's deputies nearby, the driver got out and walked over to speak with them, Caldwell said.

At that point, Peckham allegedly got behind the wheel of the bus and drove off. The deputies gave chase, pulled her over a short distance away and arrested her on suspicion of drunken driving and auto theft. She was booked into county jail and released on bail Sunday morning.

Peckham has been placed on administrative leave pending the resolution of the criminal charges, school district spokesman Jack Brandais said.