Imagine wearing the same outfit all week long. Now, imagine if you could make a difference doing just that. 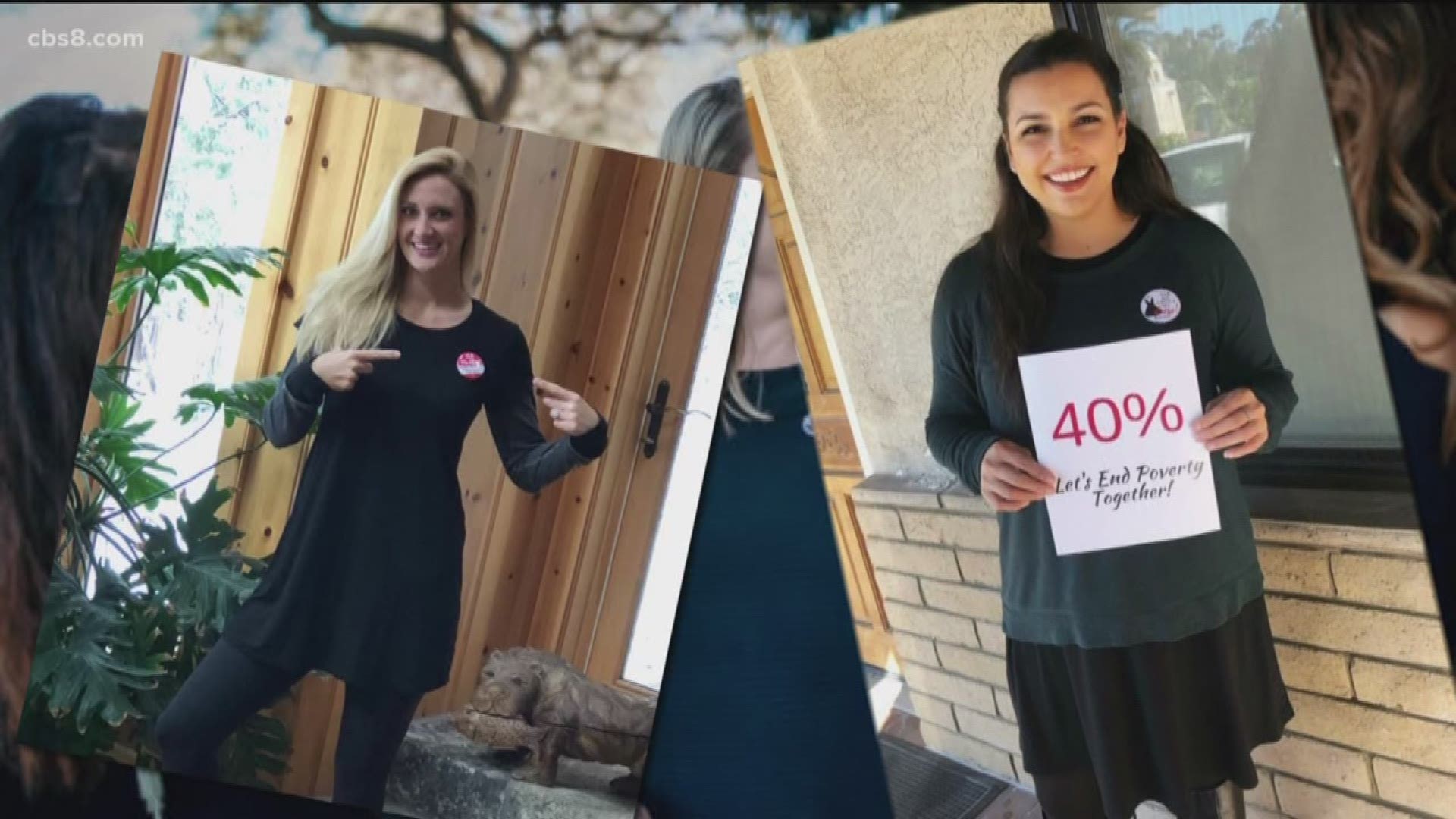 Imagine wearing the same outfit five days in a row. That's a reality for some women living in poverty who don't have the means to get new clothes.
The Junior League of San Diego is bringing awareness to the problem all week long with the help of a little black dress.

"It's a classic that most women do have in their closet," said Tiffany Hoffman, Junior League of San Diego's VP Elect of Marketing.

The little black dress is universal, and this week, the Junior League of San Diego is wearing the same black dress five days in a row.

"The idea is to wear the same black dress every single day with this little fancy button,” Hoffman said.

Members will wear a button that says “ask me about my dress.” This is the fourth year the initiative has been done in San Diego, and it wasn't always easy.

"You have to wash it probably at least once, and there are questions that can come with it," Hoffman said.

Hoffman said people did notice her and the 50 other Junior League members wearing the same outfit daily.

"Luckily, I work in a really small office. I'm in real estate, so I could explain it to everyone,” Hoffman said.

The local nonprofit helps to empower women who cannot afford new clothes and are not job-interview ready.

“Many people don't have a very large closet. They don't have many things to choose from. For example, we work with transition-age foster youth, and when they transition out of the system - they leave - they often times get one trash-bag full of stuff,” Hoffman said.

Last year, the Junior League of San Diego raised $10,000 in one week for the initiative. This year, News 8’s Heather Hope is joining the cause by wearing the same black dress all week long.

Hoffman said men can participate as well by simply wearing a black polo or black button-down or anything that is the same thing every day.

“We want to help people get the jobs and sometimes getting that job is predicated on looking your best,” Hoffman said.

Many are using the hashtag #lbdi on social media.

You can donate a dress or outfits to the league's clothing drive. If you'd like to donate, click here.

To donate a dress or any clothing, the League will host a clothing drive on Friday March 13 at two locations: