San Diego's Catfish Club was a gathering point for diverse groups to get together, meet local leaders and serve up some food for thought. 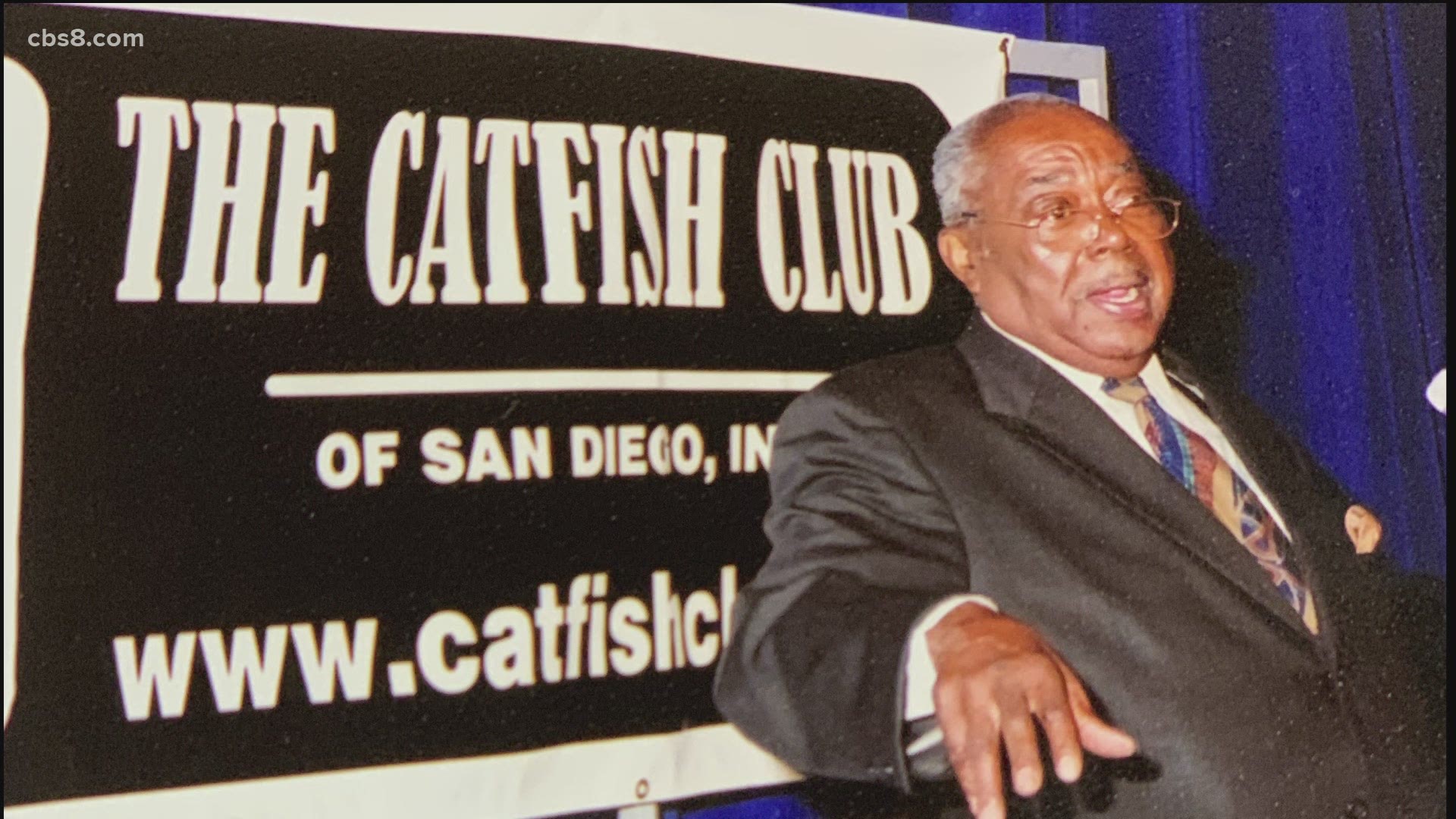 SAN DIEGO — When a fireman, postman and a preacher got together over a catfish dinner once week, little did they know, they would be sparking a longtime San Diego tradition.

Rev. George Walker Smith and his two friends started holding the informal luncheons in 1970 inside the fellowship hall of his church, Christ United Presbyterian. The trio originally called it the “Colored Folks” Club, but as it started it to expand in numbers and cultures, so did the name. They kept the “CF” part and called it the “Catfish Club.”

Founder Rev. Smith was a titan in the community, as he was the first Black person elected to office in San Diego when he joined the Board of Education in 1963. Smith tackled tough topics at the dinner table from affirmative action to gun control.

Smith said in a 1995 interview, “here’s a group starting with three people, who have kept this thing together addressing the social, political, economical and educational issues in this community.”

The fish fry meet-ups swelled into “who’s who” one-stop-shop for politicians, business owners and civic leaders to network with the everyday San Diegan.

Former California State Senator Lucy Killea said at the 25th anniversary of the Catfish Club that "it's one of the few gathering places where people who don't necessarily cross paths during the course of their daily lives have a chance to get together.”

With no assigned seats, you could be sitting next to the sheriff or your city councilmember.

Gaidi Finnie, the executive director of the San Diego African American Museum of Fine Arts says the Catfish Club was the go-to gathering for newcomers.

"I went to the Catfish Club every week when I first got here to get to know everybody, and it was just great sounding place for knowing about the Black community, you had catfish, string beans and all this soul food, so we would come to pay $10 to eat, and it was every Friday,” Finnie said.

Hundreds of community members showed up weekly for decades, digesting the deep conversations that spilled well over the noon lunch hour.

"It lasted a long time, so if you went, you had to be like, ahh man, I have to get back to work,” said Finnie, who used the club as a springboard to meet other black people in San Diego when he arrived in 1993.

Rev. Smith's daughter Carolyn Smith says because the luncheons would run so long, her father had this to say, “don't worry about your job, if they give you trouble at your job for coming in late, tell them to call me.”

Smith says the Catfish Club was her father's joy, who always made people smile after a good roasting over lunch.

“It was an arena for people to have civil discourse, and it allowed folks from all walks of life to come together with no pretense, and there were no nametags,” Smith said.

The Catfish Club ended in 2016, and Rev. Smith passed away in 2020 at age 91, but his legacy lives on. His grandson called him the “Martin Luther King Jr. of San Diego,” at his funeral last February.

Rev. Smith leaves behind nuggets of history that got started over catfish.

"That's the biggest thing that he left with a lot of people, is that he led with his heart. There are more people than I can count that say thank you for sharing your dad because he is my dad too, and that's just the kind of man he was,” Carolyn Smith said. 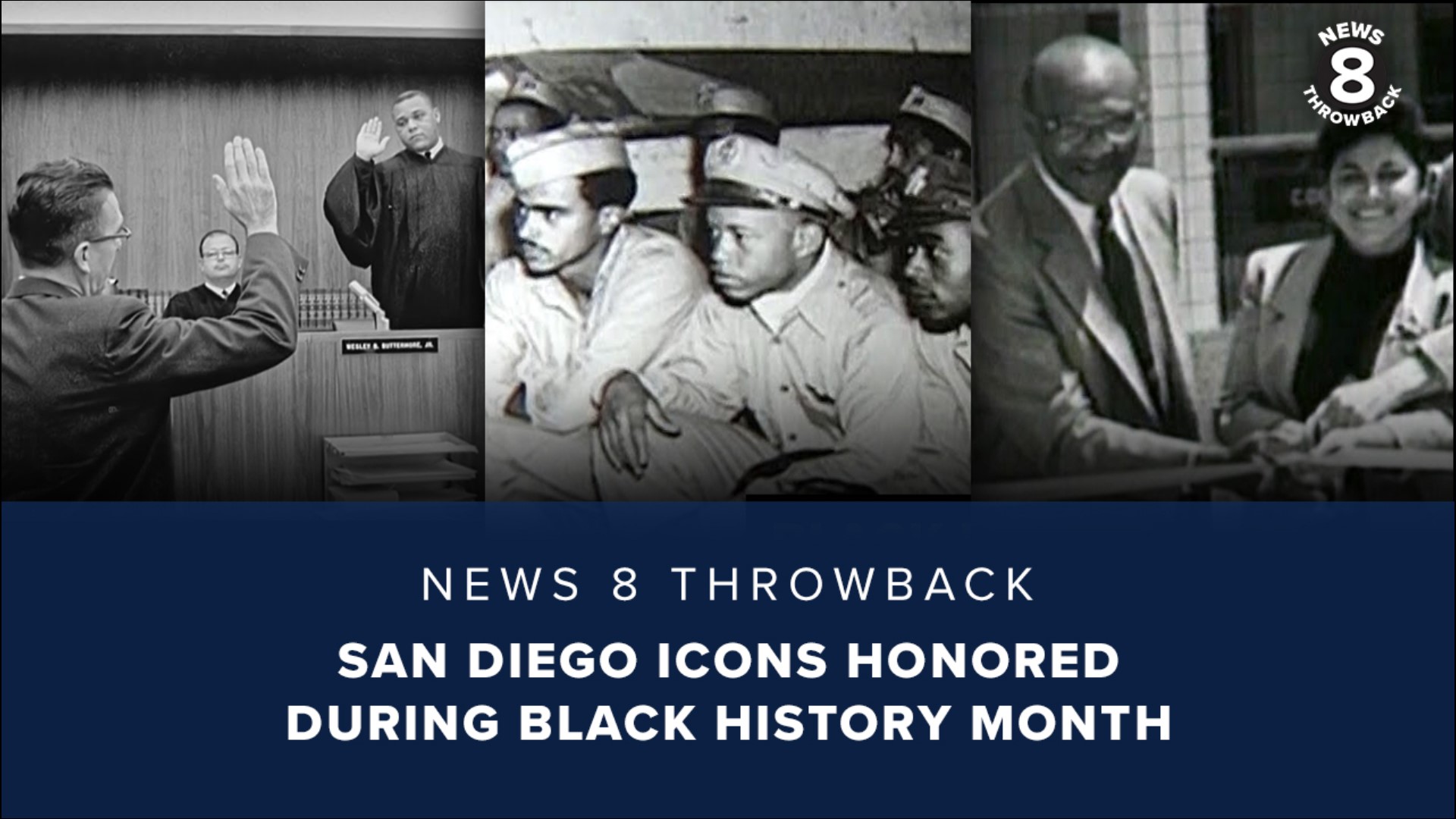