During his court appearance Thursday, Gomez claimed he was high on meth and thought the officers were gang members. 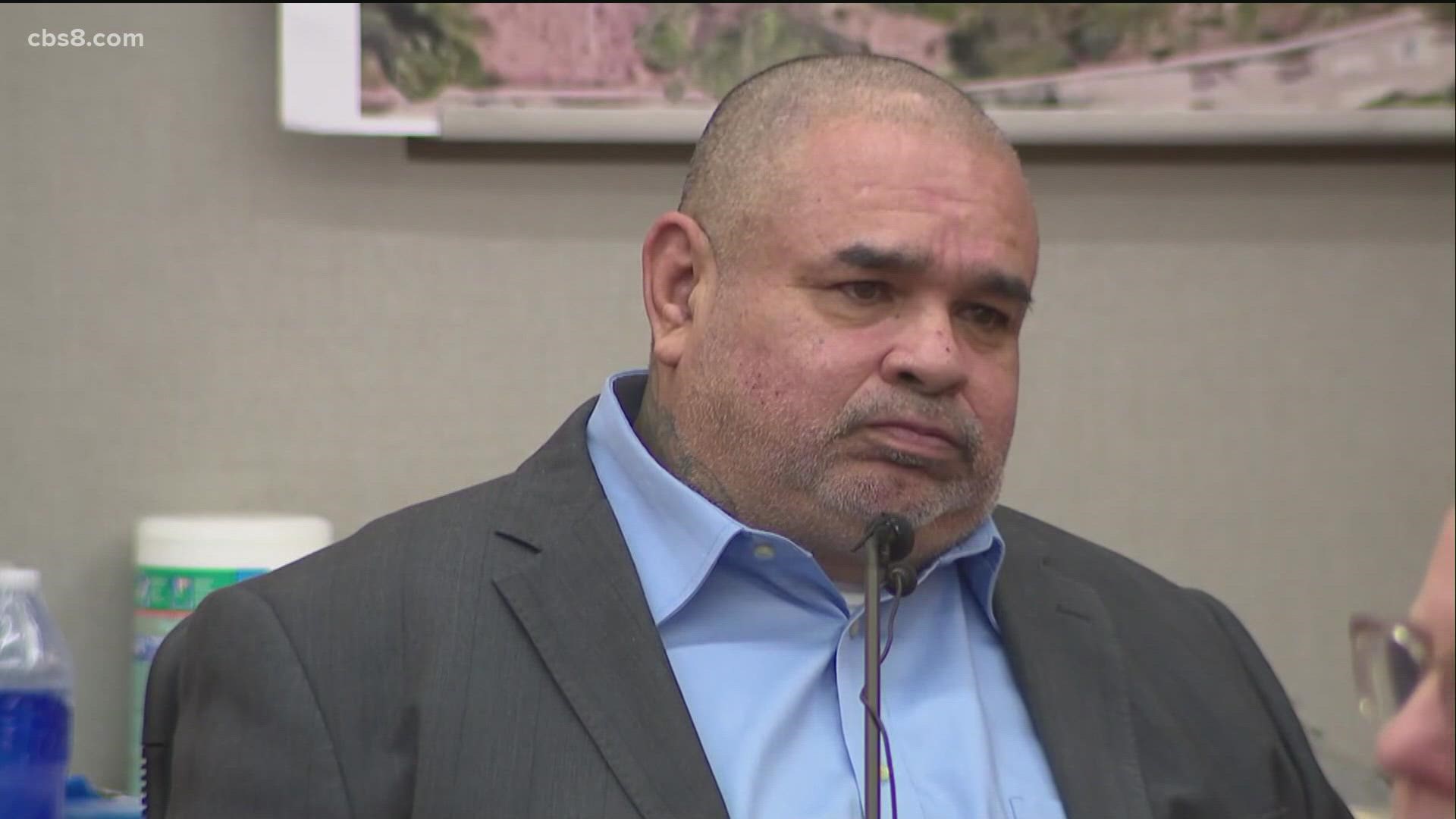 SAN DIEGO — Jesse Michael Gomez, who is accused of gunning down a San Diego police officer more than five years ago, took the stand Thursday in his defense.

Gomez, 60, is charged with murder and attempted murder, plus a special circumstance allegation of murder of a police officer, for allegedly shooting Officer Jonathan "J.D." De Guzman, 43, and fellow gang- unit officer, Wade Irwin in the Southcrest neighborhood on the night of July 28, 2016.

De Guzman, a 16-year veteran of the San Diego Police Department, died at a hospital, while Irwin was shot in the neck and hospitalized for nearly a month.

During his court appearance Thursday, Gomez claimed he was high on meth and thought the officers were gang members and testified that he had been unable to recognize that it was a patrol car approaching him at slow speeds on Acacia Grove Way. He said he only saw that it was a car with its fog lights on.

When the approaching vehicle came to a stop, he said a man got out and asked him, "Where are you from?" Gomez said that question is a common gang challenge, which in his experience growing up in Shelltown means a violent encounter is soon to follow.

When asked to describe what was running through his mind at the time, he testified, "I thought gang members were going to shoot and kill me."

The man who posed the question turned out to be Officer Irwin, who testified earlier in the trial that he asked Gomez, "Do you live in the area?"

Gomez, who testified that he was "real scared" during the encounter, said he heard the question differently.

He said he then "pulled my gun and started shooting towards the voice," then turned his gunfire toward "the silhouette of the car."

Gomez said if he knew they were cops he wouldn't have fired. He also testified that the whole thing lasted several seconds.

After he was shot and he jumped a fence and the only thing Gomez said he remembered was waking up in a hospital handcuffed to the bed.

At the defendant's preliminary hearing in 2019, the partner of slain SDPD officer Jonathan “J.D.” De Guzman, Wade Irwin testified that as he and De Guzman were patrolling the area, they saw two men split up and start walking along the north and south sidewalks of Acacia Grove Way. Irwin said he believed the man on the south side was someone else he had previously arrested. De Guzman stopped the car and Irwin got out of the passenger side, leaving the door open, he said.

Irwin testified that he asked the man if he lived near the area and was shot "almost immediately." He testified that the gunman then approached the open passenger door of the patrol car and fired into the vehicle, where De Guzman was sitting.

After De Guzman was shot, Irwin said he drew his gun and fired on the shooter, who was running eastbound.

Irwin took the stand on Tuesday, August 24 and in recounting the events from that day, he said, "I get out of my car. I'm walking. Take a couple steps then I ask him 'Uh, Do you live in the area?' I just kind of started the beginning of my greeting. Immediately he raises his hand and shoots me in the throat."

Gomez then started walking toward the police car and firing multiple times on De Guzman, Irwin testified. Irwin said Gomez got to within one to two feet from the police car when he was shooting at De Guzman.

Gomez was taken into custody in a ravine off South 38th Street, a short distance from the scene, and was hospitalized with a gunshot wound to his upper body.