The Alpha Project said Monday that 44-year-old Ernie Buchanan, beloved father of six, was the security guard who was killed outside a homeless shelter Saturday. 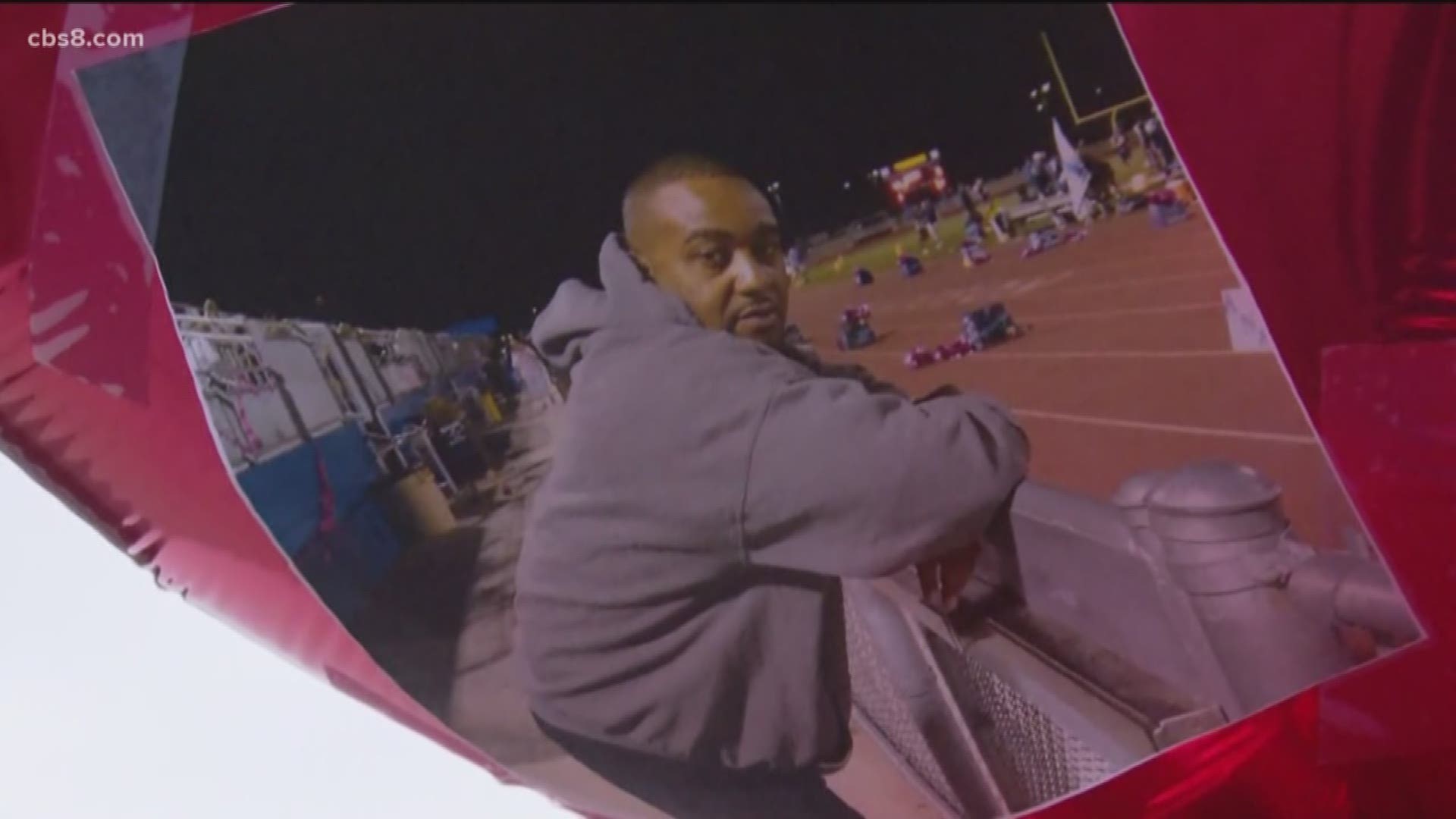 SAN DIEGO — A memorial continues to grow Monday for a beloved security guard who was shot and killed at the Alpha Project homeless tent shelter in the East Village.

The shooting happened around 7:30 p.m. Saturday outside the Alpha Project shelter at 1700 Imperial Ave., said Lt. Martha Sainz of the San Diego Police Department. The gunman approached the guard outside the shelter and shot him several times, then fled the scene.

Bob McElroy, the president and CEO of the Alpha Project, confirmed Monday that 44-year-old Ernie Buchanan was the security guard who was gunned down outside the homeless shelter Saturday night.

McElroy says it is a devastating loss that they are still trying to come to terms with.

McElroy says they will name one of their shelters after Ernie. He says Ernie was on his way back from his lunch break when he was shot and killed.

On Saturday, a shelter employee heard shots fired outside and called police. At about the same time, police in the area were flagged down by someone who also heard the shots nearby. When officers arrived, they found Buchanan on the sidewalk suffering from gunshot wounds. He was taken by medics to the hospital, where he died within about an hour.

"Saddened by the fatal shooting of an Alpha Project employee on Imperial Avenue. Crisis counselors were onsite to support staff and the 100-plus men and women who use the nearby bridge shelter. An investigation is underway."

Officers were reviewing security camera footage, police said. No description of the suspect was released.

A vigil is scheduled to be held Monday at 6 p.m. in front of the Alpha Project to raise donations for the beloved friend and father of six.