The content of her ex-boyfriend's storage locker was auctioned off with the letters inside. 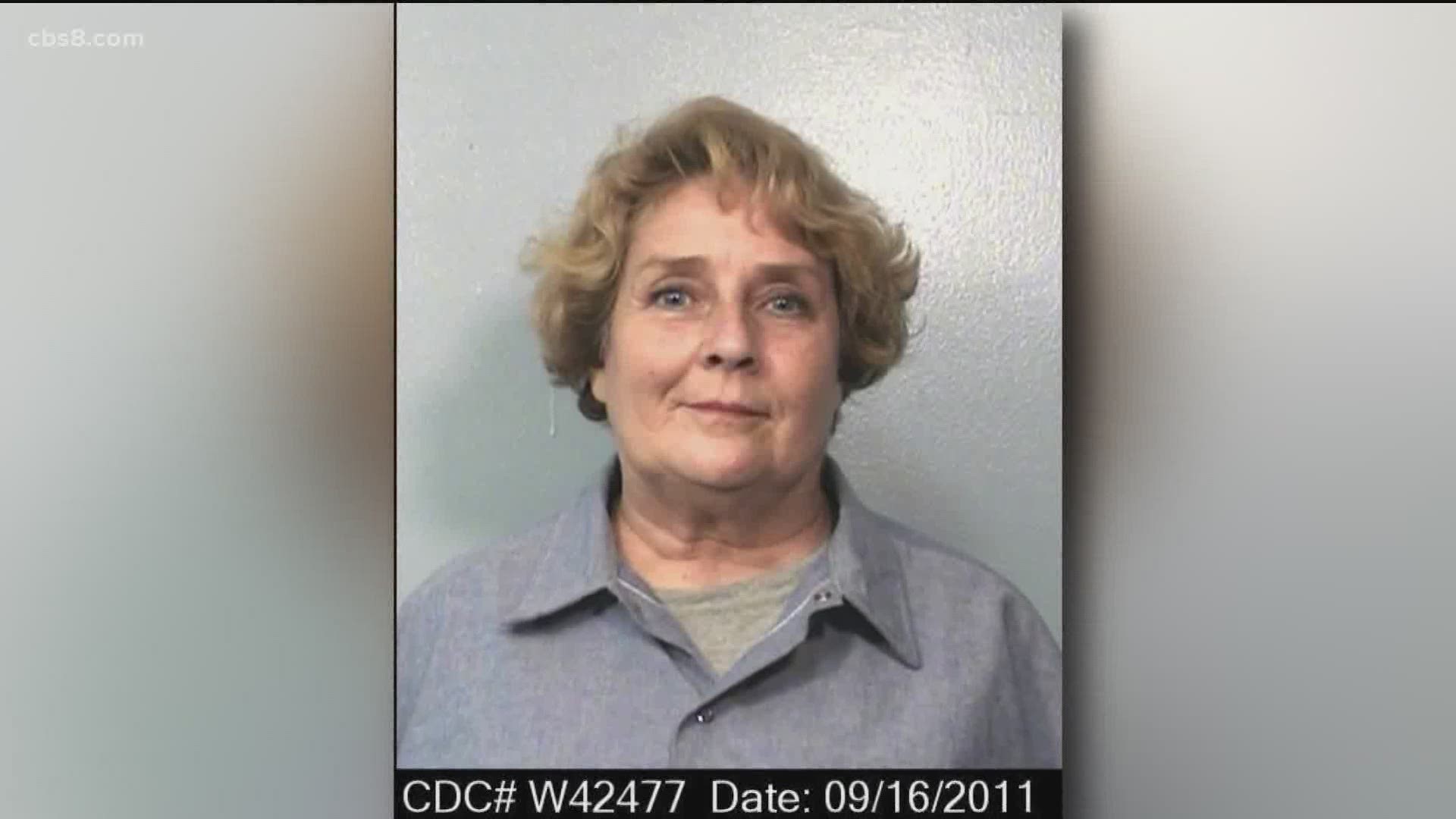 Secret letters infamous murderer Betty Broderick sent to her boyfriend begging for money and affection from behind bars have been published after being discovered in a forgotten San Diego storage unit.

Betty, 73, became a household name when she shot dead her ex-husband Daniel T Broderick III and his second wife Linda, the woman he had left her for, in November 1989.

The shocking double homicide captivated the nation and was even turned into a Netflix series this year with Christian Slater starring as Daniel and Amanda Peet appearing as the jilted ex-wife turned killer Betty in Dirty John: The Betty Broderick Story.

But Betty's boyfriend Bradley Wright, who she began dating before committing murder and who discovered the bodies of her victims, was not included in the television retelling of her crime.

The letters from 2003 to 2006 shed a light on Betty's time in prison and her relationship with Bradley who stayed in touch with his murderous girlfriend and sent her money well after her sentencing in 1991.

In an interview with News 8, Wright said he wished the letters were never discovered from his storage locker in Sorrento Valley.  When he quit paying rent to the storage facility, the contents of the locker were auctioned off.

“For me personally, it's just like reopening a sore wound that I've tried, after all this time, to sort of fade away,” said Wright.  “I don't know why the American public is always so excited about these kind of things.”

The secret stash of love letters were unearthed in October along with checks Bradley sent to Betty's daughter and money order receipts.

Betty, who is incarcerated at the California Institute for Women in Corona, CA, gushed over her lover in the correspondence.

In one letter, from April 2006, she wrote: "If I had a penny for every time I think of you, I'd be a millionaire many times over."

The mother-of-four insisted that Bradley was her perfect man in another message.

"I was thinking of what I'm looking for in a man - since you are not available - well the list was a description of you!  You're exactly the guy! Dammit."

She also urged Bradley to leave his partner for her and encouraged him to "sneak" away and visit her in prison.

"If you want to live in La Playa with me, like you say you do, going back to Lisa is not how that's gonna happen.  I can't believe you don't come here!  It's been years!  Now that she's back to work, maybe you can sneak away?"

Betty even took it upon herself to dispense relationship advice to Bradley and asked him to seek professional help in her letters from prison.

"Sorry to hear your life is a mess. I don't want to come back to a mess," she wrote.  "Did you go to counselling?  Whatever patterns you have will continue for better or worse.  You know the definition of insanity? Doing the same thing over and over and expecting a different result.  I should know!"

Betty continually begs Bradley for money in the letters.

"Today is Sept 14 and I still don't have the August money," she wrote in 2003.  "Please send me August and September - this place is stressful enough without stressing over the money every month."

Three checks - two for $2k and one for $1k - were tucked into the stash of letters as well as a log book for funds that Brad sent to Betty behind bars.

The correspondence showed that Betty feared she was losing her hold on her lover and wrote with desperation that she checked the obituaries when she failed to hear from him.

She wrote: "I check the obits regularly - so far I have not seen yours.  Where are you? and where is my money? Help!!! I need to see you - it's been too too long."

"No Halloween card - Boo! No B'day card - No Thanksgiving - No Christmas - No Happy New Year. How about Valentine's Day??"

Wright, the ex-boyfriend, told News 8 he currently is married and has moved on with his life.  He’s now age 66.

“So, much time has elapsed right now, so this revelation that there [were] some letters from Betty to me that surfaced out of nowhere, I mean, so what?” he said.

Betty married Dan in 1969 and watched as he became a successful lawyer, graduating from Harvard Law School.

She began to feel that he neglected her and their children and by 1983 she suspected he was having an affair with Linda, his legal assistant, who some claimed looked like a younger version of Betty.

The marriage crumbled as Betty became convinced of her husband's infidelity, once even burning his clothes in a bonfire after she visited his office and found that he and Linda were gone for the day.

Dan admitted that her suspicions were right and in 1985 he filed for divorce.

Their legal battle lasted five years and was known as one of the worst divorce cases in San Diego.

In 1989 Dan married Linda and Betty's resentment towards her ex-husband and his new wife only intensified.

She repeatedly told her children that she would kill their father.

Dan took out a restraining order against Betty but she repeatedly broke the order.

Seven months after Dan married Linda, Betty broke into their home on November 5 1989 and shot them both dead.

It was her boyfriend Bradley who found the bodies in the master bedroom.

He told police that he had spent the night with Betty and woke up to find her gone and the phone ringing.

He picked up the phone and heard a female friend of Betty's asking him to go to Dan's house and check that everything was alright.

When he arrived at the house, he found a bloody murder scene and called the cops.

Despite continuing a relationship with Betty, Bradley testified at her trial and admitted that she spoke of her hatred of Dan and her desire to kill him and Linda.

Betty was sentenced to 32 years in prison for the murders and she is expected to spend the rest of her life in incarceration.

She was denied parole twice over the years and she will be 84 when she is up for parole again in 2032.