Carlsbad Police: Do not to take murder investigation ‘into your own hands’

The department warned neighbors posting on Nextdoor not to search for person of interest. 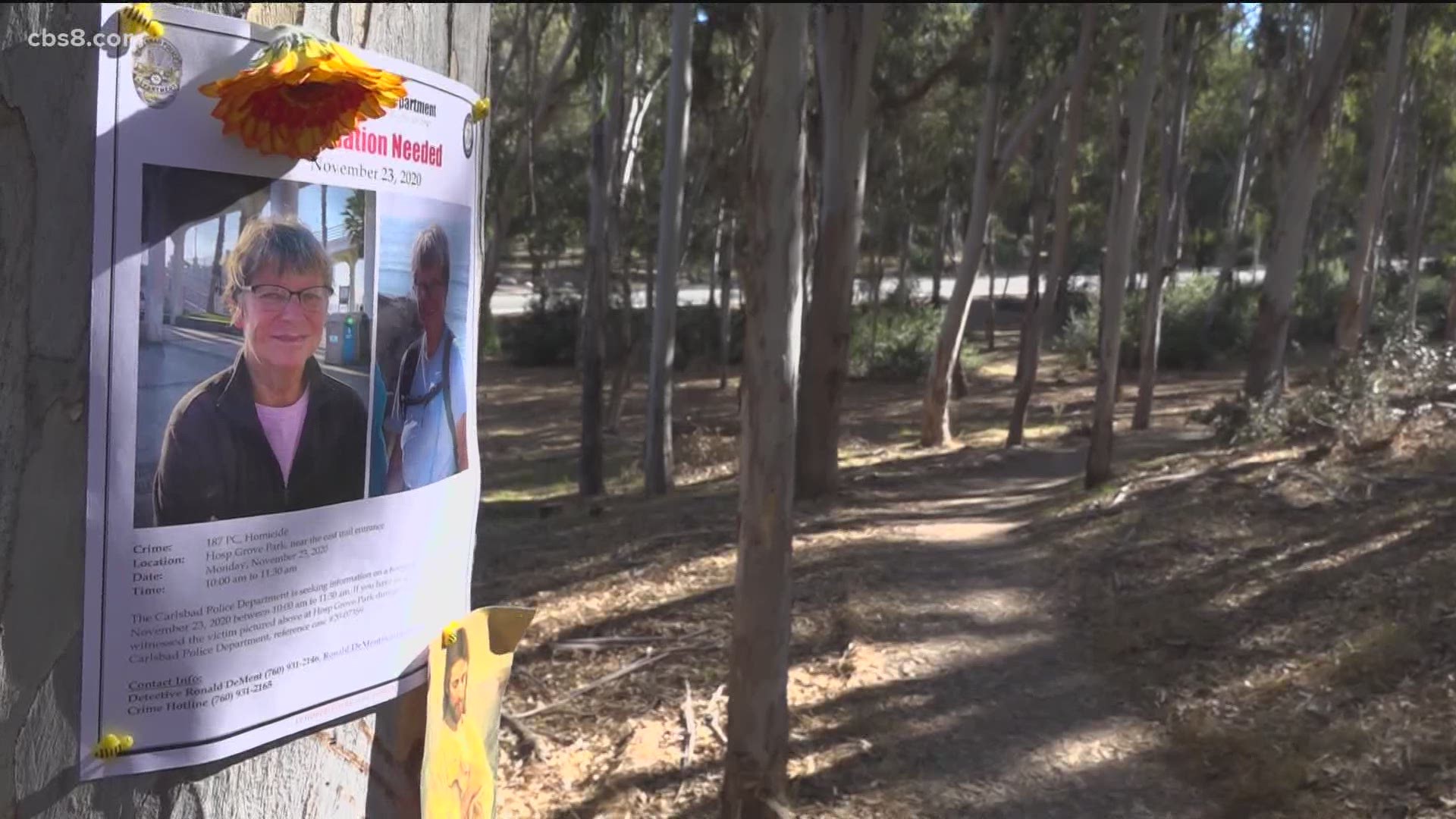 CARLSBAD, Calif. — The Carlsbad Police Department put out an alert Monday on Facebook warning neighbors not to take the law into their own hands as the search continues for the killer of a woman in Hosp Grove.

Officers continue to patrol the trails to the west of Monroe Street, where hiker Lisa Thorborg, 68, was found stabbed to death on the morning of November 23.

Officers had been looking for a person of interest, seen in the area at the time of the murder, described as White or Hispanic, with a husky build, wearing black clothing, and walking with a limp.

This week, neighbors started posting on Nextdoor, wanting to search nearby homeless encampments along the Buena Vista Lagoon.

One neighbor posted, “I hope police have thoroughly investigated the transients in the area because they are known to carry knives."

In response to the remarks on social media, Carlsbad Police posted an alert on Facebook saying, in part:

"...on Nextdoor people are being encouraged to go into rural areas with potential encampments to search for the suspect.  Please do not do this... We ask that you do not take the investigation into your own hands..."

On Monday, a Carlsbad Police detective told News 8 the person of interest had already been identified and investigators did not believe he was connected to the murder.

Detectives continue to operate on the theory that Thorborg did not know her murderer and the crime was a random attack.