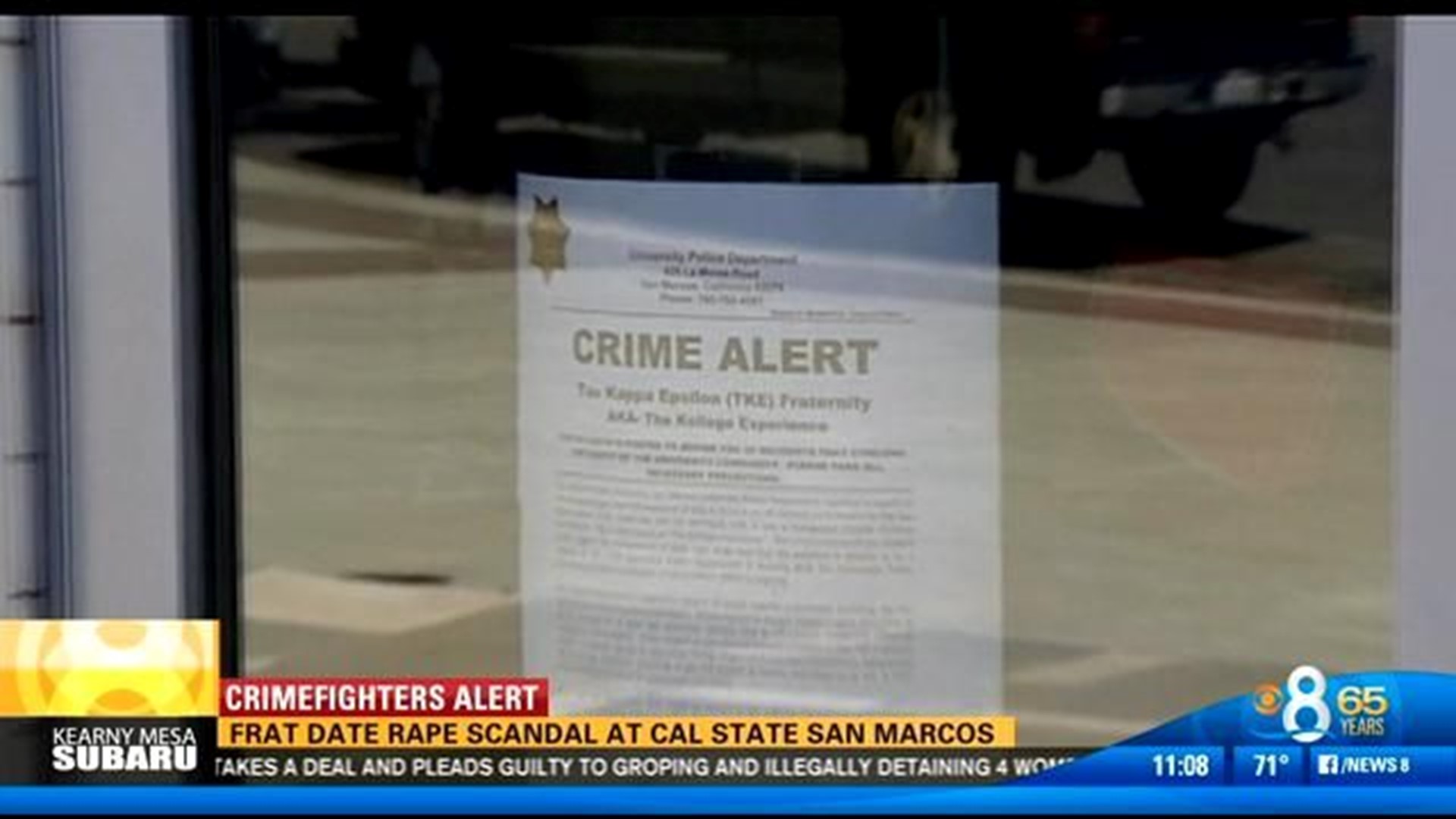 
CSUSM and Oceanside police are looking into a report of an alleged rape May 4 at an off-campus party hosted by the fraternity, and additional reports that members were involved in other sexual assaults on or near the campus and at off-campus residences where Tau Kappa Epsilon members lived, according to a university statement.


Campus police described one suspect as white, 19 years old, 5 feet 9 and 130 pounds with blond or brown hair and blue eyes. Additional suspects have yet to be identified.


The reports prompted university officials to issue a campus alert for the "possible threat to the campus community." The fraternity has not been a recognized student organization for nine years although most of its local members were believed to be CSUSM students, according to the university.


"I am appalled and deeply saddened by these reports," University President Karen Hayes said. "The safety and wellbeing of our entire campus community is the highest priority for CSUSM. We will not tolerate nor ignore sexual assault and we will hold members of our campus community accountable for their actions."


The school is advising "students and all campus community members to consider carefully whether their presence at or near TKE social events and parties could place them in danger of sexual assault, date rape drugs or similar illegal drug and/or alcohol use and abuse," the statement said.


The alleged May 4 assault involved one member of the fraternity and the use of date rape drugs, such as Rohypnol, GHB and ketamine, the university said.


Other allegations against the fraternity include pervasive hazing, intimidating a victim or witness, harassment and tampering, vandalism, providing illegal drugs and alcohol to minors and illegal drug use, according to the statement.


Tau Kappa Epsilon lost its recognition as a student organization in 2005 as a result of underage alcohol use and a failure to maintain academic standing. It still belongs to the fraternity's national organization. The chapter has been suspended as a result of the current investigation.


Cal State San Marcos officials also asked anyone with information about the incidents or who believed they or someone they know was a victim to come forward and report what they know to the university by calling (760) 750-4567 or (760) 750-7233, or to local law enforcement or the state Attorney General's Office.