Witnesses reported seeing Vaughn Denham, 48, attack another man in the head and torso with a machete, causing serious injuries. 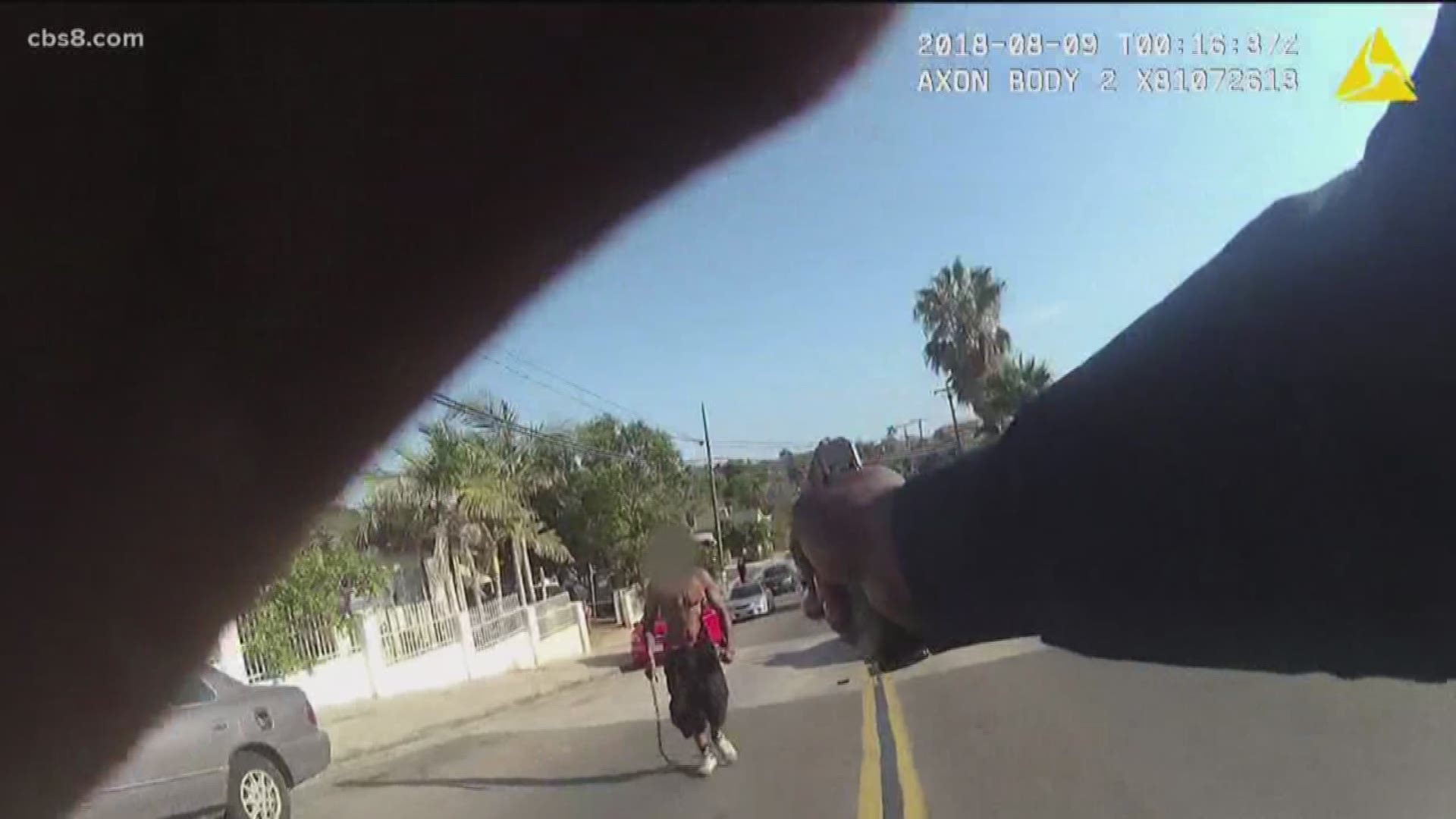 SAN DIEGO — Content Warning: The video contained in this story is graphic in nature and it may be disturbing to some readers.

The San Diego District Attorney’s office has completed its review of an incident from August 2018 in which a suspect swinging a heavy metal chain advanced toward a San Diego Police officer for a block and a half, refusing to comply with the officer’s repeated commands to drop the weapon and get on the ground. 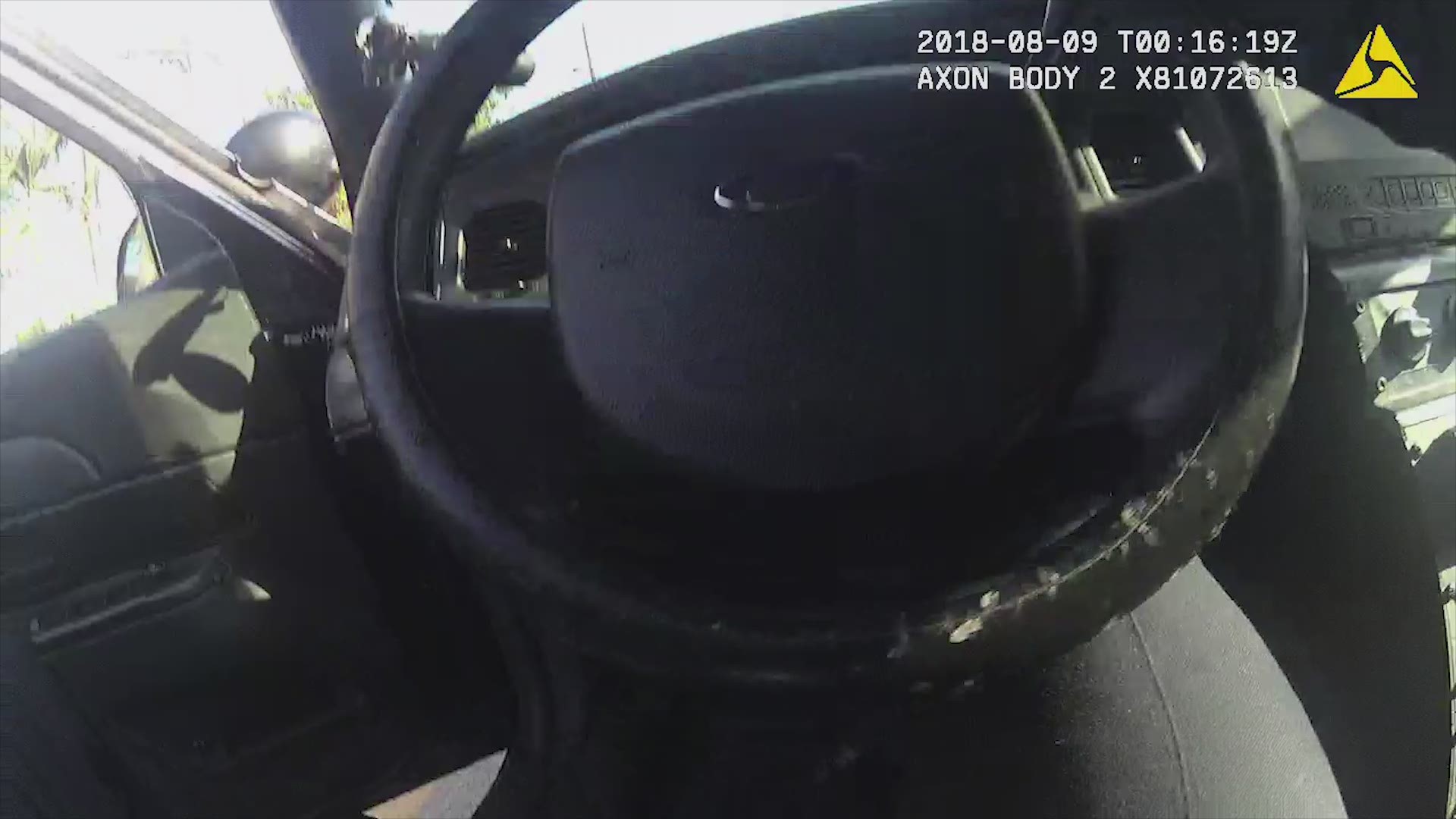 The incident began when San Diego Police received a 911 call reporting an assault. Witnesses reported seeing Vaughn Denham, 48, attack another man in the head and torso with a machete, causing serious injuries. San Diego Police Officer Corey Pitts responded to the call and as the officer was getting out of his patrol car, Denham ran up to the car and swung a four-foot long metal chain, striking the car. Pitts then got out of the vehicle and ordered Denham to drop the chain, but Denham proceeded toward the officer, according to the D.A.'s account.

Pitts then Tased Denham, but it appeared to have no effect, leading the officer to retreat for "a block and a half" before eventually firing two rounds from his gun at Denham in the area of Boston Avenue and South 40th Street, according to the letter signed by District Attorney Summer Stephan.

Denham died in a hospital at around 7:45 p.m. Pitts was not injured.

An autopsy showed Denham had four gunshot wounds, but two of those may have been reentry wounds, according to the D.A.'s letter, which also says toxicology results showed PCP, marijuana and methamphetamine in his system.

The review concluded that "Pitts fired at Denham in his own defense. He therefore bears no state criminal liability for his actions."

The DA’s detailed analysis can be found here.