San Diego police say that the number of ghost guns retrieved by law enforcement has risen steadily each year. The ordinance to ban them takes effect Oct. 23. 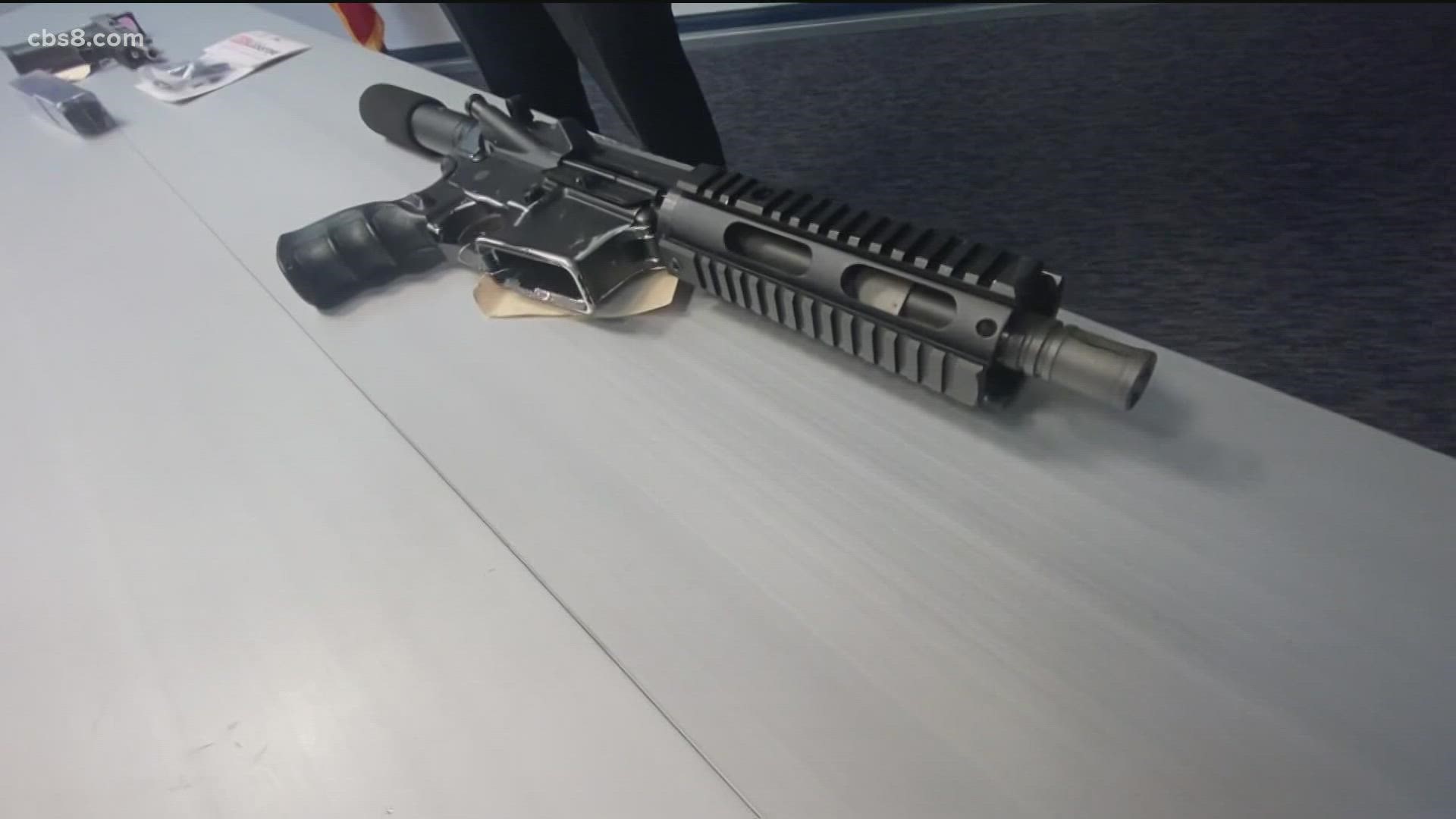 The lawsuit filed Thursday in San Diego federal court, hours after Mayor Todd Gloria signed the ordinance, seeks to block enforcement of the ban prohibiting the possession, purchase, sale, receipt and transportation of non-serialized, unfinished frames and receivers, and non-serialized firearms, all of which are commonly known as ghost guns.

The guns, also known as "do-it-yourself guns," are homemade, personally manufactured firearms that do not have commercial serial numbers. They are untraceable due to the lack of identifying markings and therefore can evade state and federal regulations that apply to firearms such as background checks.

"The right of individuals to self-manufacture arms for self-defense and other lawful purposes is part and parcel of the Second Amendment right to keep and bear arms and an important front in the battle to secure fundamental rights against abusive government regulations like San Diego's unconstitutional ban," said Adam Kraut, FPC's Senior Director of Legal Operations.

In the plaintiff's request for an injunction, they state that "such a broad prohibition against the exercise of constitutional rights, untailored in any way and untethered from any legitimate interest that could be achieved, wouldn't be tolerated for a moment if the rights being targeted were secured under the First Amendment. Just the same, it cannot be tolerated here, where it targets rights of equal importance secured under the Second Amendment -- specifically, the right to keep and bear arms."

"The city has really overstepped when it comes to the Second Amendment rights of San Diego citizens," plaintiffs' attorney John Dillon told News 8.

"There is nothing in our history or tradition of law, any precedent that would suggest that the city has any authority that would prohibit law-abiding citizens from making their own guns," he added.

"Anyone who has an unfinished frame or receiver, they have to get rid of this before the law goes into effect on October 23rd," Dillon said. "So the government is taking that property without just compensation."

The ordinance authored by City Councilmember Marni von Wilpert came in response to a reported increase in the proliferation of ghost guns in the city, and closely followed a deadly shooting in the Gaslamp Quarter that police allege was committed with a ghost gun. Authorities allege the suspected shooter was prohibited from possessing firearms, a common denominator among nearly all those caught with ghost guns, according to police.

"A tragedy that did not have to occur," Von Wilpert said, leading up to Mayor Gloria's signing of the ordinance on Thursday. "A man who was legally prohibited from owning a gun was able to commit this crime, killing a fellow San Diegan and injuring others because he got a ghost gun."

The vast majority of ghost guns recovered by SDPD are seized from people who cannot pass state or federal background checks because of a criminal conviction involving a felony, violent misdemeanor and from persons who are prohibited due to mental illness.

While supporters of the ordinance believe that it will make San Diego's streets safer, opponents counter it only targets law-abiding gun owners.

"Nothing is really going to change," Dillon said. "Those people who want to knowingly violate the law and hide illegal firearms: they are going to do that regardless.

"Nothing is really going to change -- Those people who want to knowingly violate the law and hide illegal firearms -- they are going to do that regardless."

News 8 reached out to the city of San Diego for comment on the lawsuit, but as of Friday night had not yet received a response.