Murder count in Tijuana hits 1,700 since beginning of year

Journalist Vicente Calderon with tijuanapress.com has been working the streets of Tijuana for decades and expects the murder count rise above 2,000 by year’s end. 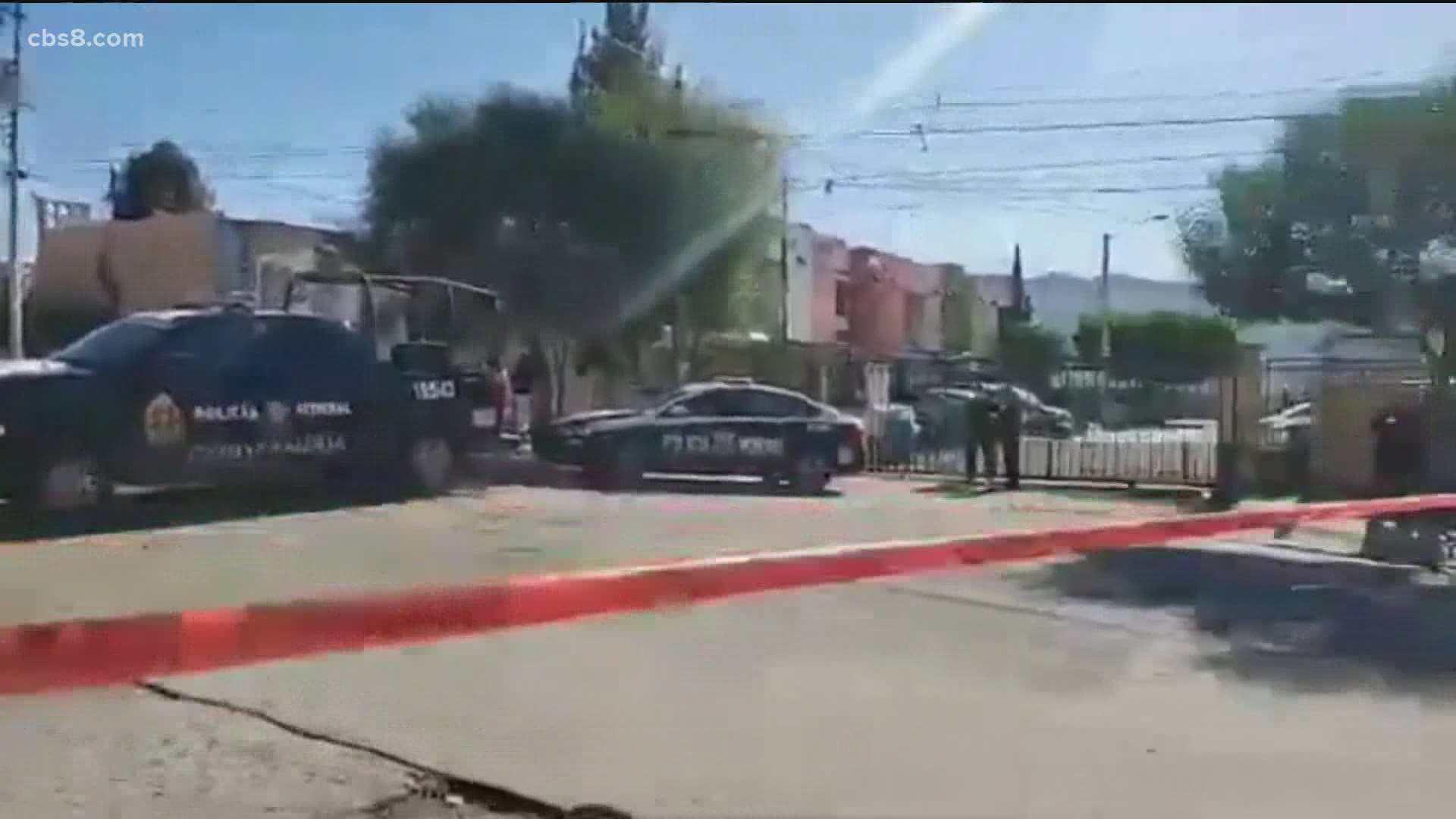 SAN DIEGO — So far this year, more than 1,700 people have been murdered in the city of Tijuana, and more than 80 of those homicides came in November.

Journalist Vicente Calderon with tijuanapress.com has been working the streets of Tijuana for more than three decades.  Calderon is used to seeing blood and violence but, he said, recently it just seems worse.

“We have seen spikes in the number of homicides, not only in Tijuana but also in the city of Tecate.  Yesterday, we had a 24-hour period of about eight killings.  Also, we have seen a spike in homicides in Ensenada,” Calderon said.

On Tuesday, an American citizen was gunned down inside his car as he was waiting to cross into the U.S. at the San Ysidro border.

Last month, police found the remains of Los Angeles firefighter, Francisco Aguilar, who was shot in Rosarito during a failed kidnapping attempt.

“The remains were found in the outskirts, between the cities of Rosarito and Tijuana, in a remote area and were basically burned completely.  They found the remains of the bones of the skeleton of the gentleman,” said Calderon.

A 5-year-old boy was killed recently during a shootout in the street between a gunman and police, Calderon reported.

“The kid was playing outside in his patio at his house and he was hit by a stray bullet apparently from one of the officers,” according to Calderon.

Calderon said most of the homicides are due to drug activity and drug cartel turf wars.

“Either they are laundering money, they are selling drugs on the street, or they are building these hideouts on their vehicles so the drugs can be taken illegally across the border,” he said.

The violence, by and large, does not involve tourists.  But the veteran journalist said people still need to be careful when traveling in Tijuana, as in any foreign city.

“As long as you don't get into dark alleys, and you don't deal with drugs, your chances of being a victim of this type of violence are not over the average,” Calderon said.

He expects the murder count rise above 2,000 victims by the end of the year. Last year, Tijuana logged more than 2,100 murders.

COVID-19 travel restrictions with Mexico remain in place, but were set to expire on November 21.  Reuters reports the restrictions will be extended another 30 days, continuing them to at least December 21.