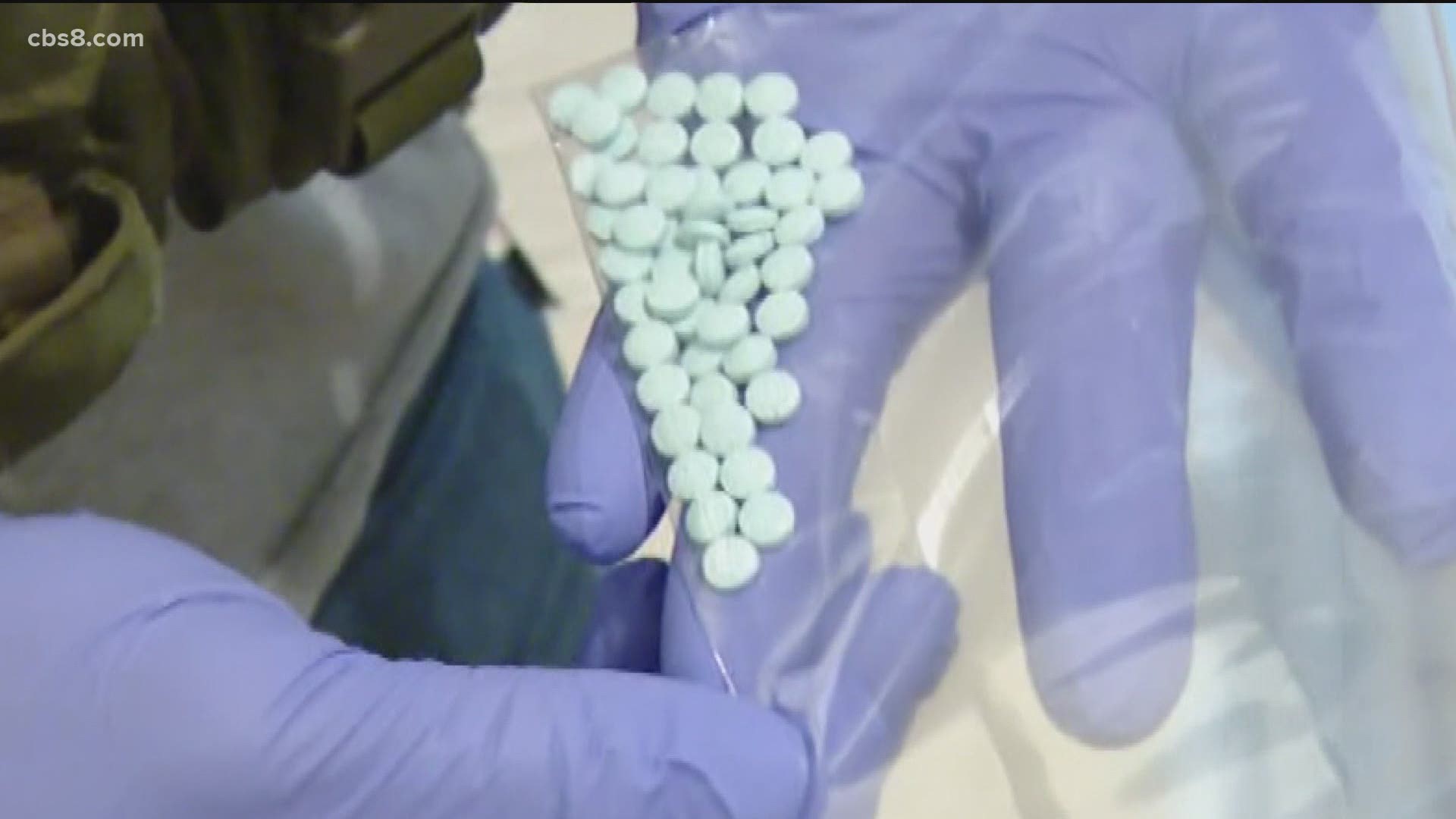 SAN DIEGO COUNTY, Calif. — Around 700 fentanyl-related overdose deaths are projected to occur in San Diego County by the end of the year, according to a joint warning issued Wednesday by San Diego County law enforcement and prosecutors about the drug's dangerous potential.

Officials say overdose deaths are spiking across the county, rising from 151 such deaths in 2019 to 461 in 2020. The multi-agency Narcotics Team Task Force 10, which investigates overdose deaths in San Diego, responds to an average of five to six calls on a weekly basis, mostly involving fentanyl, according to the San Diego County District Attorney's Office.

"Parents are finding their children dead from fentanyl overdoses, boyfriends finding their girlfriends dead, and children are being put at risk by this alarming spike," said District Attorney Summer Stephan. "We've been sounding this alarm for years but the problem is only getting worse."

In response, the DA's Office says it has launched an outreach campaign detailing the dangers of fentanyl use and stepped up prosecutions against dealers whose sales result in deaths. Three defendants are currently charged with murder in connection with fatal overdoses.

"Fentanyl-laced drugs continue to be sold on the streets and we need to get the word out that you never know what you're taking if it's not from a pharmacy," Stephan said.

The county's law enforcement response includes equipping its sheriff's deputies with Naloxone, a nasal spray that counters the effects of opioid overdoses.

The county also offers drop boxes where expired, unused or unwanted medications can be disposed. Dropbox locations can be found here.