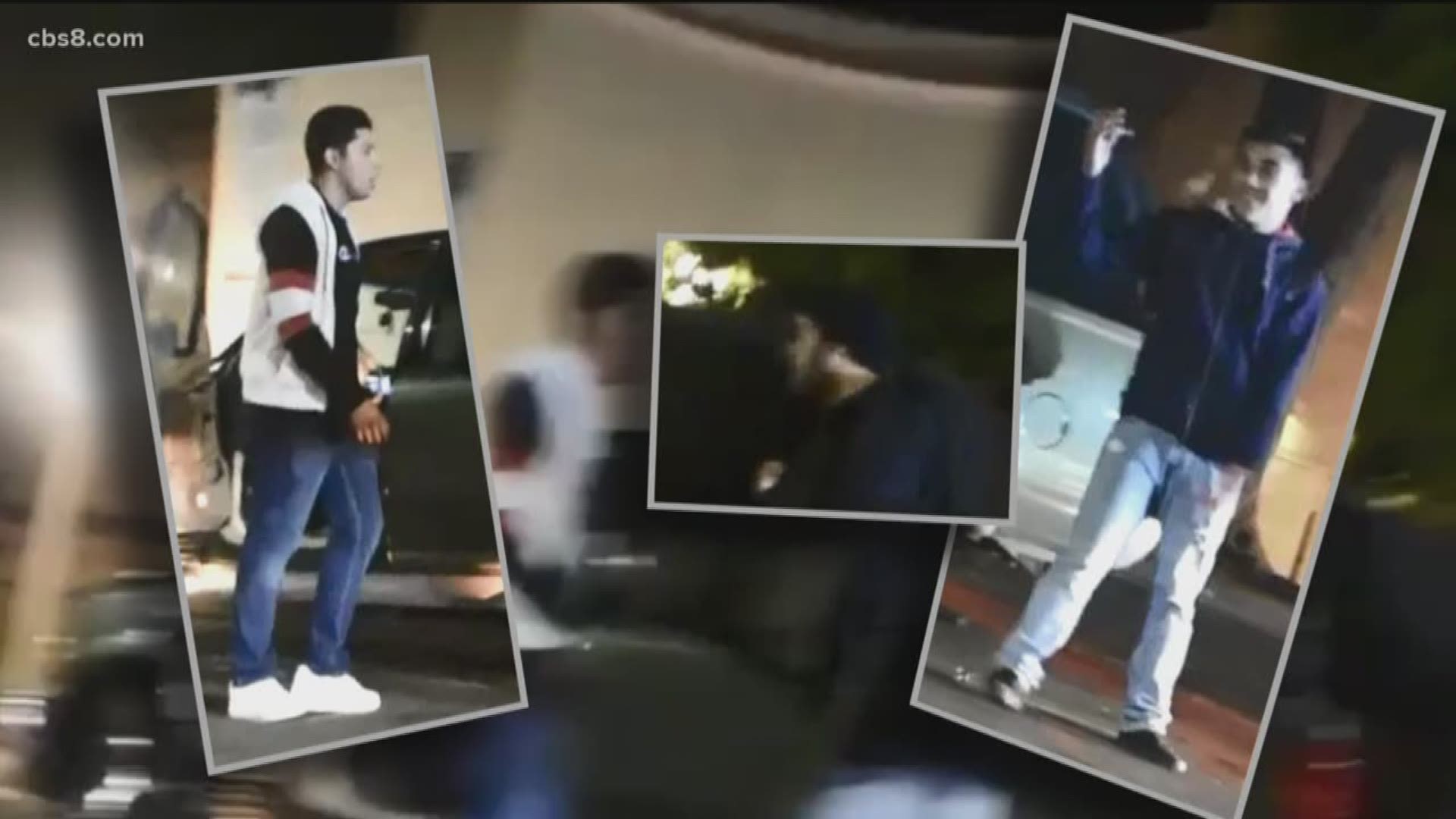 SAN DIEGO — Authorities Friday reached out to the public for help in identifying and locating a group of thieves suspected of stealing an estimated $28,000 of equipment from the Starlight Bowl in Balboa Park last month.

"The occupants of the vehicles appeared to be attending an organized meet-up and were seen leaving their vehicles and walking towards the theatre," the department said in a statement.

Police said that among the attendees who had arrived were the burglary suspects, who broke through a chain-link fence on the exterior of the theatre and used an unknown tool to force the ticket office doors open.

The thieves stole various electronic audio and visual equipment, several flat-screen TVs and multiple guitars, amounting to an estimated loss of $28,000. The estimated damage to the theatre was still being determined.

Investigators located surveillance video that showed a white, early to mid-2000s Jeep Liberty arrive in the parking lot after the large crowd had left.

The occupants of the Jeep changed clothes outside the vehicle near a dark, compact sedan, possibly a Subaru Crosstrek.

Additionally, an anonymous person submitted cellphone video that showed several men standing near a Ford Expedition just outside the theatre, talking about having a TV for sale.

Anyone with information about the suspects was asked to call SDPD's Central Division at 619-744-9533 or Crime Stoppers at 888-580-8477. Tipsters can contact the agency online at sdcrimestoppers.org, may remain anonymous and could be eligible for a reward of up to $1,000.