Investigators in Mexico said robbery appears to be the motive in the double murder. 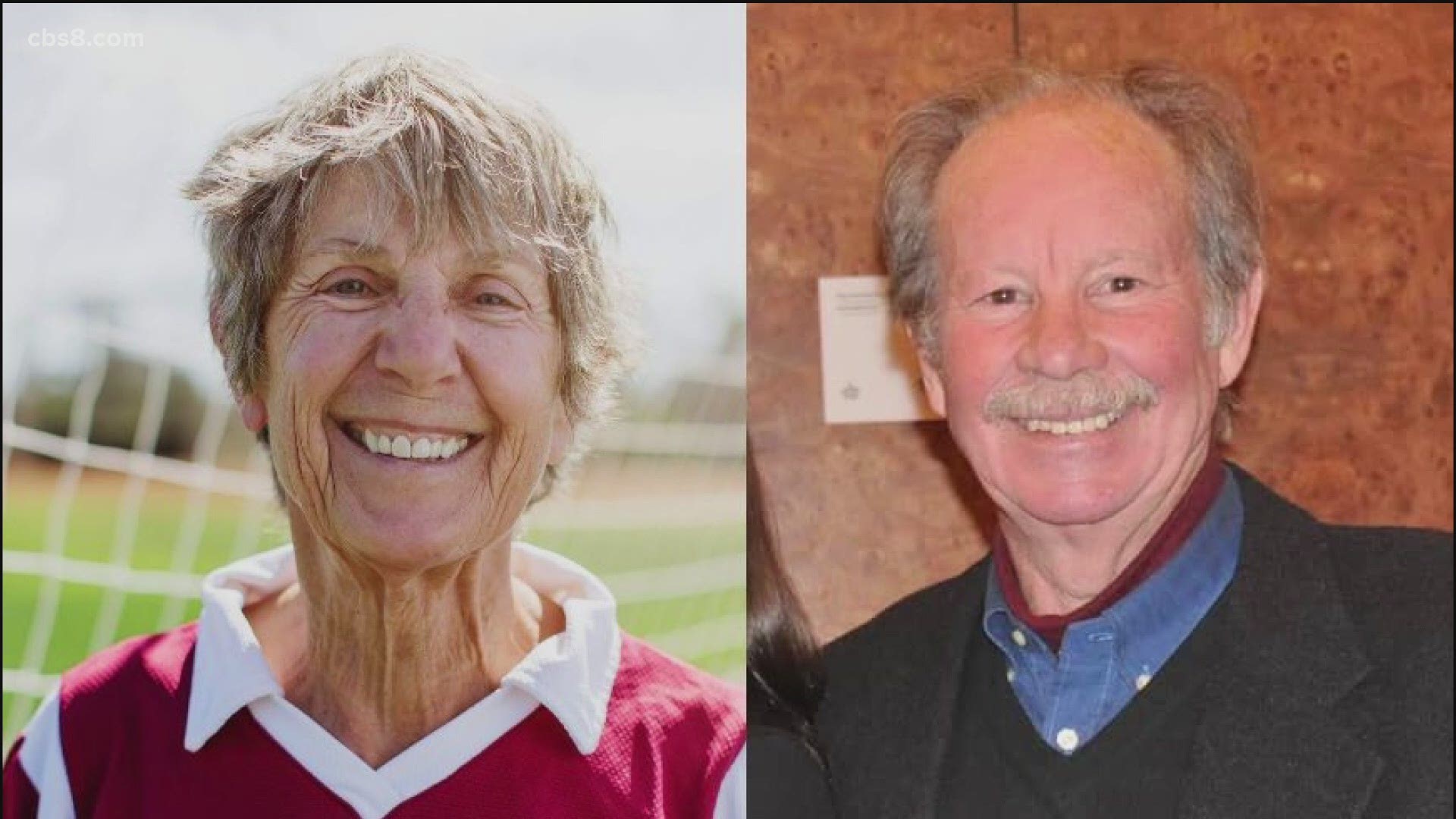 SAN DIEGO — Investigators in Mexico said Tuesday they were pursuing a suspect in the murder of a San Diego couple in Baja, Mexico, and the motive in the murders may have been robbery.

Authorities in Baja released new details in the deaths south of San Quintin, and also spoke about another case, where a Los Angeles firefighter remains missing near Rosarito in an apparently unrelated case.

Baja state prosecutors spoke during a news conference Tuesday in Tijuana, about both cases involving American tourists, who went missing south of the border in recent weeks.

Authorities said it appears the retired, San Diego couple – Ian Hirschsohn, 78, and Kathy Harvey, 73 – were stabbed to death as part of a burglary and robbery in the community of El Socorrito, south of San Quintin, about 200 miles south of the border.

Hirschsohn had leased a vacation home in the community since the 1980s.

“It's a very kind of rural area, and there's a lot of communities for expats in that area. It's very close to the coastline,” said Vicente Calderon, editor of tijuanapress.com.

Baja prosecutors said the suspect in the couple’s murder is a known drug addict, who entered the couple’s home with the intent of robbing them and then used the couple’s Toyota Land Cruiser to transport their bodies to a nearby location where the remains were found.

The location of the remains was described as a shallow well or water hole.

“They were able to find two bodies in the well, and they were covered with bushes from that area.  And they only were able to see the hand from one of the bodies,” said Calderon.

Authorities are securing an arrest warrant and would not release the suspect’s name.

Calderon was able to confirm what News 8 had previously reported, that the couple’s vehicle was found abandoned in Ensenada.

Baja officials said they have a witness to the crime who has helped them with the investigation.

Friends and family members said the couple loved to travel.

“It's a hell of a price to pay for wanting to go have a little fun,” said Mira Mesa resident, Toy Estrada, who traveled to Norway with Kathy Harvey n 2018 to play in a soccer match on a remote island.

“She's a breast cancer survivor and she was out there running around with the rest of them,” Estrada said.  You go out and watch Kathy play, she was giving 110%. She'd come off that field gassed, completely exhausted. She wanted to go out and do more.”

Prosecutors said Francisco Aguilar, 48, may have been forcibly kidnapped from an unnamed bar in Rosarito.

And, it is possible the suspects returned to Aguilar's nearby house south of Tijuana, officials said, which may explain why family members later found Aguilar’s house ransacked.

*****
Editor's note:  This article has been updated from its original version.