San Diego (CBS 8) There's been a shooting at a restaurant in Vista.It happened just after 8 in the 900 block of East Vista Way near Williamston Street.Sources tell us an employee of the restaurant ... 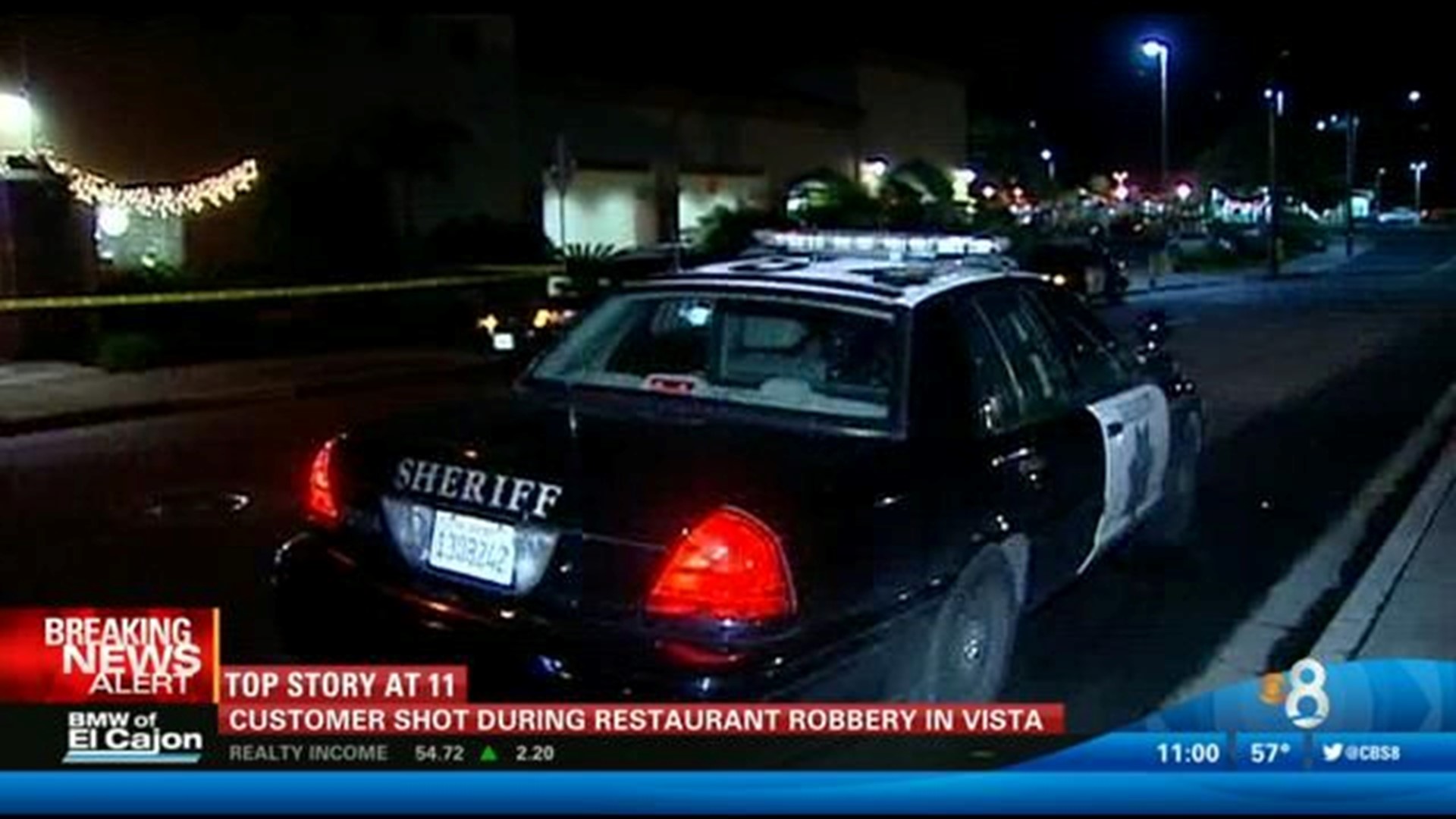 San Diego (CBS 8) – A robbery at a Vista restaurant led to a customer being shot Monday night.

Investigators say the female customer inside was shot. CBS News 8 was at Scripps La Jolla when the victim arrived by Mercy Air. Deputies say she was shot in the lower stomach and is recovering from non-life threatening injuries.

The suspect fled the scene with cash. There's an active search for the gunman.

“Deputies responded to the scene very quickly they were already in the area. They set a perimeter and we used our K9,” said Sgt. Deborah Eglin.

Deputies are working to find out what led to the shooting but encourage anyone who comes face-to-face with a gunman to comply with their demands.

“If you are confronted with an armed suspect to not fight and give them whatever they are asking for and call 911,” said Eglin.

If you have any information call law enforcement.